Some 15mm Copplestone Fantasy Figures and some music to paint by

Well, I have now finished seven of Mark Copplestone's new 15mm fantasy figures and very nice they are to paint too.  They are, however, very small and I think they actually take longer to paint than 28mm figures given that I keep making mistakes and then have to try to correct them.  How people paint armies of 15mm figures is beyond me! Maybe five colour shading isn't really necessary on figures this size! 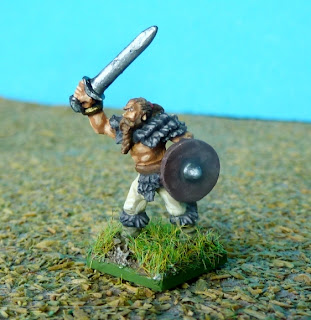 Copplestone Castings have come out with three more sets since I bought the original  three sets but I am going to be be disciplined and not buy them until I have painted the remaining 23 figures -sometime around next June I suspect! 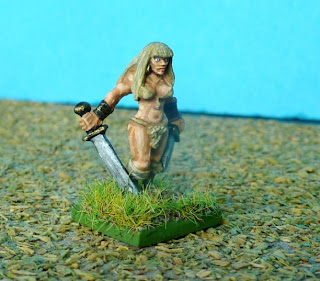 Basically, there are two forces out so far barbarians (and a few barbarianettes) and Northlanders (with beards).  There is also a trio of snow trolls who are about 25mm tall.  I'm not usually a fan of monsters in fantasy wargames but these do look rather good. 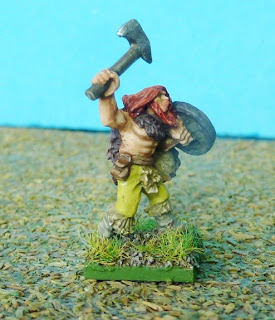 I seem to recall reading somewhere that the next figures would include some archers.  Then the idea is to do some fantasy Romans as opponents.  Hopefully these will sell well and he might add to this range.  I notice that he has sold his Glory of the Sun range which means that this fantasy range is the only one he is producing new figures for at present. 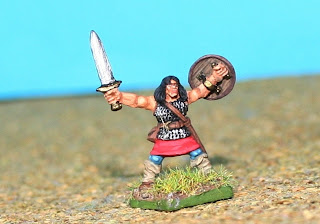 I've been reading the new Gripping Beast Saga rules this week and think they might work well for these figures with not very much tweaking. 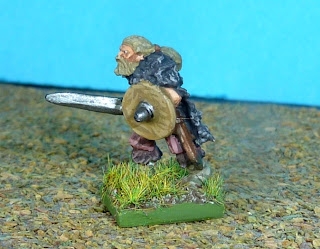 Anyway I have based and undercoated another eight figures so will work on them in the very little time I have to paint at present. 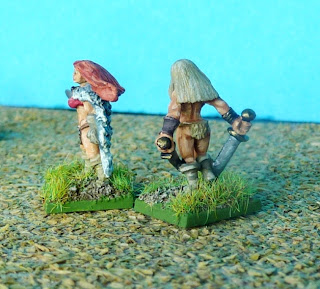 Finally, I always need the right music to paint figures to and recently picked up the new recording of the complete score for Conan the Barbarian by the City of Prague Symphony Orchestra.  I usually don't like re-recordings and prefer the original soundtrack but this new recording is a marvel and shows the limitations of the original soundtrack, as Basil Poledouris himself acknowledged. 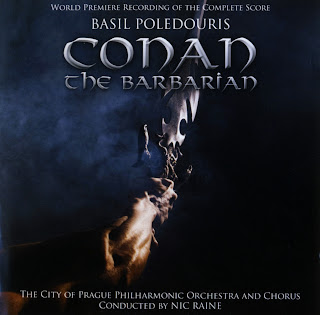 It is one of the best orchestral film scores ever written, with Poledouris bunging everything from mock Orff, Prokofiev and Vaughan-Williams to medieaval plainchant and Renaissance music into it but making it all sound completely coherent.  It was also very influential in that you can hear parts and effects which have been re-used by other soundtrack composers ever since. Whilst typing this I just noticed one cue that reappears, virtually unaltered,  in Jerry Goldsmith's soundtrack for The Mummy. 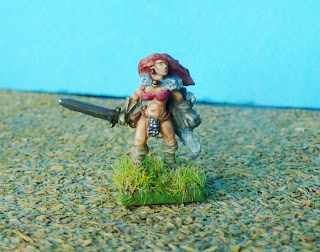 In addition, I manged to find the hard to get score for Red Sonja by Ennio Morricone on eBay which is not nearly as complex but has some strong themes in it. I had, therefore, to paint one of my figures as Sonja.  Schwarzenegger pronounces it "Sew-nya" in the film whereas in Britain, at least, we would call her "Sonn-nya".  Anyway, for me the name always reminds me of one of my sister's friends who I got very drunk with at my sister's fortieth birthday party some years ago and we both behaved very inappropriately (according to my sister, anyway, it all seemed most appropriate to us).  She had short blonde hair, not red, but she had a formidable, gym-toned body (and a much bigger bust than Brigitte Nielsen) and would have been well able to wield a broadsword I think. 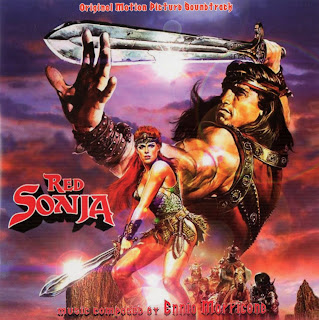 If I managed to get through both Conan (which also contains a long suite of music from Conan the Destroyer) and Red Sonja there was also James Horner's excellent early score for Krull to move on to. So, all in all I had more than enough appropriate music to play during my painting sessions.
Posted by legatus hedlius at 3:09 pm 5 comments: