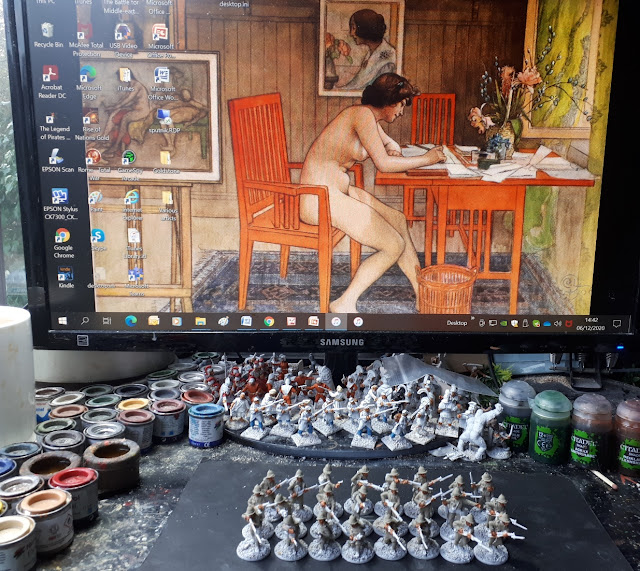 I haven't done any hobby stuff for months for a number of reasons but the principal one is that I was just not inspired by anything on my workbench. So, what to do? Start an entirely new period, of course!  I have recently taken delivery of a bunch of Empress Miniatures new Jazz Age Imperialism British. This is a range I looked at when it first came out and regularly ever since but I didn't jump in subsequently as it had begun to look like one of those abandoned ranges some manufacturers have (although Empress have now told me they have plans for new figures, including cavalry).. Also, the only British army figures they offered were highlanders which I am allergic to. So, the new British have pushed me over the edge. These are lovely figures, as you would expect from Empress, although I am going to have to do quite lot of research on equipment colours, in particular.

So far, despite the terrible light, I have got the uniform base colours down and done some work on the hands and faces. I don't usually work on so many figures at once so it is going to take me some time!

I nearly had a nasty moment when I saw that one of the figures had a bipod for the Lewis gun attached to the top of the gun for separating and gluing underneath. I then realised that I had cut the bipod off the other gun and thrown it away, as I thought it was just moulding flash. After going through my bin, unsuccessfully, I considered making one and realised that that would be quite beyond my modelling skills. Fortunately, as I lay the remaining bipod on my desk there was the other one which had fallen onto it earlier. I quickly put them both in a bag after realising that attaching them was going to be a pig.

So these figures are going to be for the Waziri War from 1919-1921 and this chimes very well with my Back of Beyond and Afghan War interest (as well as the film High Road to China). I have learned that there were no Highlanders deployed in this conflict, thankfully! Empress claim you can use the figures for German East Africa and the Arab revolt but, in fact, they are wearing long trousers and tunics not shorts and shirts so they are for cold weather Afghanistan but then so are the accompanying Afghans, on the whole, who are more in winter dress too. I think that this might make a good Christmas project, especially as, hopefully, most of Christmas will be cancelled! 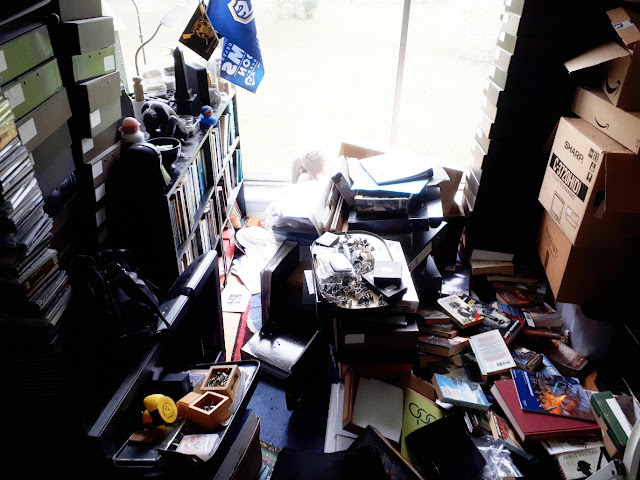 My computer packed up the other week (nothing serious, it just needed a new power unit) but in the day and a half I was without it I decided to start tidying my study. This picture is actually after I had already done an hour on it!  The first stage was to extract all the books I have bought over the last two years and get them off the (largely collapsed) piles they were in on the floor. Then I sorted them out and completely rearranged the shelves on one wall so they could all be integrated by subject and/or author. In doing this I found a lot of paperbacks that I realise that I will never read or, in the case of those I have read, will never read again. Unfortunately, the local hospice book shop in Weybridge has closed down. This was a very good shop which only sells books. Most charity shops won't accept books any more or, at least, the ones around here won't. So I am left with lots of books I don't know what to do with. It's usually not worth eBaying them as the price they fetch is usually less than the postage costs. I just don't know what to do with them as even the municipal dump shop is closed now but I can't bear to throw them out. 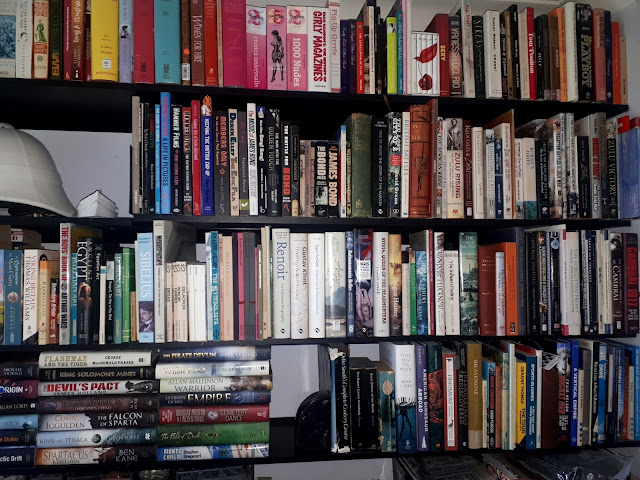 The Old Bat thinks they should all go, of course. I am reminded of the line from Porridge: 'I read a book once. Green it was.' I don't actually remember the Old Bat ever reading a book. She has looked at them, usually to find out how to do things like make complicated pleats on curtains but a book without pictures? No. Anyway, I am very happy with having sorted my books out (military and art books are on other shelves, on the whole). 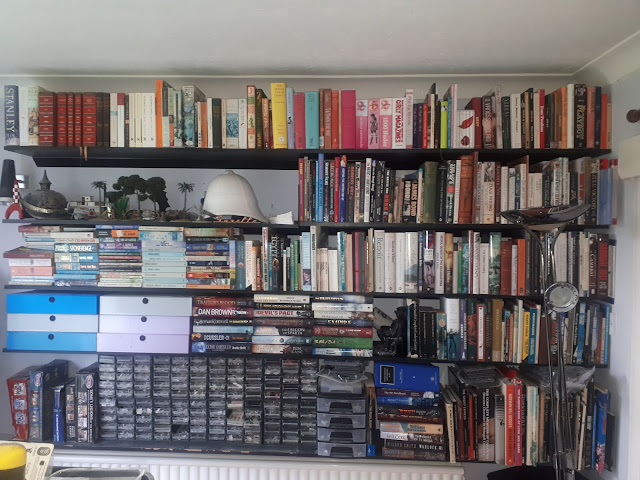 Another reason for the sort out was to give the plumber access to the radiator to see if he could get the long dead radiator in my room going again. Alas, he reckons we will need to replace every radiator in the house and do a flush through (or something). This would mean we had no heating or hot water for a week so not to be done at this time of year, I think. Still my far wall looks the neatest it's been for years (only because you can't see all the displaced mess. Next I sorted out the remainder of my DVDs into albums which freed up a lot more shelf space for paperbacks. 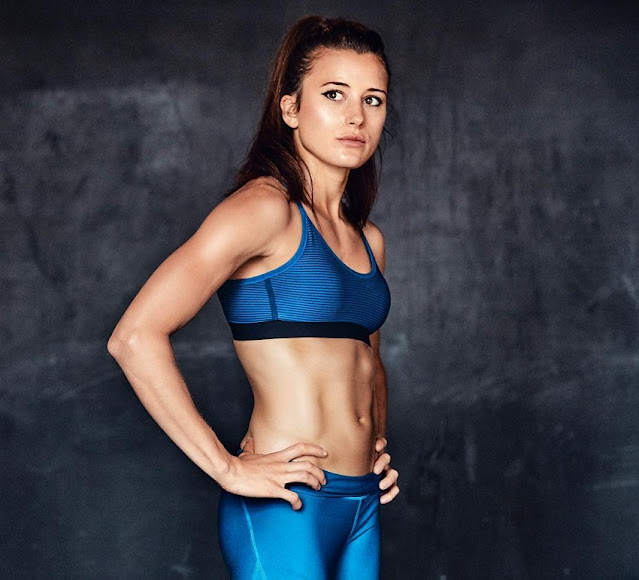 I've been missing meeting up with my yarious ladies but have got back in contact with one I was particularly close to in the eighties, before the Old Bat (well there might have been some overlap). She also lives in Surrey so after things have got back to normal (at least a year, I suspect) we are going to meet up again. I haven't seen her since 1992! Glad I have lost so much weight. In fact none of my trousers fit any more as they are all to big around the waist. Speaking of ladies, a friend (well. more of an acquaintance) recently sent me this picture. "Isn't she the daughter of that girl you had a thing with in the early eighties?' he asked. After further research it proved to be the case that, yes, the lady, a German fitness model, is indeed the daughter of someone I worked with and got very friendly with at the office Christmas party, causing me to wake up the next day with a terrible headache in a dubious part of South London (actually anywhere in South London is dubious by definition). She does not have the (very) voluptuous form of her mother but the top half of her face bears a spooky resemblance to my glamorous former colleague. 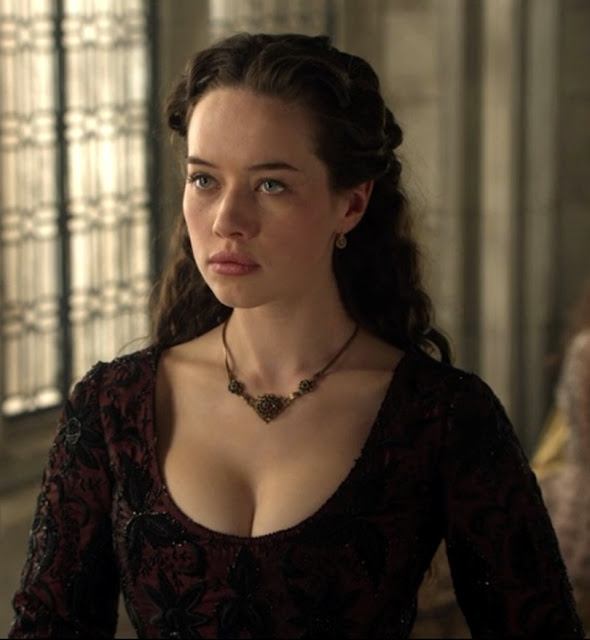 Another daughter of someone I used to know, when at the same firm, is the lovely Anna Popplewell who starred in The Lion, the Witch and the Wardrobe in 2005. I travelled with her father, then a very junior barrister, when I was a very junior trainee solicitor, up to Shrewsbury for our first court hearing, about which I can remember absolutely nothing. I don't think he was even married then but what a world class beauty his daughter is, here in Mary Queen of Scots TV drama Reign. Such a long time ago! 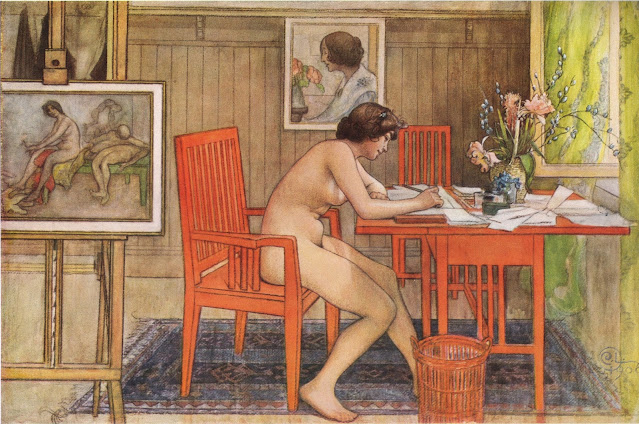 Today's wallpaper, model writing postcards (1906) is by the Swedish artist Carl Larsson (1853-1919). Born into a very poor family his talent for drawing was such that it was recognised at the poor school and he was sent to the Royal Swedish Academy of Arts at the age of thirteen.  His first work was as an illustrator and despite studying in Paris in the eighteen seventies he rejected impressionism and retained his crisp, clear style. His wife, Karin was also an artist and designer and between the two of them they developed what, even today, is known as Swedish Style; a cool minimalist approach to interior design and an embracing of the English Arts and Crafts movement. 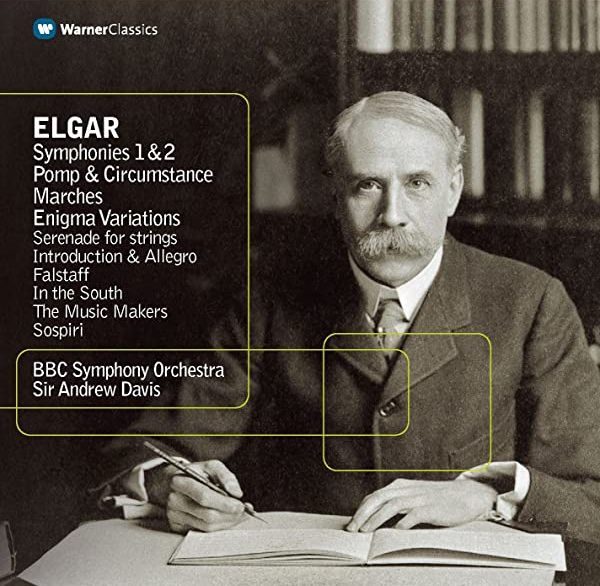 Today's music is ideal for listening to when painting colonial British soldiers; Elgar orchestral pieces. The best piece for this, of course is the triumphal march from Caractacus which I remember as the theme from the BBC series The Regiment in 1972 and 1973, Following a British army unit from Britain to South Africa in the Boer war and on to an early twentieth century posting to India.  I remember it as rather cheap and studio bound (apart from some location shooting in Cyprus, standing in for India) and Elgar's music was very much the best  thing about it.
More wargaming stuff next time. I apologise if the layout of this post is a bit wayward but Blogger have introduced a new 'improved' layout which, of course, doesn't work as well as the old one.
Posted by legatus hedlius at 4:25 pm 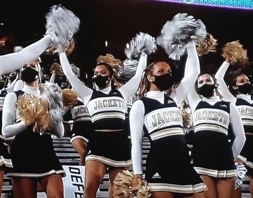