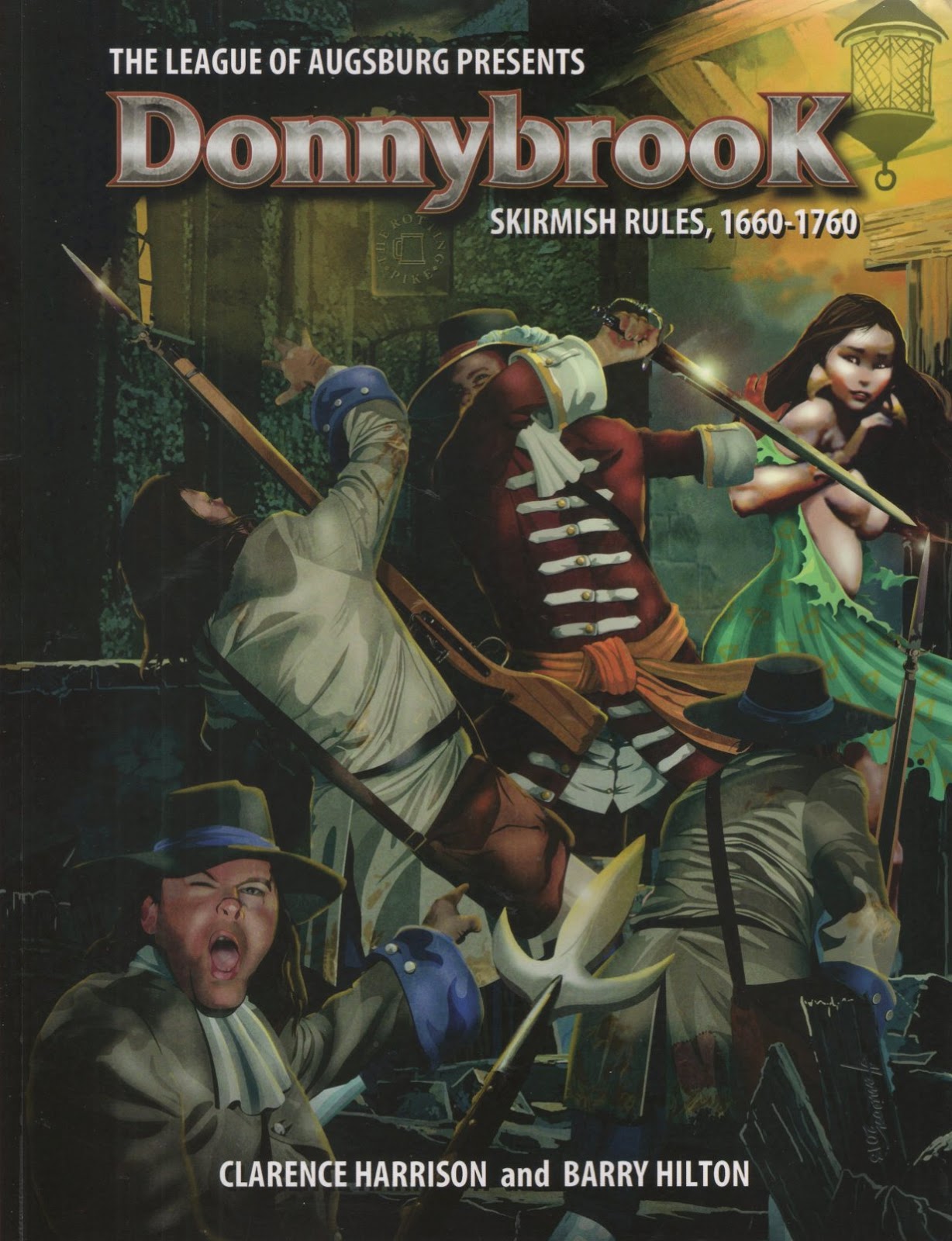 I read about this new set of rules out of The League of Augsburg in this month's Wargames Illustrated, so I ordered a set which arrived today.  It sounds ideal for me as it is for skirmish gaming for the period from 1660 until 1760.  I am attracted to many of the armies from this period but the sheer number of figures need for, say, the Marlburian period has put me off.  These rules contemplate forces of around 20-30 figures (and no more than 48) per side.

The rules look at a number of different conflicts during the period covered.

I have seen a wargame set in this period at one of the shows shortly after Mark Coppletsone's Glory of the Sun figures came out.  The big issue on this one would be finding Berbers with appropriate weaponry.  Too hard.

This is very interesting because of the Copplestone figures.  The only problem being with them that they are in uniform poses which are not so good for skirmishing.  Still, this is one I will investigate.

Never heard of this one and not really interested.

Like many of the conflicts in the book they involve too many civilians, figures which are often difficult to source

On my regular visit to a girlfriend who lived in Somerset in the early eighties I used to cross the battlefield of Sedgemoor which was also featured in Rafael Sabatini's Captain Blood.  There was a big game of Sedgemoor doing the rounds at the shows a few years ago  and I know that at least one manufacturer has a dedicated range for the rebellion.  The problem is I can't remember which!  If anyone knows...  Interested in this one.

I don't know much about this but I have a feeling that there wasn't much actual fighting.

Interested in this, given the Copplestone figures, although it's at the back end of what they work for.

Too many civilian clothes again.

The Scots try to colonise Panama.  This is largely a what if sort of scenario, which I am not very keen on (I can't see the appeal of the new Perry British for the ACW, for example) but there were a few skirmishes so it might be worth a bit more research.  It would be fun to play a game set in Panama, given I went there last year.

I hate to admit it but I know absolutely nothing about this period except that they had really nice uniforms.

Other conflicts not mentioned in the book, but which might be interesting for me for this set of rules include the Great Northern War and the French Indian War.  It could also work for pirates against local government troops too (if anyone ever bothered to make the latter!).  If the rules take off, which I have a feeling they will, the authors have many ideas for extensions and even a range of figures. 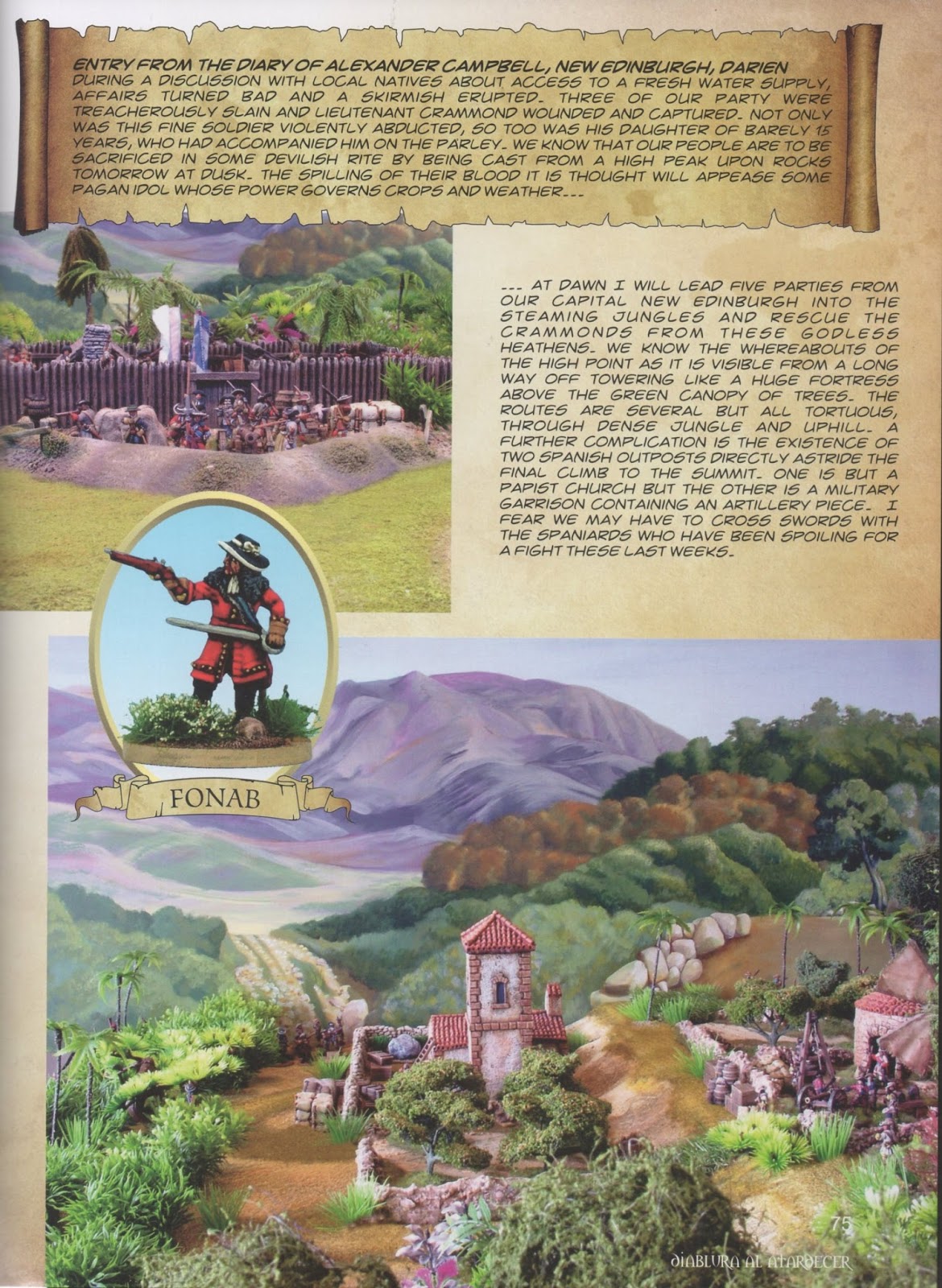 The rules are beautifully produced with lots of excellent colour photographs.  Some of the pages tell a story almost in the manner of Look & Learn magazine.  There is flexibility as to how you organise your units, given what figures you have.  So if your allowance includes 12 figures of one type you can put them in one unit of twelve, two of six, three of four etc.  The actions are card driven but you need some exotic dice to resolve combat.  Given I can't read a set of rules and for the life of me work out what is supposed to happen any further look at these will have to be done by someone a lot cleverer than me.

So, I'll try to give it a read later and see if my vague ideas coalesce into something more solid. 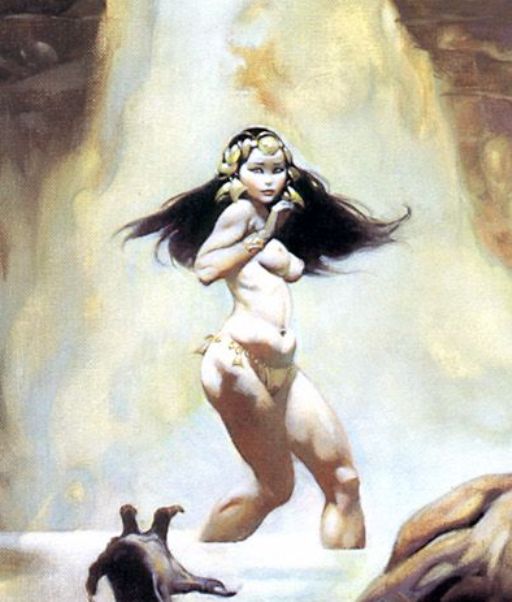 The only slightly dubious thing about Donnybrook is the lifting of a girl from a Frank Frazetta painting on the cover.  Frazetta's estate is notoriously litigious but mainly they are suing each other at present and so maybe the image is just different enough to not attract attention.  I wouldn't have risked it though!  The authors say that the figure was deliberately done in the "character of a Frazetta heroine".  Hmm, as a published artist myself there is a big difference between doing something in the style of an artist and copying a pose exactly. 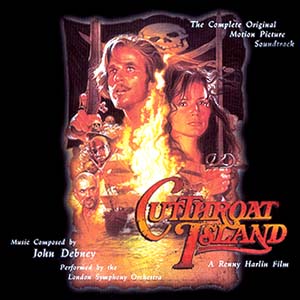 This post was written to the soundtrack of Cuthroat Island (1995) by John Debney.  An example of the soundtrack being much better than the original film.
Posted by legatus hedlius at 1:59 pm