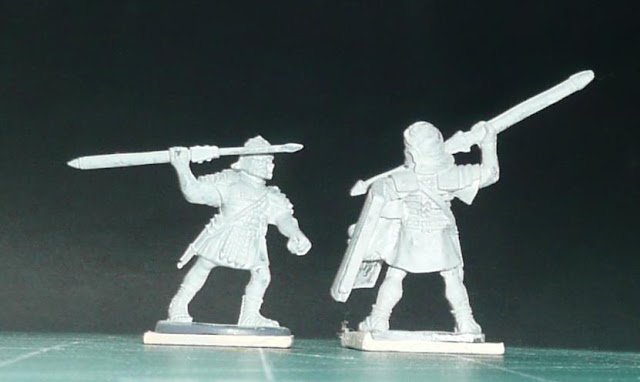 When I heard about these I was genuinely excited. More excited than by the Perry ACW as Romans is really what I am about. Also, what a brilliant idea to get one given away with Wargames Illustrated.

However, when I unwrapped my little plastic bag I was very disappointed. Not by the quality of the figure, which is simply excellent, but by the size. It's hard to tell as the figure is not standing up straight but it's closer to 25mm than 28mm. Maybe 26mm. Certainly it is dwarfed by my Steve Saleh Foundry Romans. Admittedly these are big but I bought them to go against my Renegade Celts which are also large. 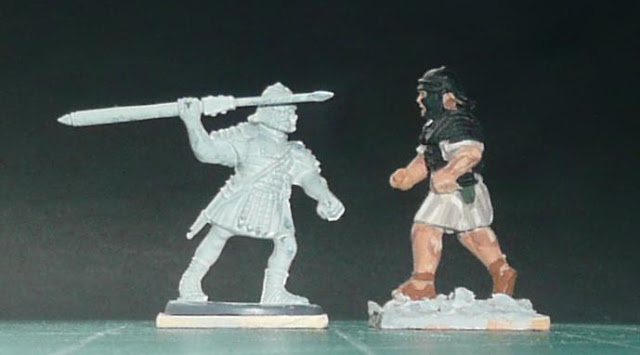 
It is certainly smaller than the Gripping Beast EIR (although much better proportioned) and even smaller than the Perry Foundry figures although these are probably the closest in compatibility. The Warlord figures have more in proportion heads, which is good. 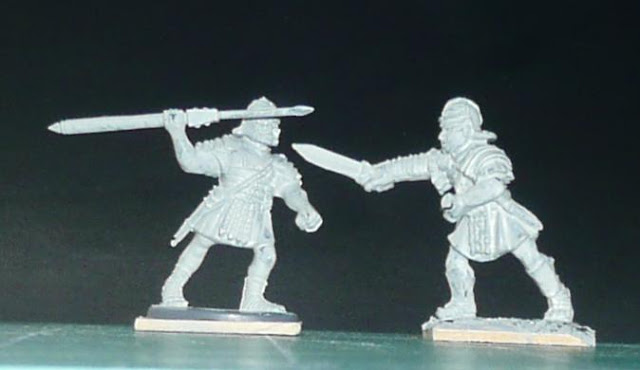 Putting them next to a selection of opponents from different manufacturers they are certainly tiny. Given I have quite large painted Ancient German and Celt armies I am not going to use out of scale Romans against them.


This is a real shame as the figure is well proportioned, nicely animated and very detailed. certainly if I was starting EIR from scratch I would probably go with these new Warlord figures, especially as the extras from the Foundry Perry range could be used for the more unusual figures.

I'm just not going to start a whole new army of Romans having already got four units. Let's hope Steve Saleh does some more EIR for Artizan although the chances of this are now small with two new ranges of plastics appearing, sadly. When is someone going to do Varus period legionaries from AD 9?
Posted by legatus hedlius at 9:23 am