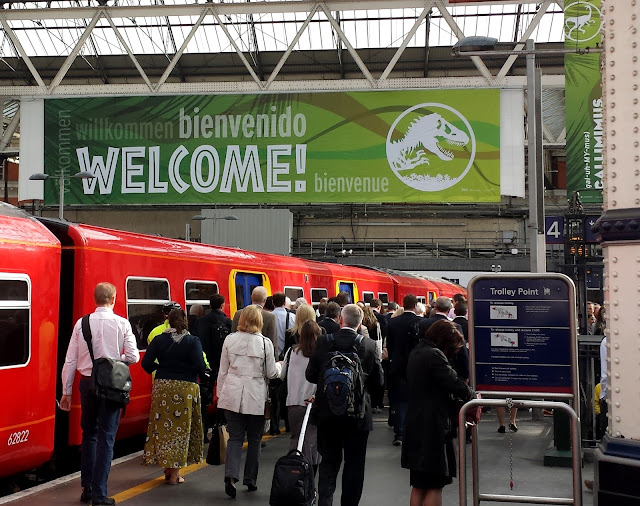 So, into Waterloo station this morning to discover that it has been transformed into the gateway railway station for Jurassic World. 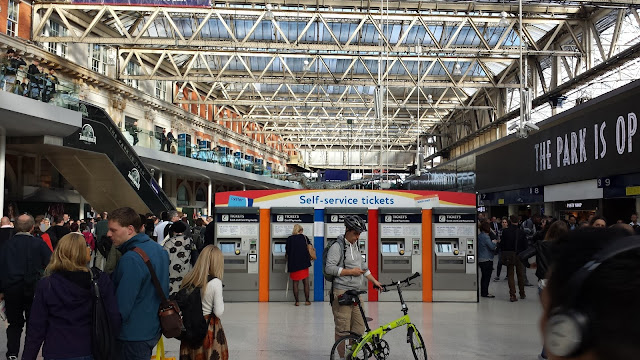 Walking down the concourse towards the Jubilee Line entrance what should I glimpse, above the ticket machines, but an actual velociraptor? 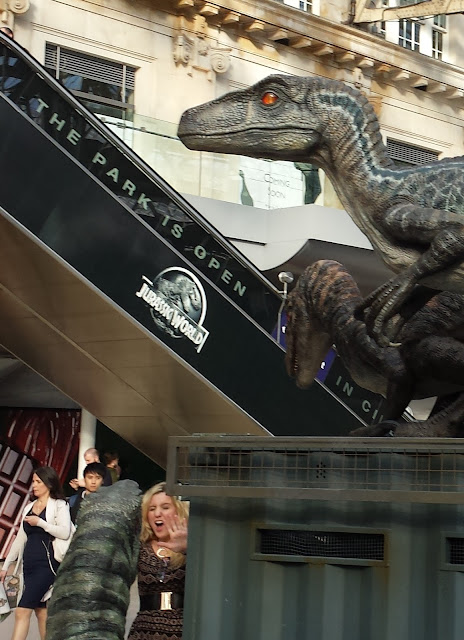 They had escaped from their In-Gen crate and were about to make a meal of this blonde.  Nobody seemed to care, in typical Waterloo way.  I would have saved her myself but I'm not that partial to blondes and, anyway, as the lovely brunette actress Sean Young once commented: "Most blondes aren't".  I do prefer a consistent girl.  Also, I was lacking something along the lines of a Joseph Lang 6 bore elephant gun. 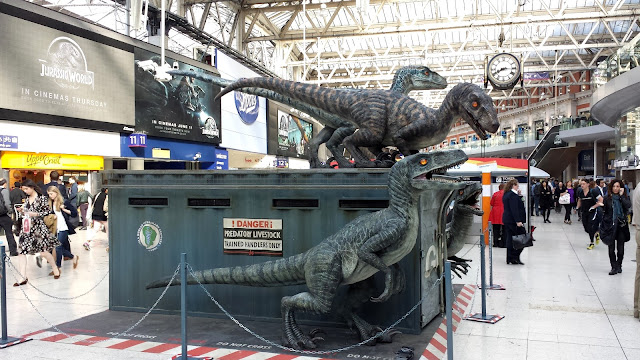 Anyway the sight of  dinosaurs on the concourse would have delighted a young Legatus who owned a plethora of dinosaur books when he was young.  Actually I still have quite a few, although the dinosaurs in today's books are considerably more colourful than the grey, lumbering monsters of my childhood. 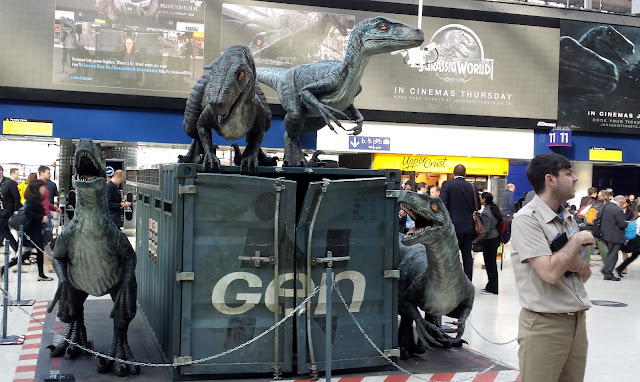 Somewhere I have some Copplestone velociraptors.  Now where are they?
Posted by legatus hedlius at 9:53 pm