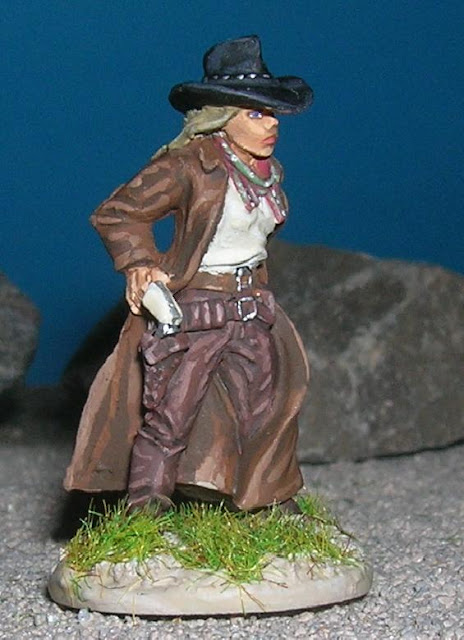 Something a bit different for this week is this new Artizan Thrilling Tales figure which they call Eliza Stone but is obviously Sharon Stone playing Ellen from the 1995 Sam Raimi film, The Quick and the Dead. Sadly, Guildford has a big Wild West game next Monday but I'm going to be in Brussels. Grr! Sharon will have to fight another day.

I've always enjoyed this film and picked it up on DVD recently, just before the figure came out! I had been hoping someone would make a figure of this character and I think Mike Owen has done a great job.

He has combined several outfits she wore in the film but I managed to track down pictures of most of them in order to get an "authentic" look. 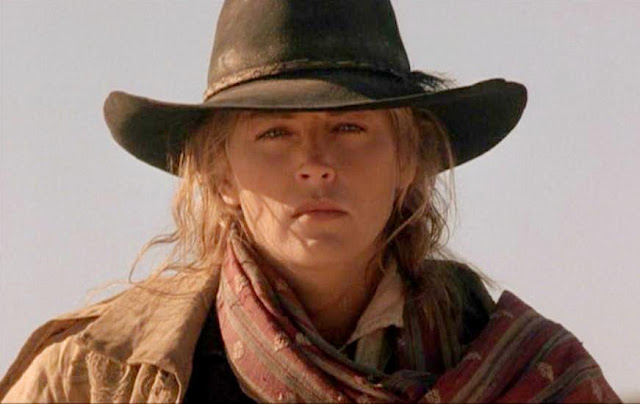 Hat and scarf: Sharon Stone, of course, has a scar on her neck caused by an accident as a child so often wears something around her neck in her films. She starts the film wearing a battered brown hat before acquiring this natty black one with a silver band. 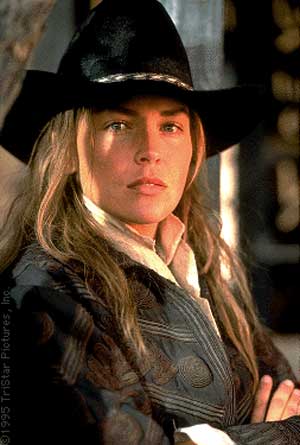 Blouse and waistcoat: Both her blouse and her waistcoat are an off-white colour (although in the picture of my model it looks pure white, because of the flash. Annoying, after studying this picture so carefully.) 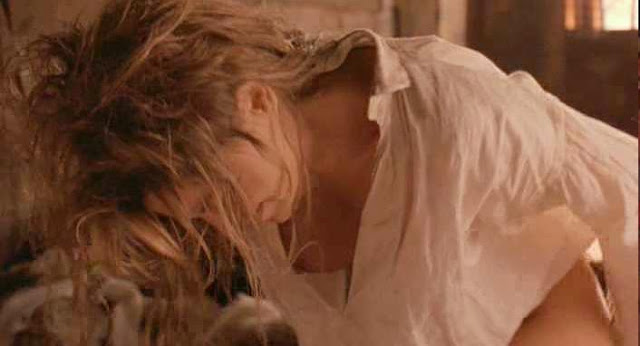 Trousers: These are dark reddish brown leather, worn over boots not with boots over the top as in the model. I couldn't find any pictures of Sharon in her leather trousers on the net. Probably just as well. 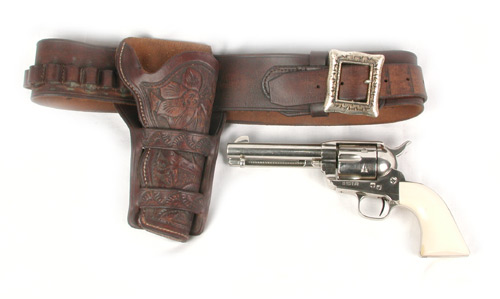 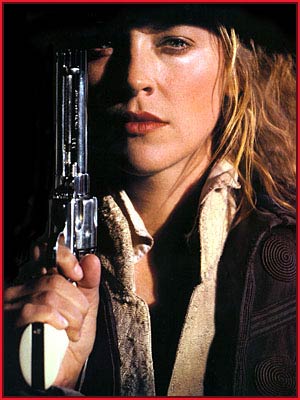 Coat: She wears two coats in the film. This brown one is her raincoat for the frequent rainy scenes (although, amazingly, the street is always bone dry immediately afterwards). 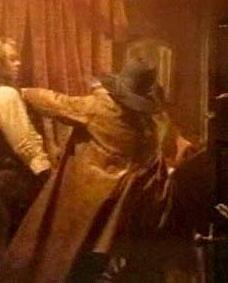 In my previous job we had one of these ridiculous management courses where we had to make things from Lego and such like. I got in trouble for answering the question, "who would you like to play you in a film about your life?" with "Sharon Stone". I still think she would be a good choice, despite Basic Instinct 2. 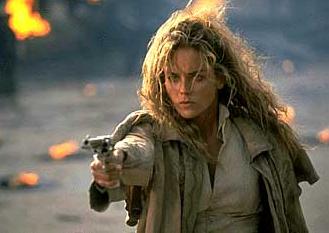