Well, my 1864 Danes arrived from North Star.  I just bought one pack each of the infantry to see what they are like and the answer is: Truly excellent.  I have been trying to find out who the sculptor is (North Star doesn't say, for some reason) but I have heard that it is Nick Collier who did all those fabulous English Civil War figures for Renegade.  I've started to base them up and am trying to do a bit of research on how to do snow bases. 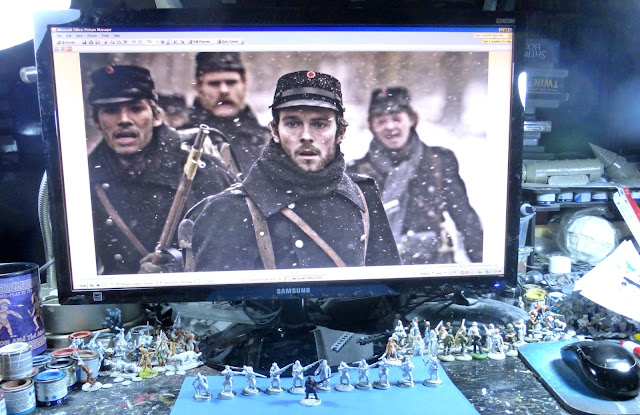 However, my research came to a grinding halt yesterday, due to lack of visual material, as the monitor on my computer died, hence today being Paint Table Sunday.  So I had to go out today and get a new one.  I decided to get a slightly bigger one than the old one on the basis I might be able to actually see what is on the screen.  I'm certainly very happy with it and, tragically, I bought a Samsung as I am pleased with my mobile phone.  Isn't brand loyalty ridiculous? The alternative was the slightly cheaper Acer and I really should have bought one of these because I went to one of their factories in Taiwan once and met the founder.  Oh well, the Samsung is prettier which, in my experience is the other way around from the looks of the women in Korea versus Taiwan and, indeed, the taste of the food where, in both categories Taiwan scores more highly.  I had the best lobster I have ever eaten in the Chinese restaurant in the Pearl Liang restaurant in the Grand Hyatt Taipei and the waitresses were lovely.  Sorry, Koreans.  I wouldn't, however, go as far as saying that Koreans look like other orientals who have been hit in the face with a cast iron frying pan, as my friend Sophie observed once.  Korean food is disgusting, though.  I went to the food hall in the basement of a big Korean department store in Seoul once and all the food there looked like something that had died at sea and been washed ashore three weeks later.  And the smell!  I am usually very keen to try the local food when I am abroad but not in Korea. 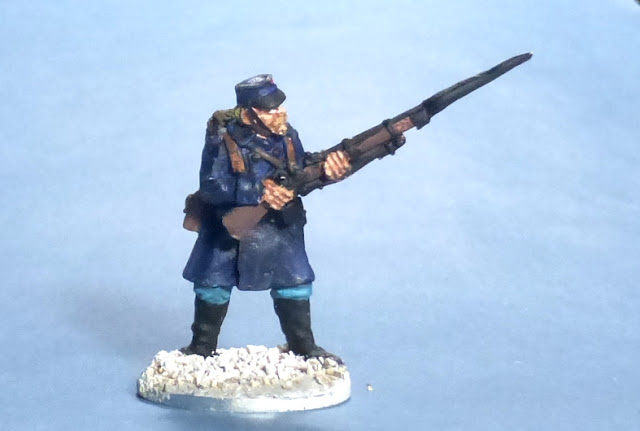 I had hoped to complete my usual test colour figure today but what with the monitor shopping and having to take Guy to rowing I didn't have enough time to finish it.  This week, hopefully.  They figures are very easy to paint and quick, by nineteenth century figure standards.  Humbrol 104, which I have used for the coat, is, however, one of their most fragile colours and any contact rubs the surface off so until it's varnished I will have to keep retouching it.  The figures are much slimmer and more elegant than they look here.  When I have some completed I'll take a better photograph. 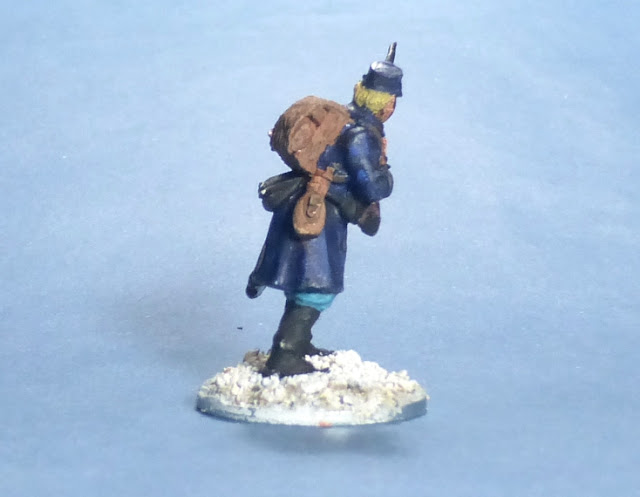 I was also thinking about Frostgrave and now I discover that both Alastair and, latterly, Eric the Shed, have bought into the game.  This will give me some opponents, hopefully.  Even better, Eric is thinking about how he can make some scenery (which will no doubt be marvellous).  My reasons for not buying some figures are, therefore, disappearing.  Tomorrow it is back to the Shed for the next game in the Scales of Anubis campaign which is good as I have missed all but the first game.

Posted by legatus hedlius at 5:23 pm