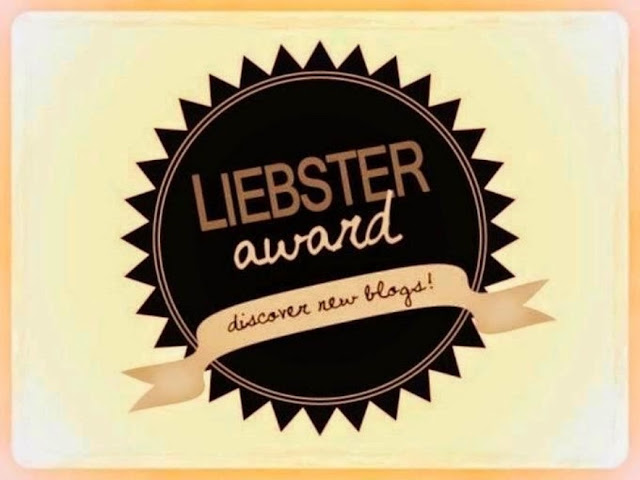 Well, Lee has very kindly nominated me for a Liebster Award (or rather he has nominated my blog).  They key thing for me is that it gives me a chance to highlight other blogs out there I follow. 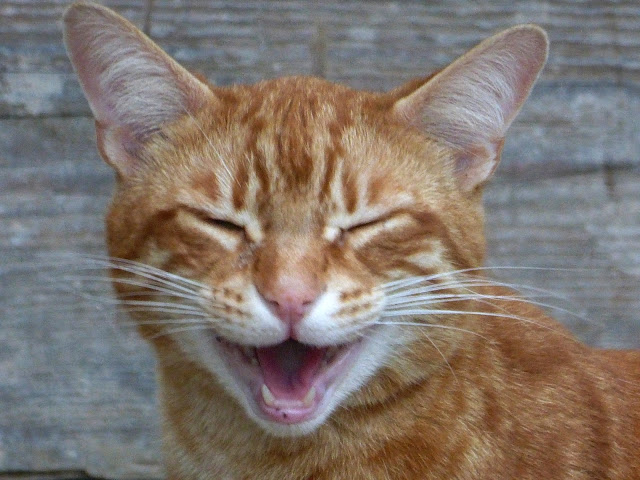 Harry the Cat is most amused

The rules are that you then have to copy and paste the award on your blog linking it to the blogger who has given it you. Pass the award to your top 11 blogs with less than 200 followers by leaving a comment on one of their posts to notify them that they have won the award and listing them on your own blog. Sit back and bask in the warm fuzzy feeling that comes with knowing you have made someones day!


Anywhere here are my 11.  As everyone else has said don't be offended if I haven't nominated you (it doesn't mean I don't enjoy your blog!) and don't feel that you have to carry the process on either.  There is enough stress in life without having it imposed upon you by others!


1 Thoughts of a Depressive Diplomatist.  An interesting mixture of interests from the Far East (well East Anglia).

2 Land of the Lead  Excellent painting and an engagingly eclectic collection of periods painted.

3 One Man and his Brushes A man who has been known to use Humbrol Enamels!

4 The Royalist Roundhead  This blog contains some excellent interviews with some key players in the hobby.

5 Waterloo to Mons  Matt is back with a vengeance now on the second incarnation of this blog.

6 Solo Wargaming in the UK  Lots of varied interests here and a real sense of enthusiasm for the hobby.

7 Steampunk Miniatures Review  Hugely useful for those of us interested in VSF.

8 A Wargaming Gallimaufry  Wargames, board games and lots of photos on the blog of one of my few regular (well once a year) opponents.

9 Savage Lands  This is a new blog so how can I give it an award?  Because it's all about building striking scenery; the ability to do which always fills me with envy.

10 The British Army at Waterloo  The sort of project that demonstrates how Britain came to rule the world and more focus than the Hubble telescope.

11 Carry on up the Dale  Big games with lots of tricornes.  Jealous.

This years version of the awards carries with it the usual somewhat random associated questions which recipients must answer.


Why did you start blogging? 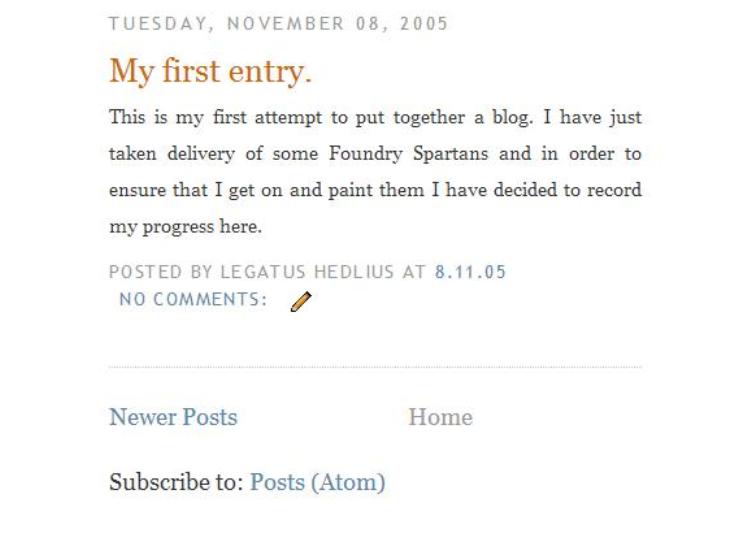 The idea was that by having a blog it would get me to focus on one army and I would stop jumping around from period to period and actually get an army painted. My first blog was actually my Spartans one, which I started in November 2005.  The fact that I now have over 20 wargaming blogs, most of which haven't had an entry for years, shows what a complete failure this policy has been.

I do not feel pressured to put up posts for any of them and just post when I feel like it, which is usually when I don't feel like painting.  So I tend to post less in the summer when the light is better.

What really keeps me energised is seeing what other people are posting on their blogs and it is particularly nice to have met some of my fellow bloggers in real life.


If you could change one thing about the wargaming hobby, what would it be?

Do you know, I do have one thing, although it is not achievable, so is rather akin to
desiring world peace.  I wish all figures were made to a strict and consistent scale!  I hate figures which are supposed to all be 28mm and then aren't compatible with each other - even more so when they are from the same manufacturer (Warlord Games Romans spring to mind)

What is best in life?

I remember vividly the answer given by my particular friend S, from Vancouver (actually she has told me recently that she isn't from Vancouver, of course, (hardly anyone who lives there is) she was born in Kingston, Ontario - the site of the Royal Navy Lake Ontario fleet in the War of 1812) to a similar question during a reception at a conference we both attended in Banff.  S and I were standing around in the ballroom of the Banff Springs Hotel drinking (quite a lot of) Moosehead beer when we got into one of those slightly awkward conversations with a very senior insurance executive who had obviously been told to circulate amongst the younger people at the conference.  "What do you like most in life?" he asked S as his opening small talk.  "F*cking and shoes" was her concise answer.


My own answer will, inevitably, be rather longer and was actually given to me by my father. "The only important things in life are women, wine, food, books, music and art.  Which are all basically the same thing!"  I  could not express my life's drivers any better, although I would add model soldiers, of course, but perhaps they qualify as art, being sculpture. 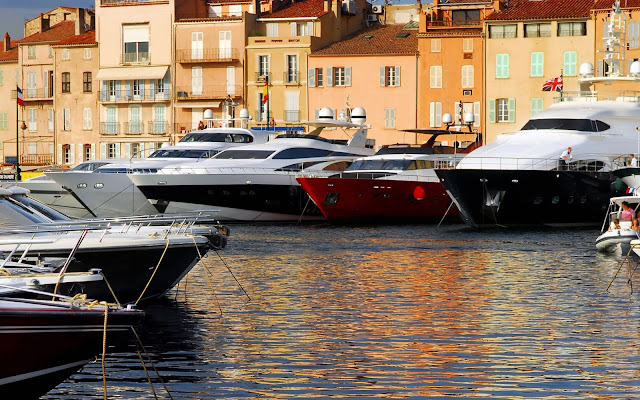 Fortune of course! The fun is to be rich and anonymous!


What miniatures are you most proud of having painted?

My cavegirls came out OK

Oh dear.  I'm not really proud of any.  I always start a new figure with high hopes and it always ends up looking fairly awful.  Oddly (or perhaps not), my attempts at painting female figures have sometimes been a bit more successful.


How do you deal with burn out? 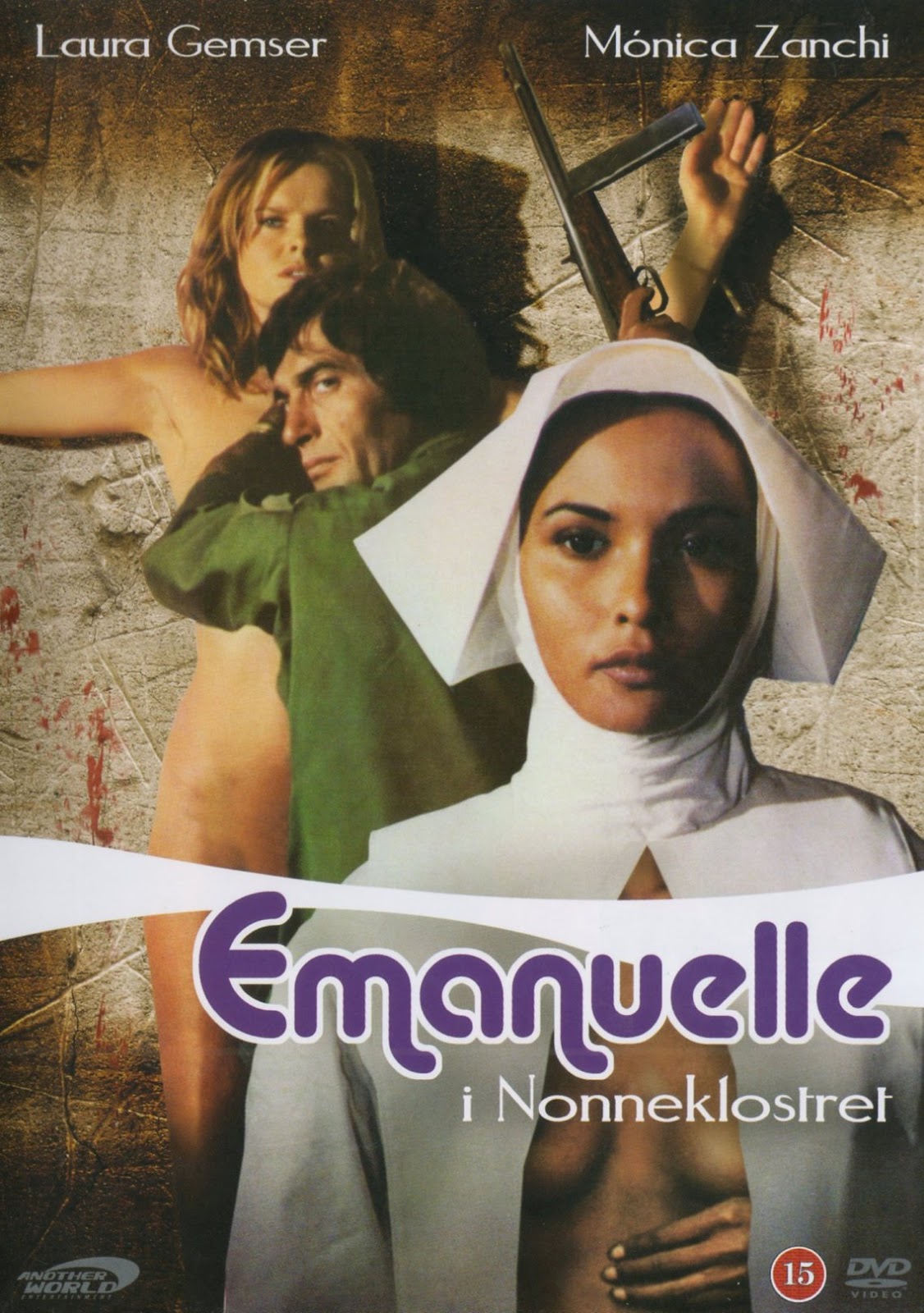 Cloudy Bay Sauvignon Blanc and a DVD featuring under-dressed ladies usually perks me up.   I am currently enjoying this sophisticated examination of feminine and religious identity in an ecclesiastical institution. 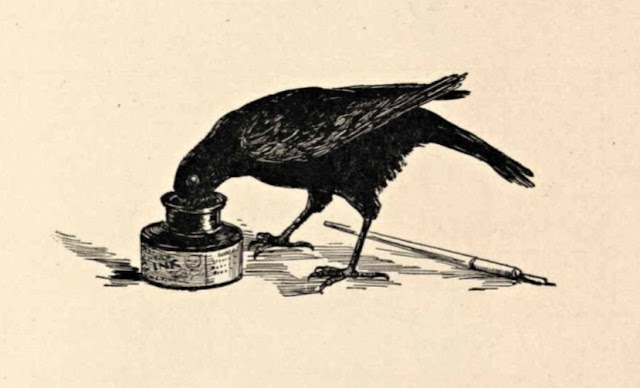 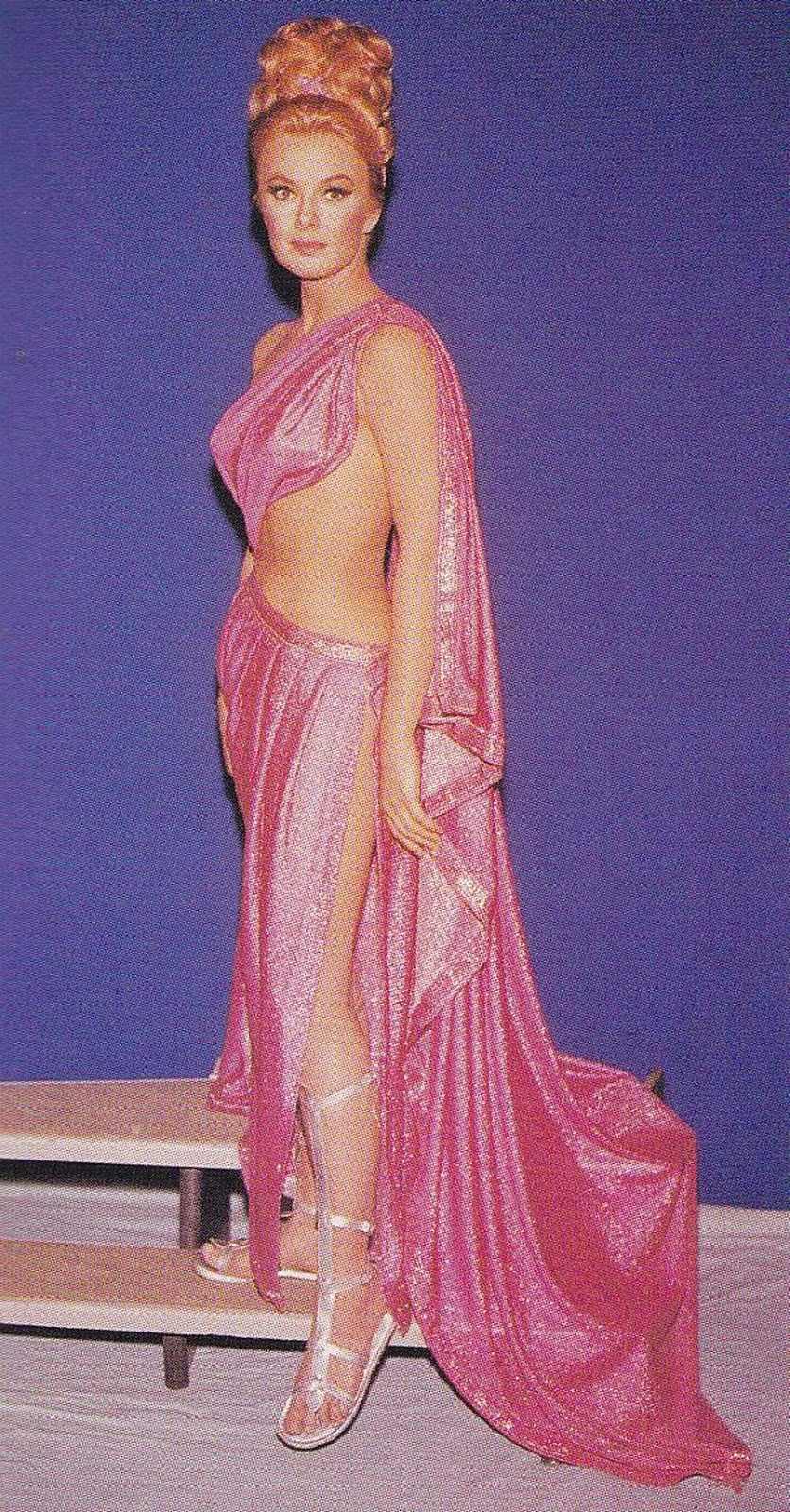 Lesley Parrish in the ne plus ultra of women's Star Trek costumes (and Thiess's favourite) from Who Mourns for Adonais?

This is really like being asked to choose between Kelly Brook and Scarlett Johansson (although I would probably opt for Johansson on the basis that I met her, briefly).  I loved Star Trek when I was a boy and many of those episodes were instrumental in giving me an appreciation of the fairer sex, especially in William Theiss's extravagant costumes.  Theiss famously said that "the degree to which a costume is considered sexy is directly proportional to how accident-prone it appears to be".  A very perceptive comment indeed.

I remember seeing my first excerpt from Star Wars on  Tomorrow's World just before it was released in Britain.  It was the first science fiction film that looked like I imagined the action in the EE Smith space operas I had devoured when I was younger.  However, I can't get over the fact that Star Wars is really a children's film whereas Star Trek often tried to deal with rather more meaningful issues (at least at an American TV network (i.e. fourteen year old) level).  I wouldn't go as far as to wear the badge I saw being worn by an American government official which said "Everything in life I've learned, I've learned from Star Trek" but despite over-stretching the franchise it gets the nod for occasionally trying to make the world a better place.   I do have a Klingon Empire lapel pin and I have made a construction kit of both the USS Enterprise and a Klingon battlecuiser, sadly.

If you could only buy from one miniature company from now on, which one would it be? 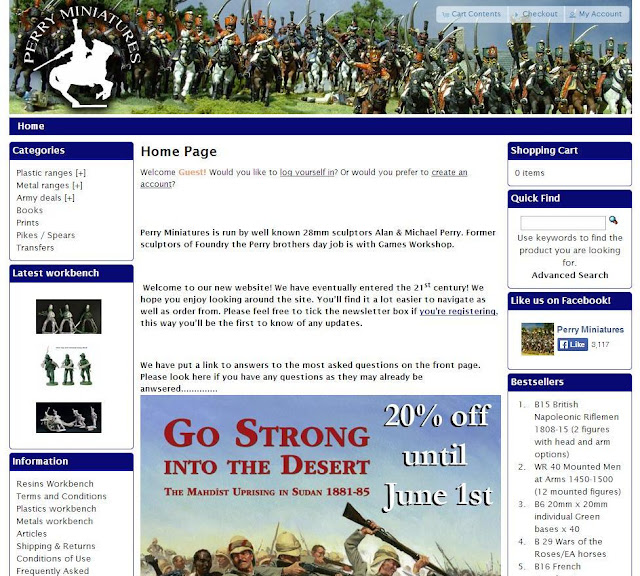 Tricky though they are to paint, compared with some sculptors work, it would have to be Perry Miniatures.  Not least because their range is now so vast it would keep me busy for ever!


What is your favourite takeaway? 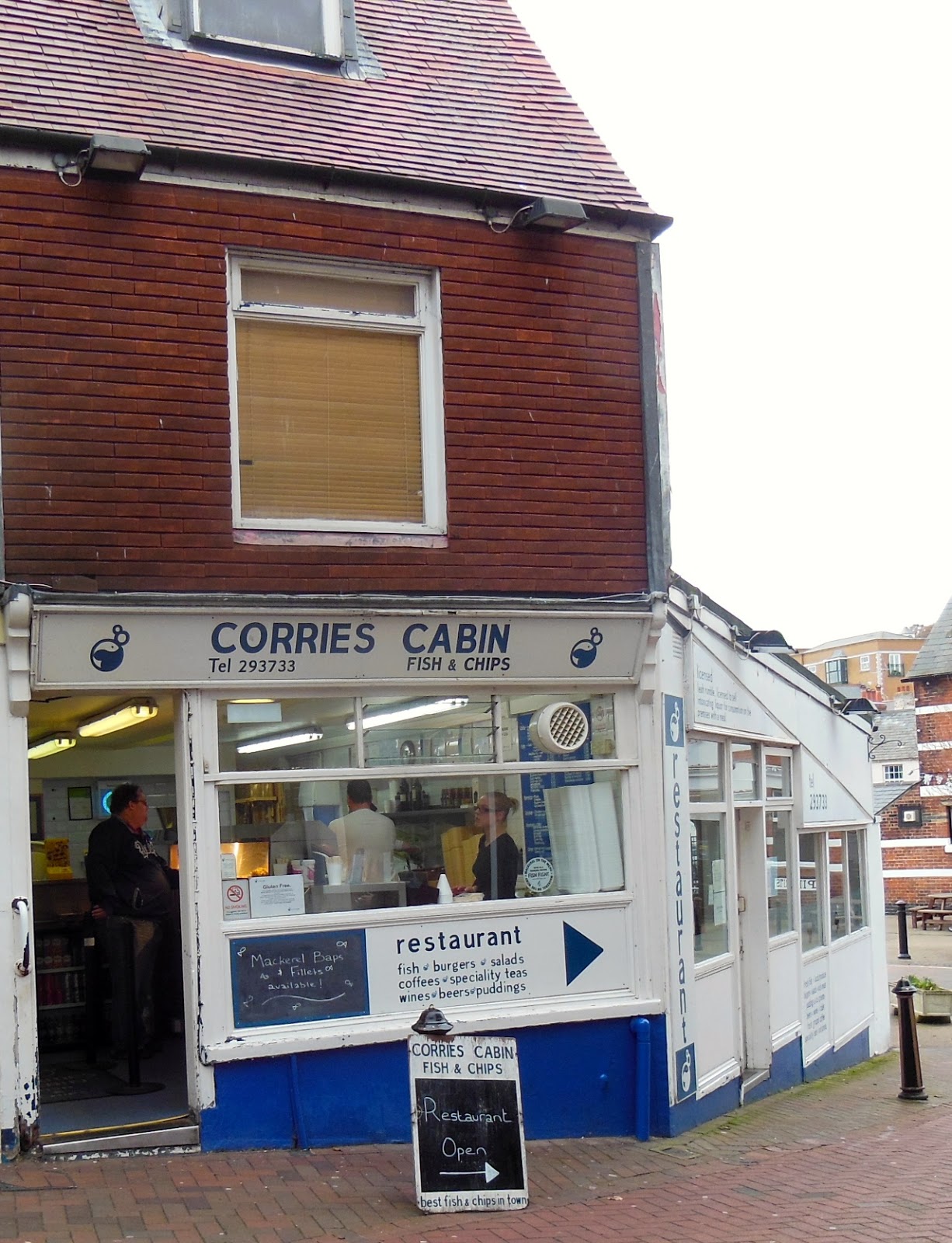 Battered sausage (I hate fish) and chips, with HP sauce and pickled onions from Corries Cabin in Cowes, Isle of Wight.

One final apology to those awaiting their prize draw prizes I haven't had single minute for several weeks (no painting either) and then lost internet at home for quite a few days so couldn't get people's addresses off my system (a mechanical digger and fibreoptic cable do not mix) but hope to send your Salute figures on Saturday
Posted by legatus hedlius at 12:23 am