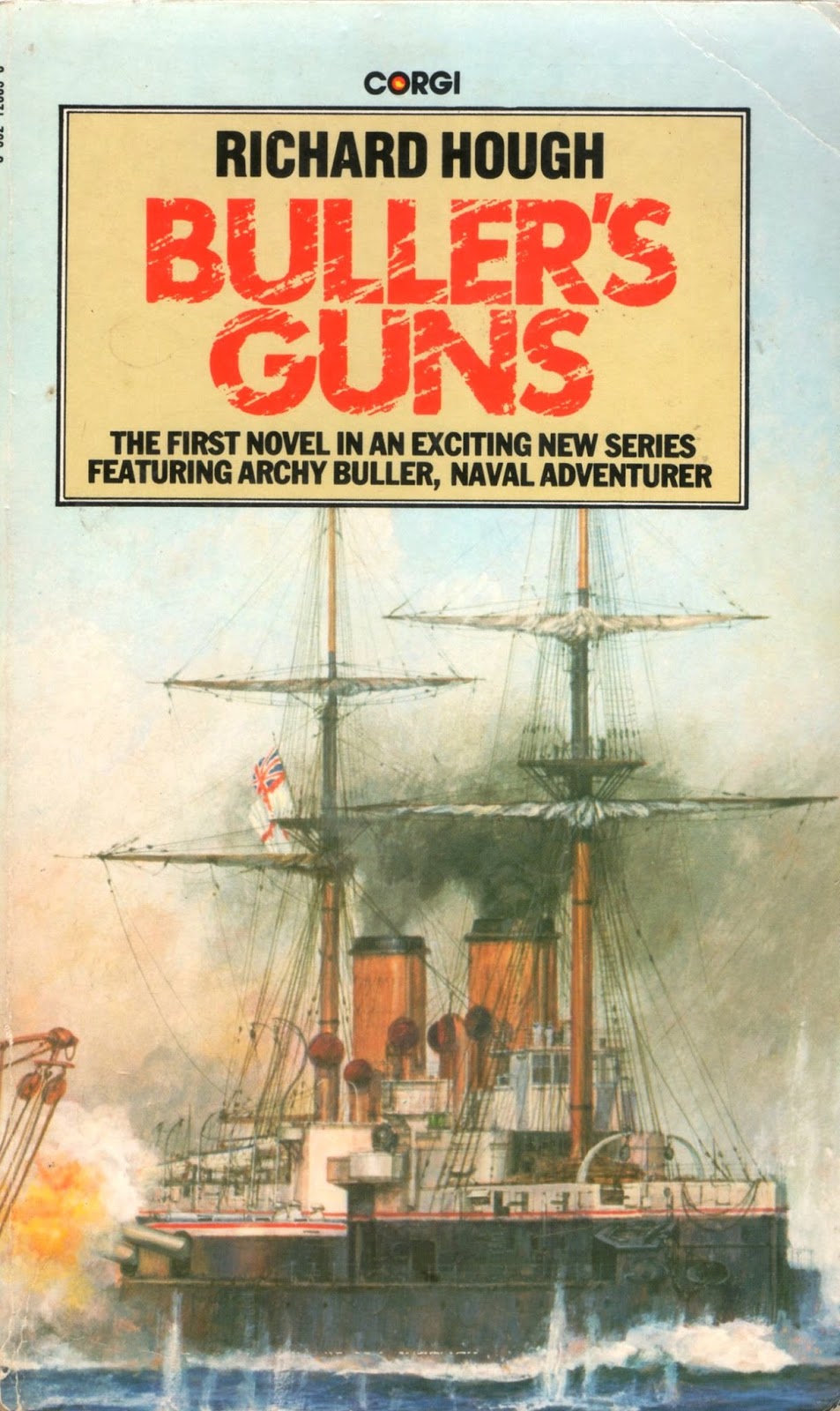 Mr Robert Cordery has been waxing lyrical about the splendid sounding series of Halfhyde novels by Philip McCutchan.  These are naval novels set at the end of the nineteenth and beginning of the twentieth century.  While reading about these I remembered a trilogy of novels set during the same period which I read some years ago but couldn't for the life of me remember who wrote them or what they were called. 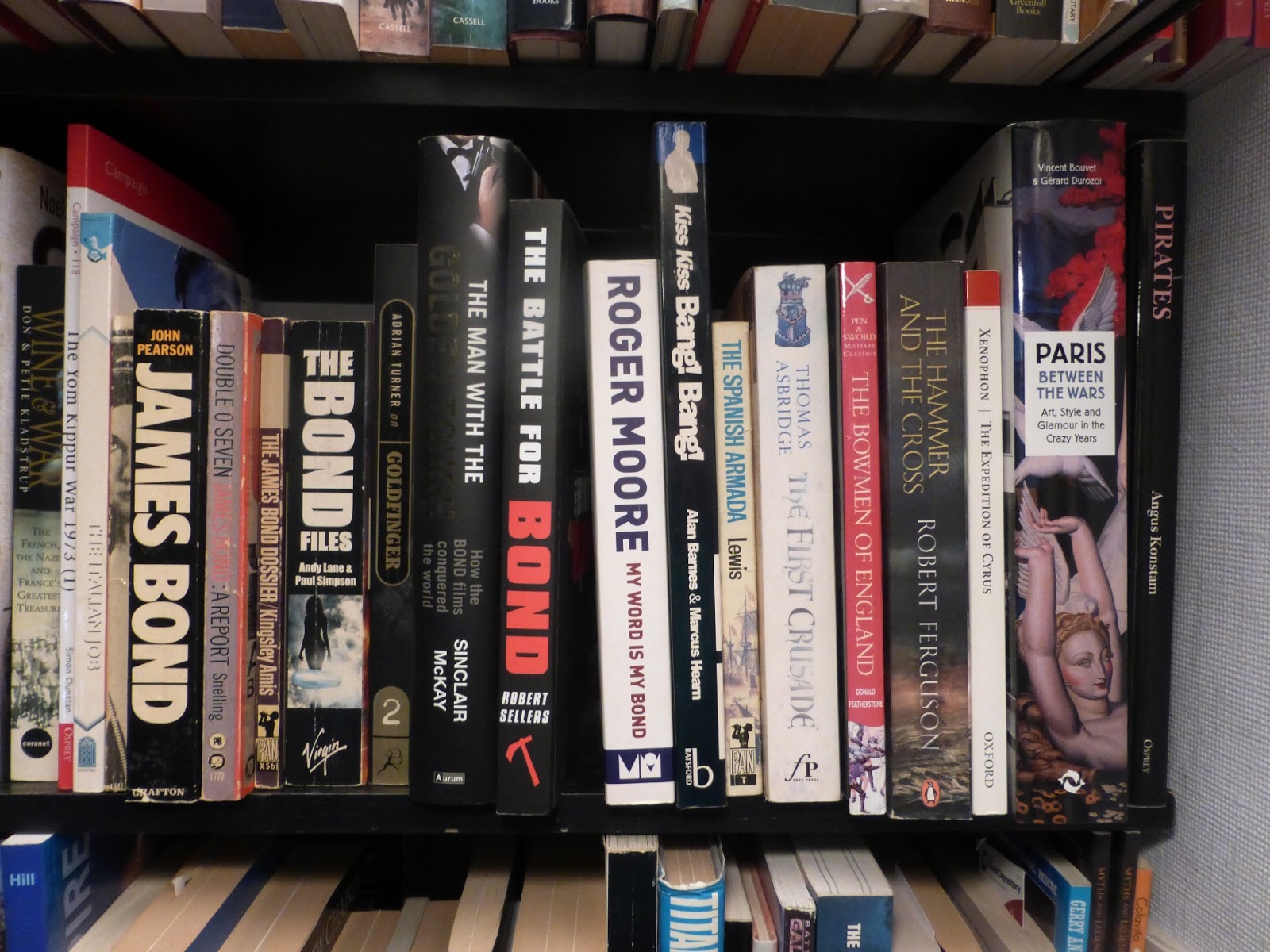 I gave a brief description in a comment on Bob's site but he didn't seem to know them (at least from my description) and as he seemed interested and I knew I hadn't read the third book in the series I set out to locate them.  Now this is not so easy given that all my books are shelved two deep (one of the reasons I am putting all my DVDs in albums) but I had a feeling that they might be behind some of the books in my shelves.  They are so precariously stacked that there is always the danger that they will fall off when moving them but after five surgical mining digs (rather like a trench on Time Team) behind my World War 1 and World War 2 reference books I actually located them a little further along.  They were with some unread Patrick O'Brien novels and some erotica by Anaïs Nin behind a rather miscellaneous section which consisted mainly of books on James Bond but also some others which have ended up at the end of the shelf until I can sort my shelves out so they can fit in the right place. 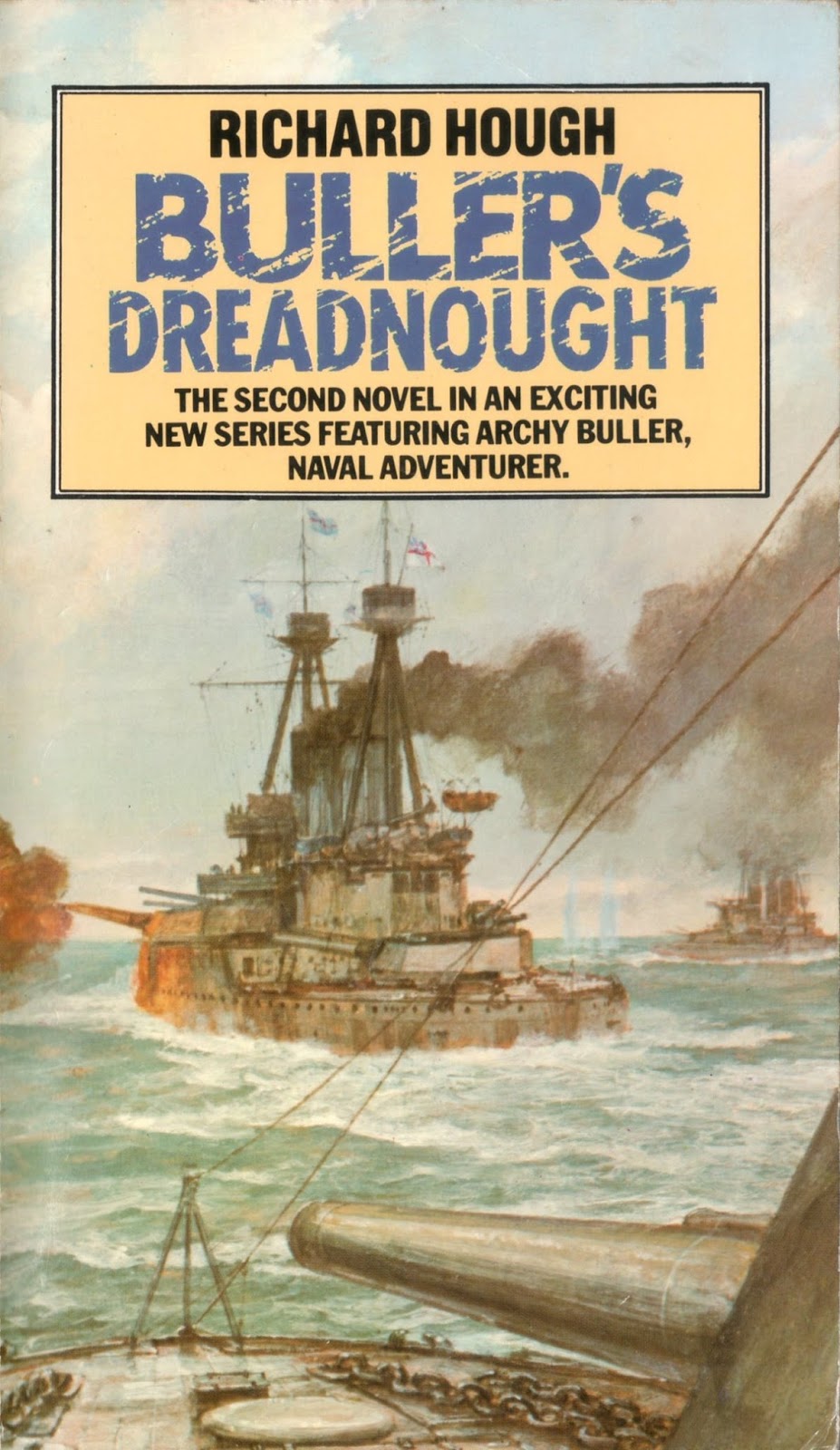 When I finish reading a novel it usually goes up into the loft (to free up space) so I was surprised that all three were still down in my room.  I think I probably intended reading the first two again before starting on the final book.  A quick search on Amazon to see if they were still available (yes, second hand) told me I bought the second volume in 2004.  I think I picked up the first one in a charity shop in Cowes and must have returned from holiday to search for the other two. 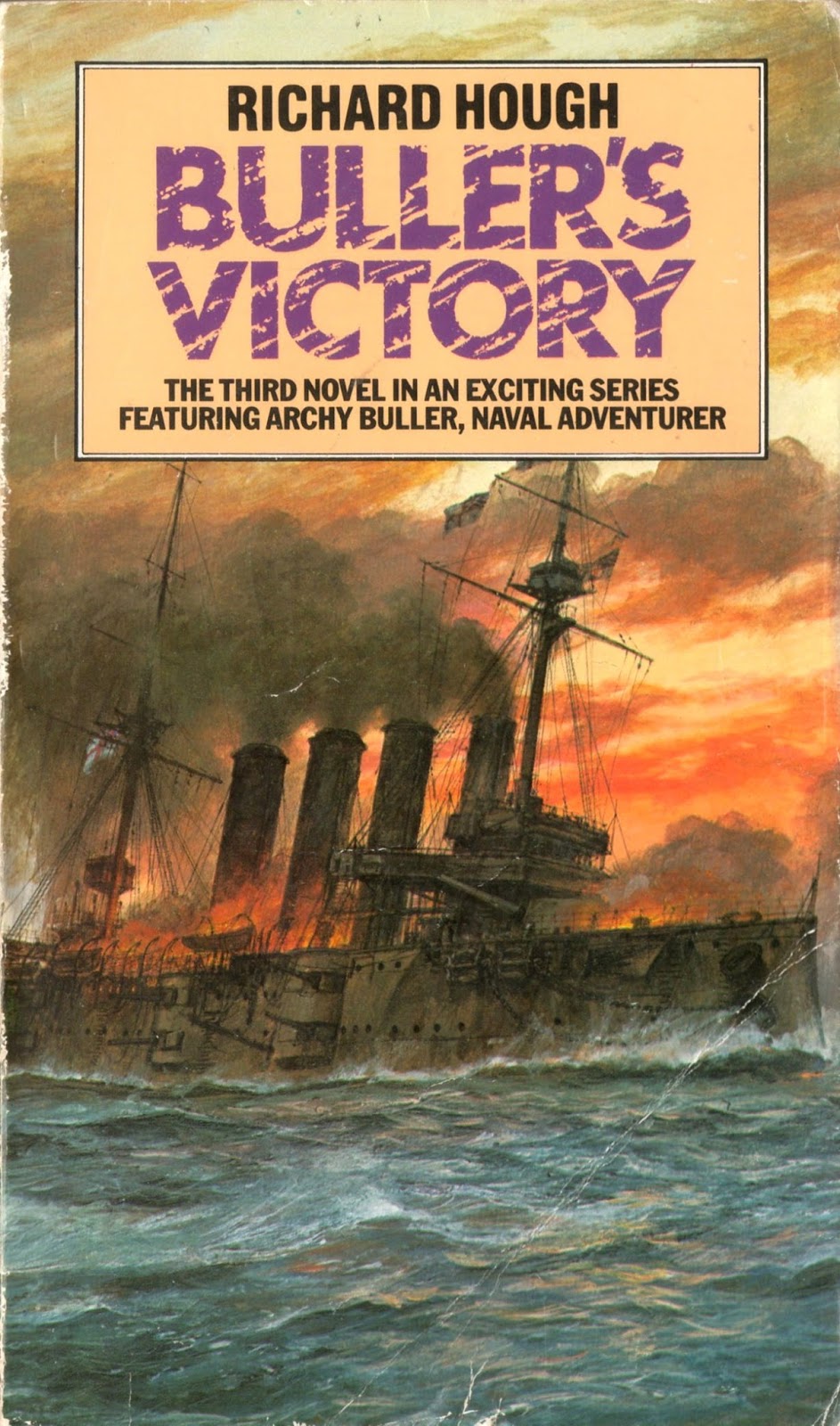 Anyway, briefly, the first one, Buller's Guns, introduces us to our two heroes: The aristocratic Archie Buller from the Cotswolds and working class Geordie, Rod MacLewin, whose two stories will intersect over the course of the novels.  This one begins in 1865, covers the British invasion of Egypt in 1882 and finishes on land with the Naval Brigade in the Boer War in 1900.  The second novel, Buller's Dreadnought begins in 1904 and concludes at the Battle of Dogger Bank in 1915.  There is also some undercover work in Germany before the war and a beautiful German countess!  The final novel, which I have yet to read, covers Jutland, action off the Falklands and Chile.  I think I will have to start again from the beginning!

Author Richard Hough (1922-1999), was an eminent naval historian, an expert on dreadnoughts and a biographer of Lord Fisher, Mountbatten and Captain Cook, amongst many others. It was his book, Captain Bligh and Mr Christian which formed the basis of the screenplay by Robert Bolt for the 1984 film The Bounty starring Anthony Hopkins and Mel Gibson.  Hough's interest in the navy originally manifested itself in building model ships but his determination to join the navy was blunted when his father made him cross the North Sea in a fishing boat!  Instead he joined the Royal Air Force, initially learning to fly in Los Angeles where he hobnobbed with Hollywood stars, before flying Hurricanes and Typhoons.  Having shot down two German bombers on one sortie his own plane was hit and he suffered a crash landing in which he broke his leg, leaving him in pain for the rest of his life.  After the war he worked for the publisher Bodley Head but decided he wanted to write his own book.  Drawing on his vast collection of naval literature his first book The Fleet that Had to Die (1957) was about the Battle of Tsushima in the Russo-Japanese War. Over a hundred other books followed.
Posted by legatus hedlius at 12:12 am