A Back of Beyond Wargame 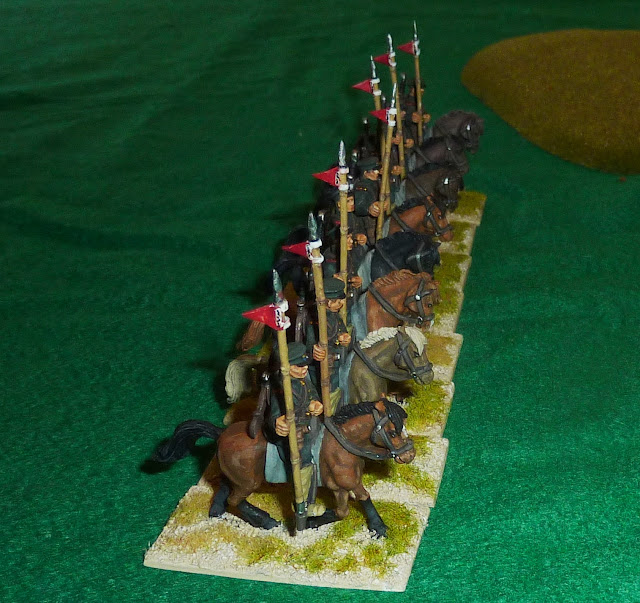 Thanks to Alastair for setting up a very rare game for me at Guildford last night. The first I had played on a regular club night for two and a half years, I think!  It was a Back of Beyond game with his Bolsheviks against my Warlord Chinese using the Triumph and Tragedy rules, which neither of us had played before.  His take on it is here 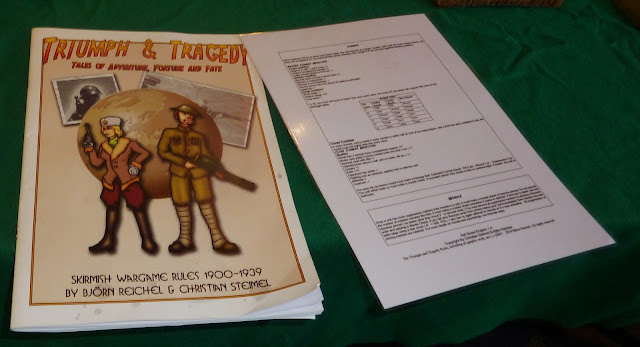 Getting me to explain how a set of wargames rules works is like asking Kelly Brook to explain the workings of the Large Hadron Collider (does it collide large Hadrons or is it just a large machine for colliding normal sized Hadrons?  I suppose I could ask my daughter but she is upstairs with next door's cat asleep on her bed again). 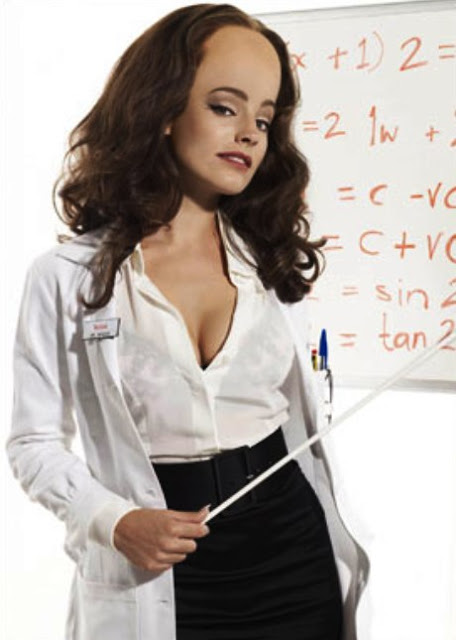 The right teacher is so important to proper comprehension

Basically, each unit has a card and you can chose which order to activate your units and what they are going to do (move, shoot, recover, charge etc).  Each player lays down one card per unit in whatever order they chose to activate all the units until they are all done. This made the choice of which units to activate in which order quite tactical and I was nearly getting the hang of it by the end.  Small units of about ten figures gave a nice manageable game with throws to hit (on a D10) and throws to save (in a D6).  All in all I thought they were good rules and, initially at least, there were far less casualties than in the Chris Peers Contemptible Little Armies set which I used in the only other Back of Beyond game I have had.  It does require markers to indicate the status of units which I am not a big fan of but Alastair had some funny Litko skull markers which were better than most I have seen.

What Russian sailors are doing in the middle of Central Asia I am not quite sure.  You can tell it's the Back of Beyond because there are Yaks!

The scenario had a group of Russian Navy sailors holding a railway station with the Chinese attempting to blow up the railway.  There was also something about the Russians telegraphing for an (invisible) armoured train.  Given its invisibility I don't know whether it arrived or not. 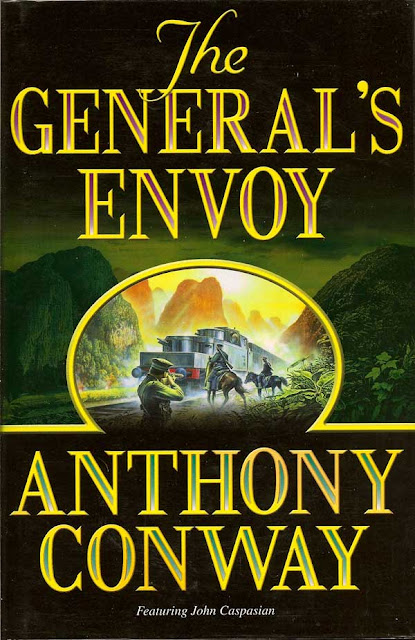 Somewhere I have an armoured train model for the period which I bought from Mark Copplestone.  It all reminds me of the Anthony Conway Caspasian novel The General's Envoy which featured a Chinese armoured train and a warlord army.  I must read it again! 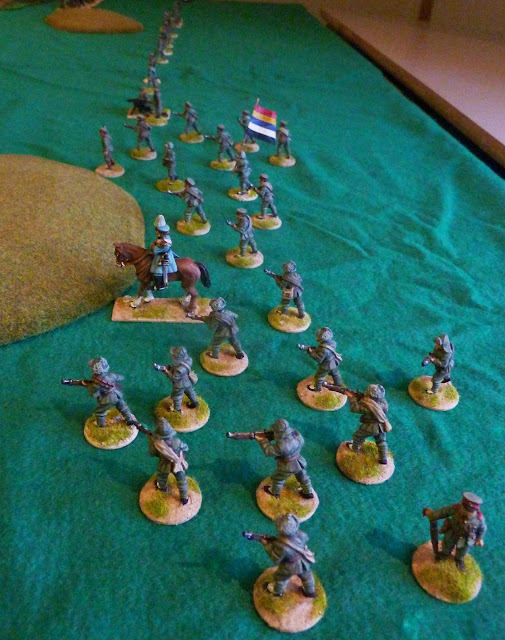 I didn't have a lot of cover on my side of the board so just advanced in lines.  Obviously my army had been trained by a German officer who had gone to China before the Great War.  I was worried about the close proximity of my troops faced with a machine gun but the rules don't penalise this; it is just a score against the unit - how closely packed they are doesn't matter (unlike grenades). 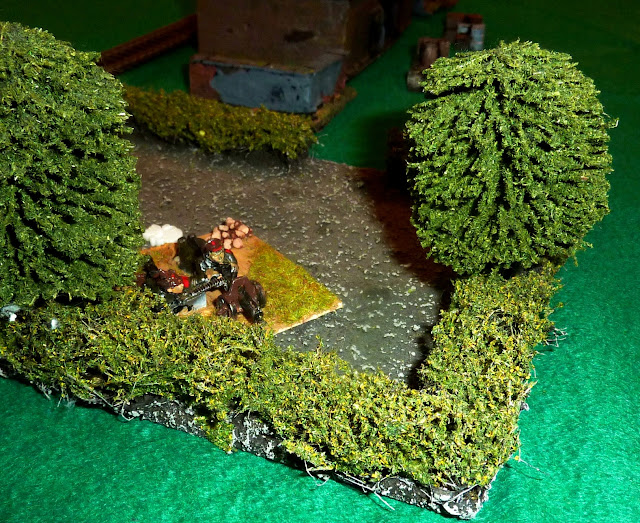 Although advancing into a machine gun is not usually a good idea I was lucky and my own machine gun soon put paid to it. 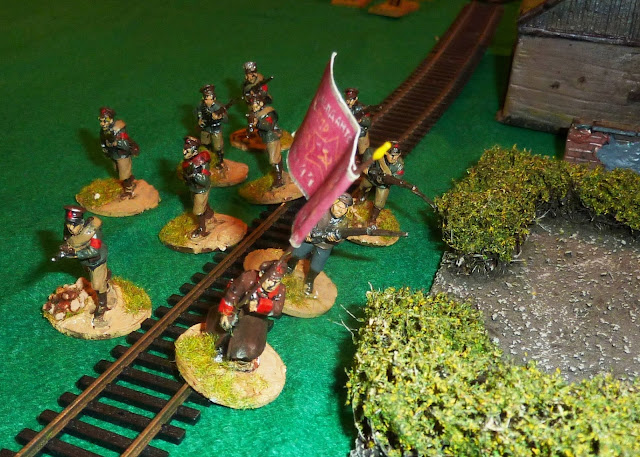 I had attacked Alastair's weak flank but he soon had some troops racing to plug the gap which they did quite well but eventually I ground them down. 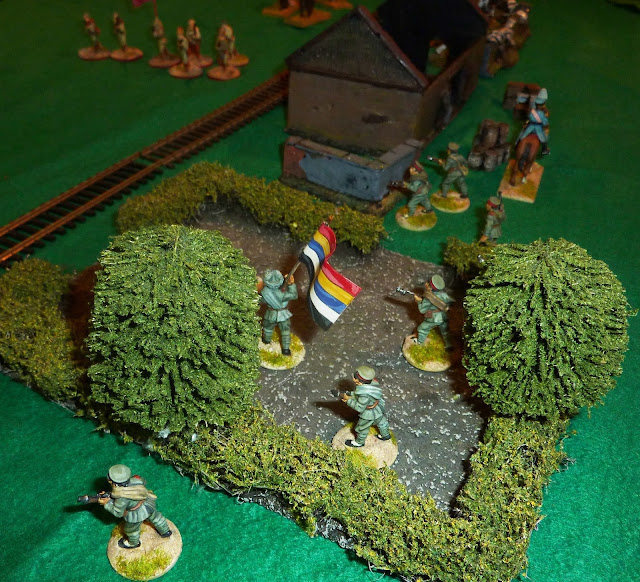 My general makes a break for the abandoned station while my elite unit prepares to engage yet another wave of Bolsheviks. 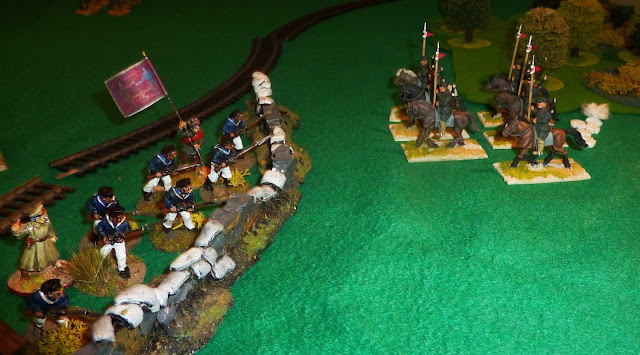 At first I had no idea what I was doing (as usual) but by the end of the game I had a plan and was using the threat of my cavalry to pin down a couple of units while (I hoped) my force on the left could turn Alastair's flank.   All was going well until my cavalry charge came up short (it's a set distance plus the best of two D6) and my lovely newly painted lancers were sent off.  Still, they did better than most newly painted units. 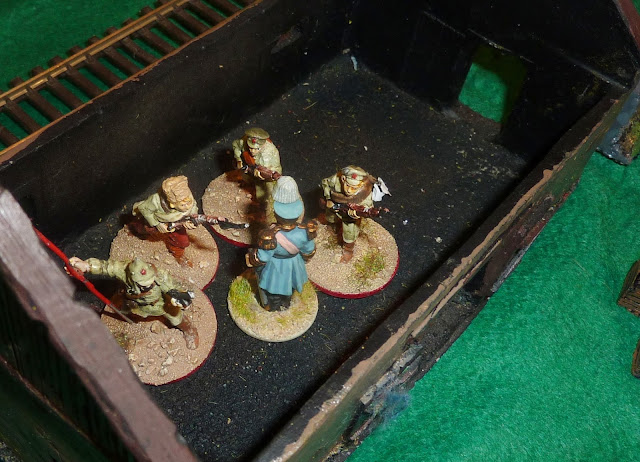 Meanwhile my general had dismounted inside the station and was soon involved in a vicious hand to hand fight where he put his sword to good use.  Things were looking bad for the general but some more of my troops piled in and he survived (admittedly by running away).

One more move failed to resolve things.  I had lost my machine gun and my lancers but still had three viable units, one of whom was still at full strength.   Alastair had four units left (I think) but they were down to a handful each.  I could still have gone either way which is why we decided to leave it there (and it was late and he had to walk the dog!).

I am very grateful to Alastair for the game as there was a fair bit of paperwork he had to prepare in advance for it.  He even made me a unit card for my cavalry which had a picture of my actual figures on it!

Now, hopefully, it won't be two and a half years until my next game at Guildford!
Posted by legatus hedlius at 9:45 pm

Labels: Back of Beyond