There was a recent post on Solo Wargaming in the UK's blog where, in demonstrating his new camera, Mr Wargaming in the UK displayed a picture of a splendid local museum and asked bloggers to post pictures of the most impressive Victorian building from where they live. 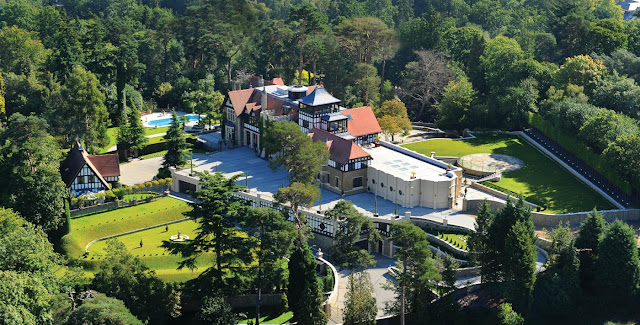 Now the village where I live only has about 4,000 inhabitants and only really started to grow with the arrival of the railway in 1885 so it doesn't have any impressive civic buildings.  Much of the land here then (as it still is) was Crown estate and the Crown Commissioners initially only allowed large houses to be built.  There are a number of these left, most now divided into flats, and one was my son's Prep school, but easily the most splendid of them is Pinewoods.  This is the most impressive Victorian building in the village and is just about a quarter of a mile from where I live. 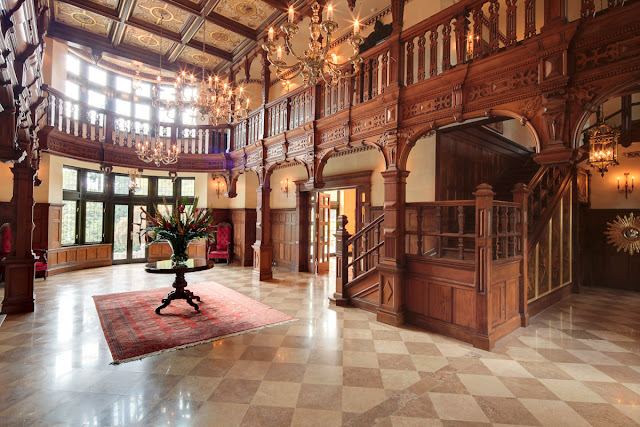 
Built in 1880 by a shipping magnate it has been extended several times but latterly had been split into three homes. Recently the owner of one part of the house bought out the other owners and combined the house into one again. 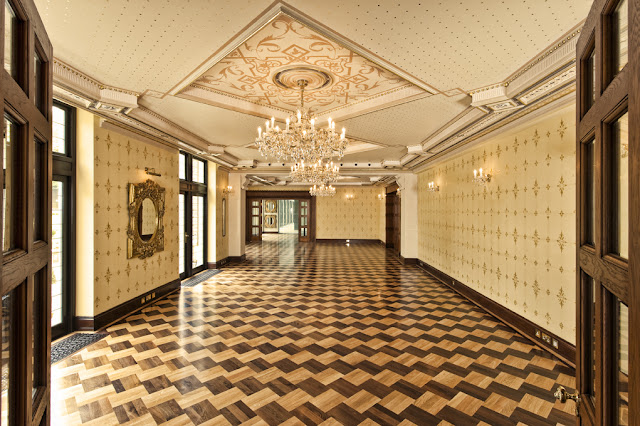 Keeping much of its Victorian splendour, but also adding many more modern amenities it has been put up for sale.  It has 9 bedrooms, a drawing room, ballroom, study, library, 2 sitting rooms, both a family and commercial kitchen, a wine cellar, a cinema room with bar and an observatory tower with 360° views. 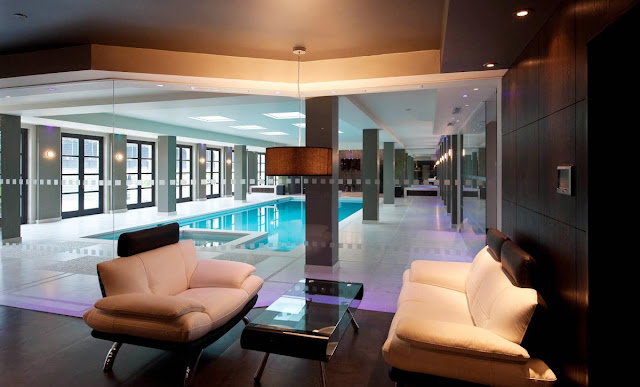 It also has a gym, indoor and outdoor swimming pools, a sauna and a steam room plus a heli-pad, a 4 bedroom staff/guest cottage, a security guard's suite, a secure vault,  parking for 20 cars and a large landscaped garden. 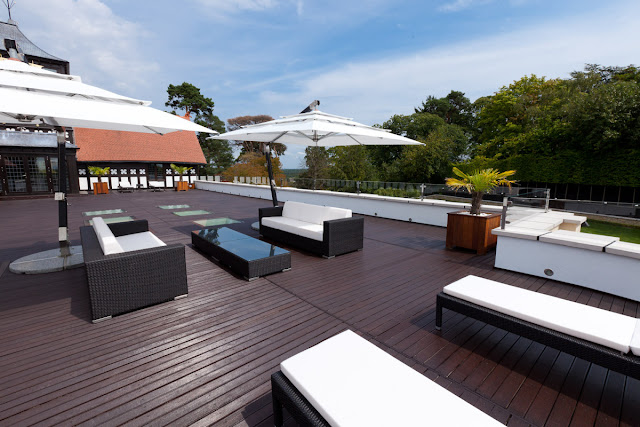 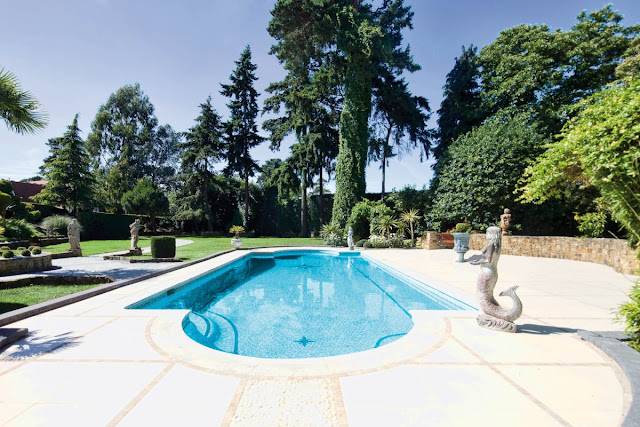 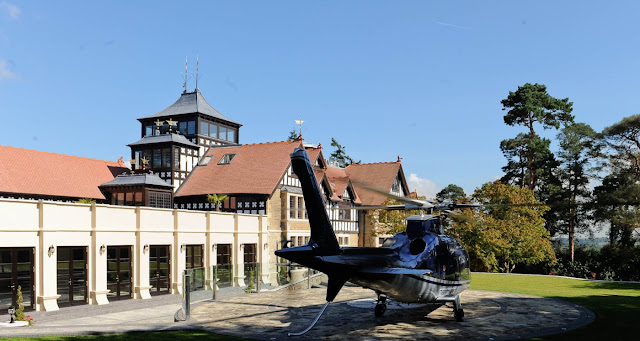 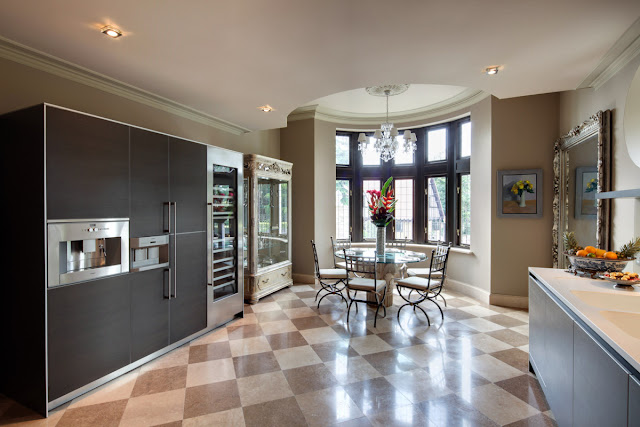 A very, very large fridge in the kitchen 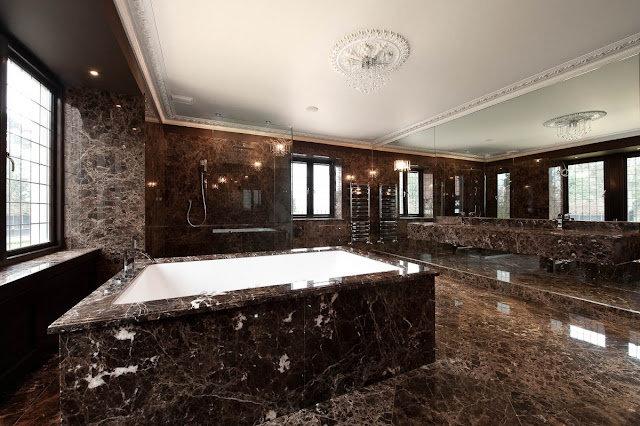 A very large bath in one of the en-suite bathrooms 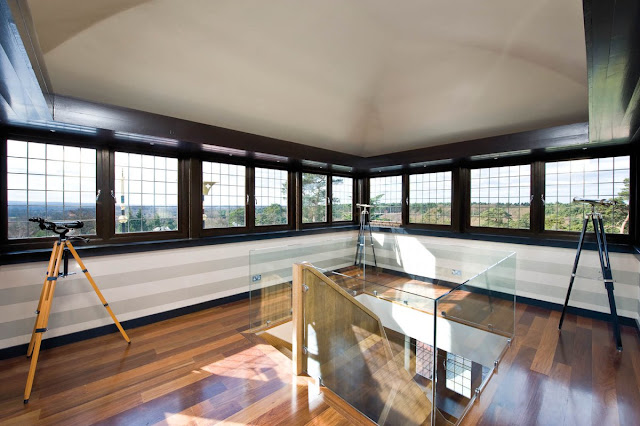 360 degree view from the tower 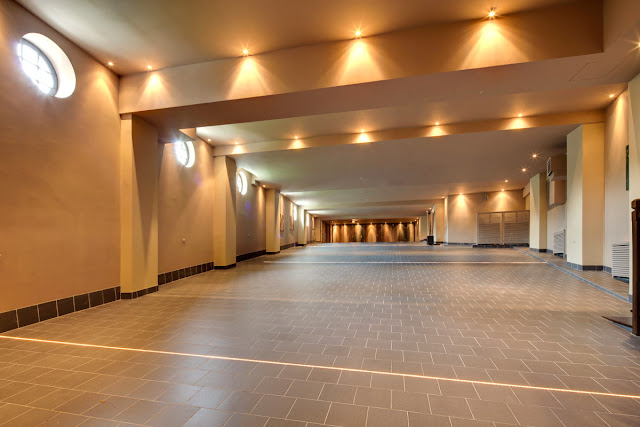 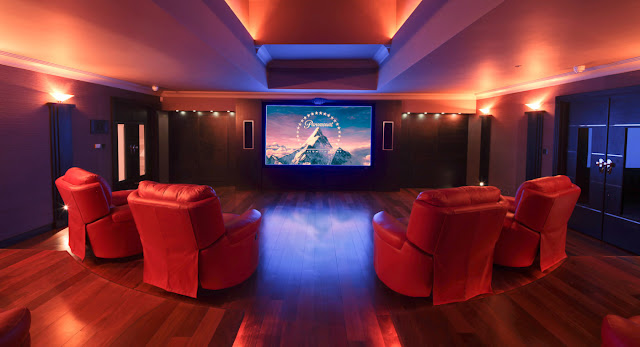 The original asking price was for offers in excess of £20 million but last year the price dropped to a comparatively bargain £15 million. No one seems to know if it has sold or not but no doubt the person who owns it could afford £11,000 towel rails, as sold in our local bathroom shop. 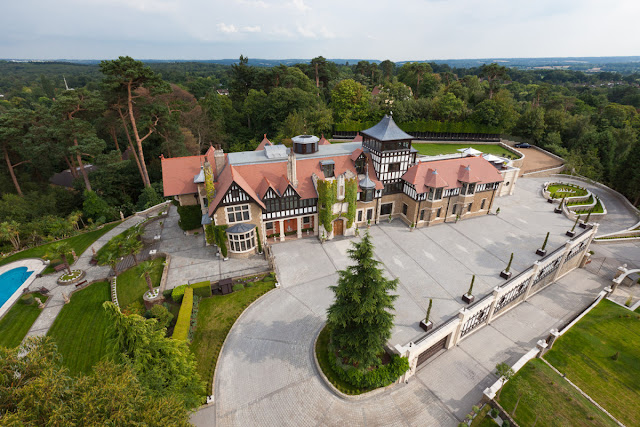 My, rather smaller, house is just behind the trees on the far right of this picture.  Pinewoods doesn't seem to have a shed, though!
Posted by legatus hedlius at 2:06 pm