I finished this unit of Copplestone Castings Naval Brigade figures yesterday, in comparatively quick time.  The ratings arrived from Copplestone (always very rapid service) about ten days ago and I bought the officers in Orc's Nest the following day.  I got most of the painting done last weekend and finished them in two sessions this weekend. 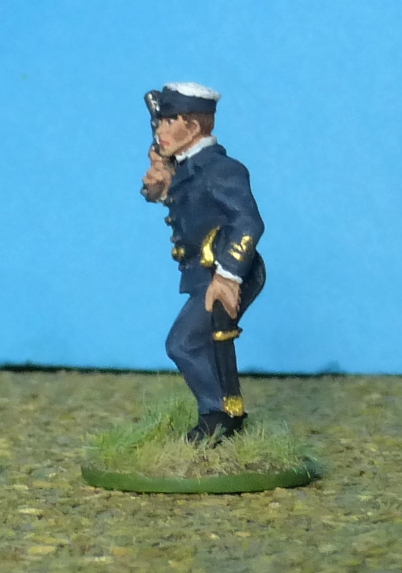 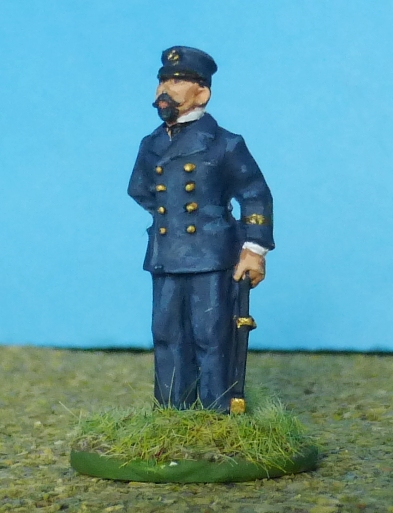 The idea behind these is that they will form part of a joint services task force based on the Prince of Wales Extraordinary company (my figures for which arrived from North Star late last week).  I only painted two out of the five officers but I may paint the others in due course. 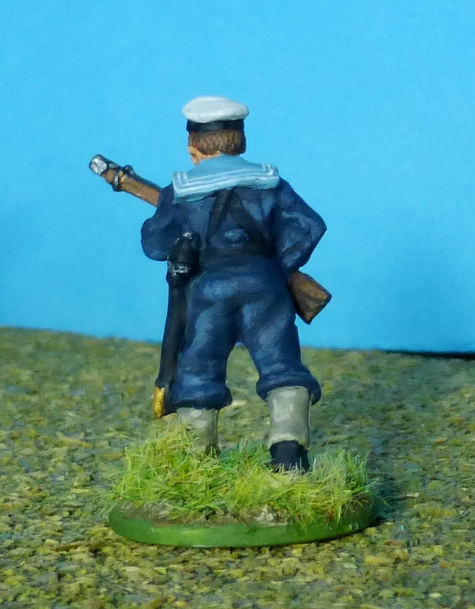 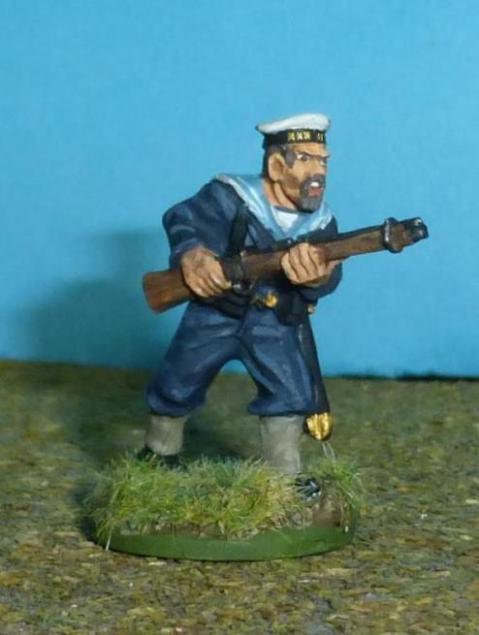 Painting Naval Brigade figures involves a strange mixture of straightforward painting of a simple uniform and then the fiddling annoyance of painting stripes on their collars. Ten ratings means ninety stripes!

This is the third set of Naval Brigade figures I have painted.  The first were for my Sudan British Force and were Perry Miniatures.  I did these back in 2007. 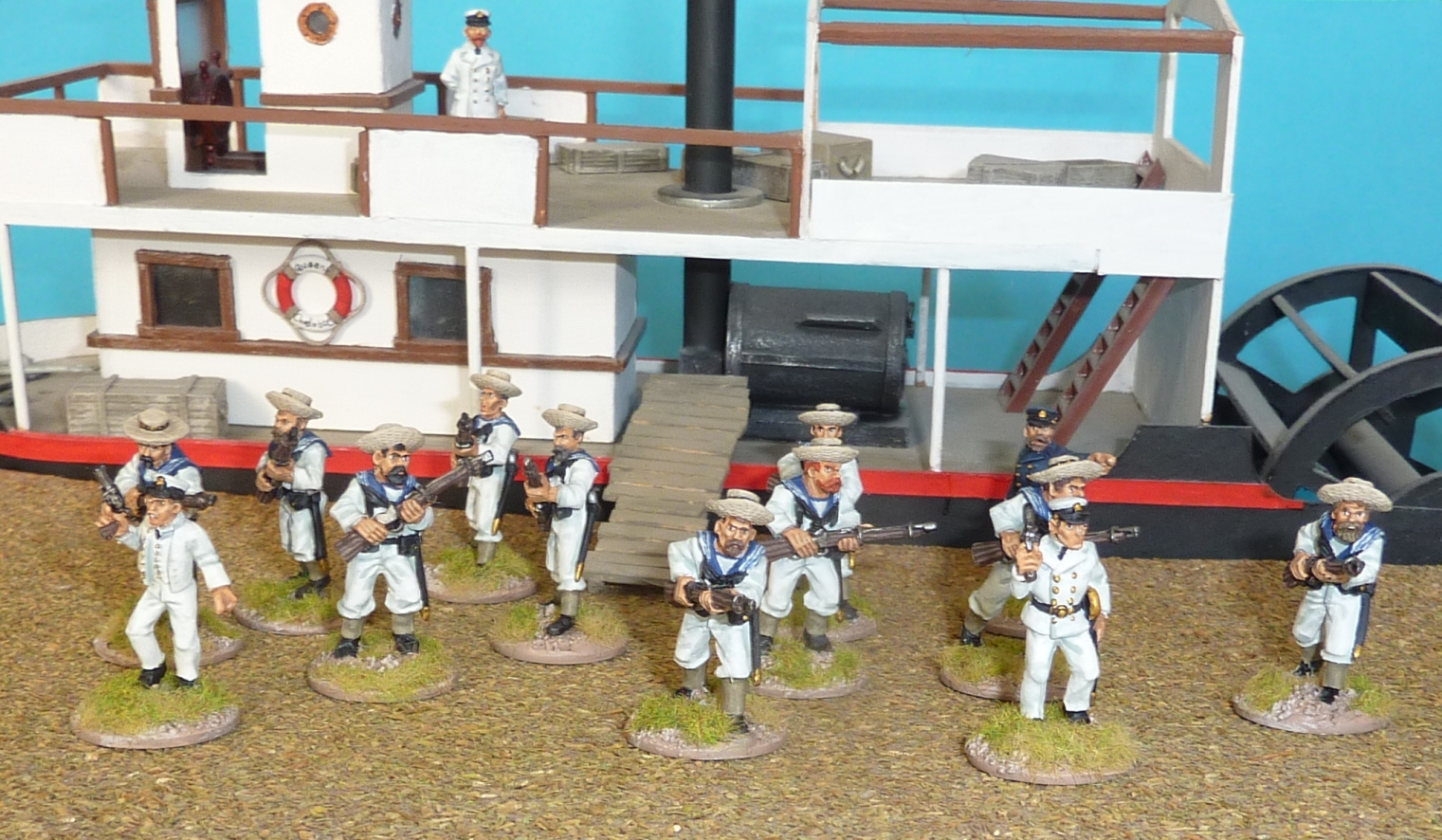 I also did some for my Zambezi campaign back in early 2011.  These are the same Copplestone figures as the one's I have just done accept they are in their sennett hats and white, tropical uniforms. 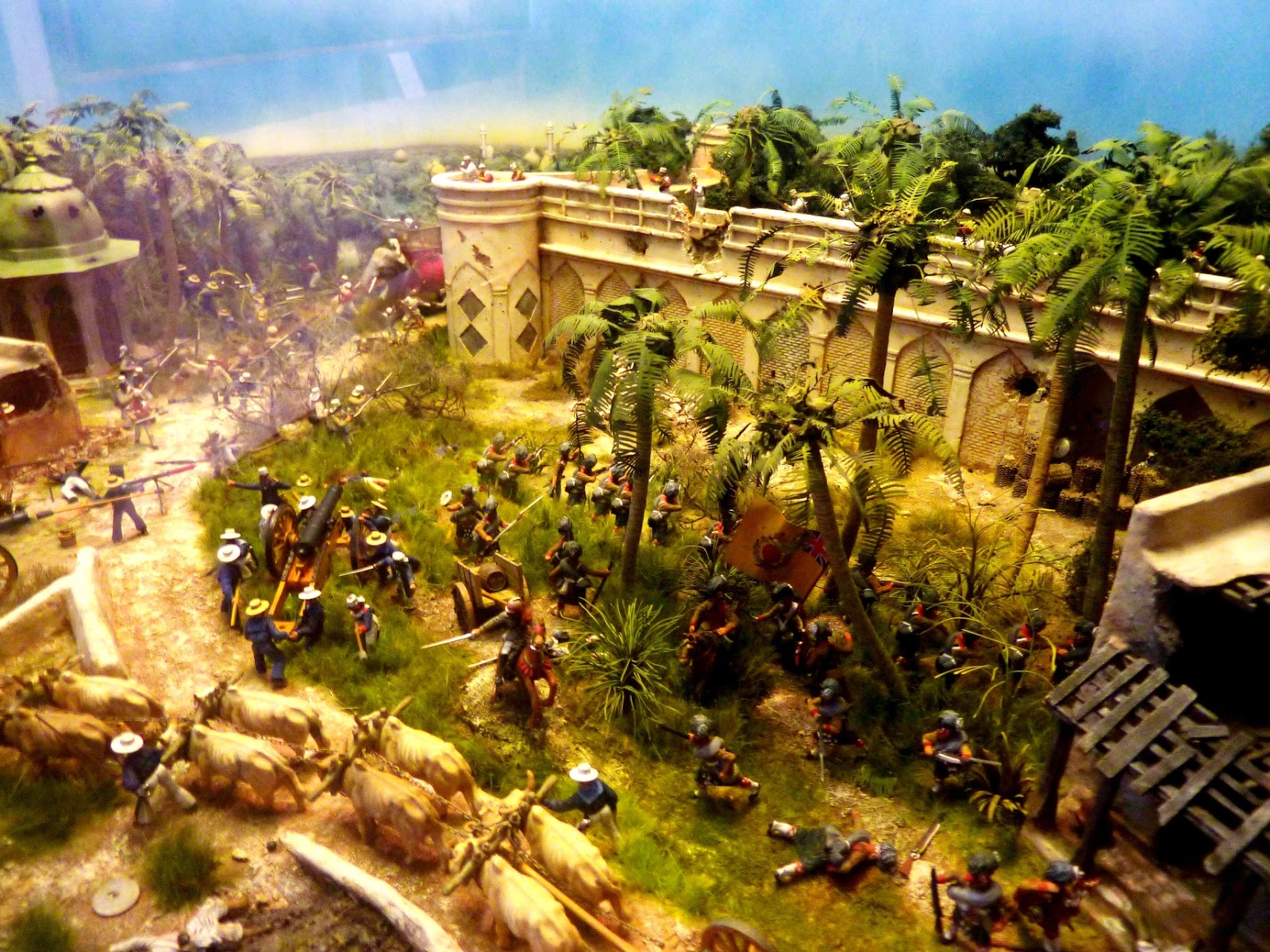 You'd think that would be quite enough Naval Brigade but I will be getting some Mutineer Miniatures for the Indian Mutiny.  I was very inspired by a diorama at the Portsmouth Dockyard museum of the Naval Brigade in action during the Mutiny.

Confederation of the Rhine next. 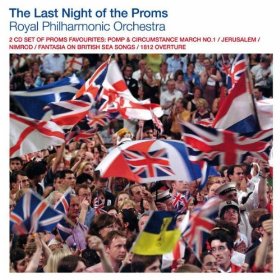 There's only one piece I could possibly listen to while writing this post: Sir Henry Wood's Fantasia on British Sea Songs, which he produced in 1905 to celebrate the 100th anniversary of the Battle of Trafalgar.  It's a disgrace that the BBC has cut this from the last night of the Proms lately as, according to them, it only contains English music.  Wood could have called it a Fantasia on English Sea Songs but he didn't!
Posted by legatus hedlius at 10:29 am