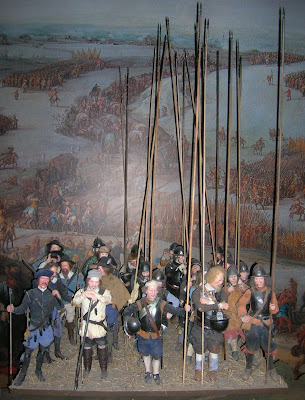 I took this picture of some model Thirty Years War Swedish Pikemen in the Army Museum in Stockholm on my last visit. The figures are 1/6th scale, hence the amazing detail.

I’m feeling a little Swedish at the moment. This is not surprising as I am part Swedish, with family originating in Malmo on my mother’s side. Maybe partly this can also be explained by our recent snow in Surrey with lots of people taking to cross-country skis. 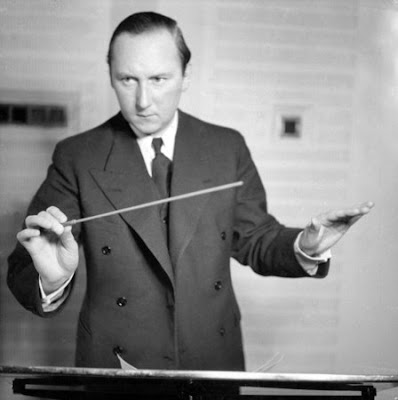 Lars-Erik Larsson (1908-1986)
Also, I have been listening to a lot of Swedish music lately; notably Lars-Erik Larsson’s first two Symphonies and his wonderful piece Dagens Stunder which is like jolly Sibelieus. I am also working my way through his 12 Concertinos which were written to be performed by amateur players with rather more experienced soloists. Very similar in conception, in fact to Carl Orff's Carmina Burana which was designed for amateur choir and orchestra. My friend from Stockholm (who introduced me to Larsson's music: he is virtually unknown in the UK) is over in London this week too. Unfortunately, I am in Qatar so I will have to catch up with her in Stockholm later in the year; which is always a pleasure. 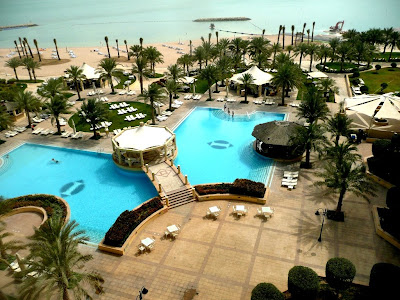 My not very Swedish view as I type this. Palm trees in February is always a good thing!

All of this Scandinavianism is being reflected in my painting plans as well. Not actual painting, as I am in Doha (which is about as opposite to Sweden as you can get) but mental painting. I recently finished ten more Great Northern War Swedish infantry and, as a result my first two regiments are starting to look well on the way to being finished. Given that the Musketeer figures are so easy to paint I am inspired to just get on with them and finish them. I recently picked up quite a few more for a good price on eBay which included the flag for the Jonkoping Regiment whose red facings will make a change from the yellow ones of my first two regiments. This however, means that I will be working on three regiments at the same time. Next I would like to do some Russians but we are all still waiting for Musketeer to come out with their long promised pikemen (let alone Grenadiers). 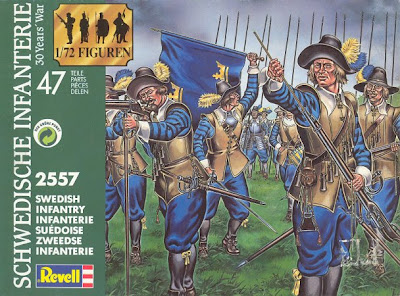 I was initially attracted to the Musketeer figures by the striking blue and yellow uniforms. Some years ago for the same reason, I bought a lot of the Revell Thirty Years War plastics. As a set they probably remain the best plastic figures ever produced. I painted quite a few and even started to buy some of the Tumbling Dice 20mm ECW metals to fill the gaps (especially as regards pike men). I started thinking about the Thirty Years War again with the announcement of the new Warlord plastic ECW figures. They claim that they are suitable for both ECW and Thirty Years War but, in fact, there are quite a few differences in the fashions of the period not least of which is headgear, baggier trousers and the length of jackets. Recently, however, The Assault Group have released some proper Thirty Years War Swedes and I have just ordered a couple of packs to see what they are like. They are sculpted by Nick Collier who did the wonderful Renegade ECW figures. I expect them to be slightly smaller than the latter as, apparently, he wasn’t that happy in being asked to sculpt them so large. I gather that the Warlord figures will be compatible with the Perry ECW figures which are much smaller than the Renegade ones. For ECW I will stay with Renegade and Bicorne, I think. I am trying to finish some of the part-painted figures on my workbench and have four Renegade Musketeers to do to complete my second ECW Regiment so I hope to do this as soon as I get back from my current trip.

Posted by legatus hedlius at 8:42 am 2 comments: 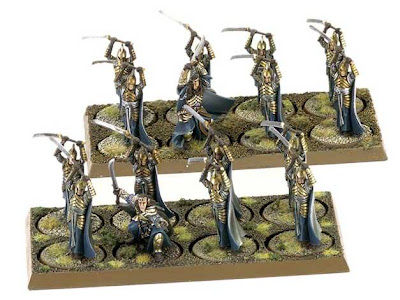 GWs new LotR unit bases for War of the Ring. Battle of the Last Alliance. Yes!
Despite what some people think the number of armies I am working on does stress me out from time to time so I am very happy to be able to stop work on army forever. This very rarely happens as I sometimes get into something (usually due to reading a book) and start buying figures. I then don't ever want to get rid of something unless I suddenly get keen again (which is why I still have all those Foundry Trojans).
I had been collecting some (well, quite a lot, actually) Warhammer (Fantasy Battles) figures on the basis that my son and I might play in the future. This is because he likes big armies and not skirmishes all the time. 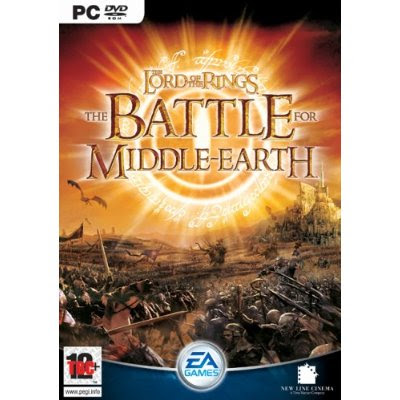 Even I've been known to play this and I hate computer games.
Now, however, Games Workshop have at last announced a mass battles variant for the Lord of the Rings, War of the Ring, due in April. It all sounds rather like Guy's favourite computer game Lord of the Rings: The battle for Middle Earth.
Up until now we have only played the Battle Companies rules which need six or seven figures a side but Guy would rather have some of the famous characters involved, which they aren't. However, in War of the Ring having your heroes in the middle of your units will be important as it effects their fighting abilities. Interestingly, any mention of Battle Companies has disappeared off the GW site (you can't shift much product when you onkly need seven figures a side) so I'm glad I downloaded the pdfs some time ago. No, War of the Ring makes much more commercial sense for GW, as you really can make it like Warhammer and 40,000, where you need bucketloads of really expensive figures.
The real bonus for me is that many of the LotR figures are really quick to paint given the film costume designers' limited and muted palate. Lots and lots of black, basically. The result of which is that I can paint 12 Uruk Hai in a day, as I did yesterday.
The upshot of all of this is is that I am going to sell all my boxes of Warhammer figures. I only liked the Dwarves really and you can have these in LotR. Hooray, more space and less stress!
Posted by legatus hedlius at 4:47 pm 2 comments: 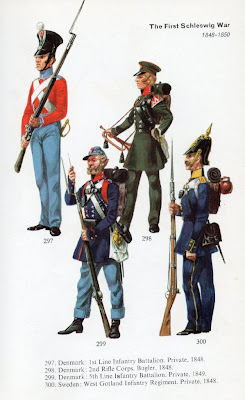 The first uniform book I ever owned was given to me by my father. It was the Blandford Military Uniforms of the World by Preben Kannik. I was given it because of the section on the Napoleonic Wars but was also fascinated by the illustrations of troops from a whole host of nineteenth century conflicts I had never heard of. Later on I always wondered if anyone would ever make figures for these obscure wars. The period between the end of the Napoleonic Wars and the beginning of the Crimean War seemed particularly colourful. The Latin-American Wars of Independence, the Belgian and Polish uprisings, the Spanish Carlist uprising, the Mexican War and the First Schleswig War were all featured in the book. The Perries have now dealt with the Carlist Wars, amazingly, but still no-one has made a good range for the Mexican-American War. Artizan started but stopped, sadly. 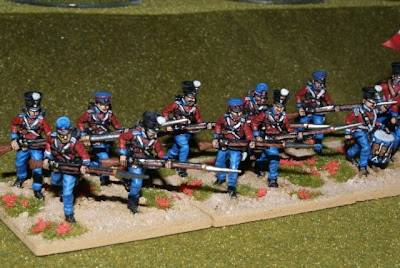 Kannik was Danish and so, understandably gave greater emphasis to conflicts that featured Denmark, such as the Schleswig War. Now, however, Matt, author of the excellent Waterloo to Mons blog http://matratmatt.blogspot.com/ has started to produce figures for this war, so I hope he won't mind me showing a picture of some of them. You can pre-order tham via his blog and I will certainly be getting some of these as I spend a fair amount of time in Denmark and I feel a certain affinity for the Danes (or maybe that's just my friend Mette) and, in particular, the Danish Countryside.
If I ever get any time on any of my numerous business trips I try to visit the local National Gallery. The one in Copenhagen is particularly good and I was very taken with the landscape paintings of LA Ring. Laurits Andersen was born in the village of Ring in 1854 and his paintings of the late Nineteenth Century/early Twentieth Century Danish Landscape are very evocative 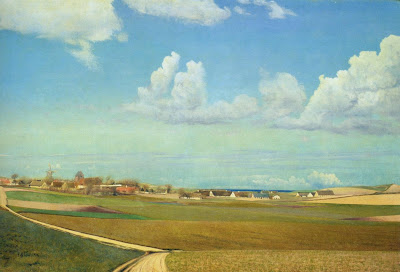 The view from the workbench.. 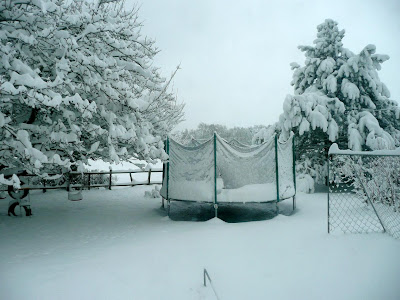 ..is mainly snow. I booked a day working from home to get a report written today and now the children's schools have closed so they are running about being excited and noisy. Maybe it's just the weather to finish my latest batch of GNW Swedes instead! 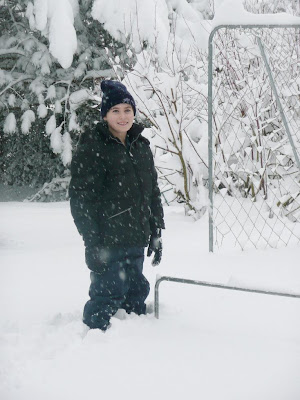 We've just been out and it's the deepest snow I can remember in Southern Britain for over twenty five years. My daughter, being a budding scientist, made sure that she measured it. 14 1/2 inches on the flat! It's uphill to the main road, as you can see, but not many people had tried. 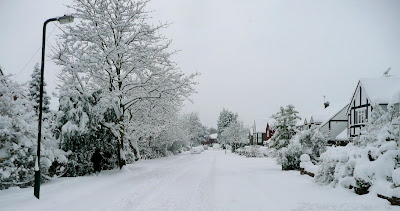 Where I live is a cul-de-sac so there hadn't been a lot of through traffic. 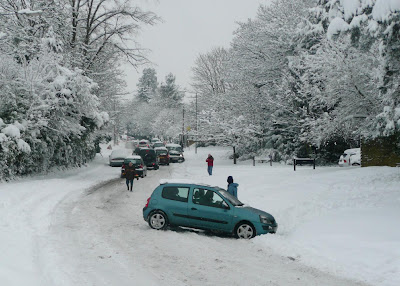 Up at the main road it was total chaos however. People were slithering around the bend and then getting stuck trying to get up the hill. Abandoned cars left the night before didn't help. My friend took eight hours to get back from Gatwick last night, which is usually only 40 minutes drive. He had to abandon his car at the foot of a hill and walk the last two miles home. Serves him right for having a Porsche with rear wheel drive. It amazes me that so may idiots are trying to go anywhere this morning. Even the 4X4s were struggling. I did try and help push a few cars that had got stuck in the verge but only if they had attractive women in them like this little green one. Green car obviously. She wasn't a green woman. Not an Orion slave girl, unfortunately, but she was pretty cute and well worth giving a shove.
Posted by legatus hedlius at 9:07 am 1 comment: 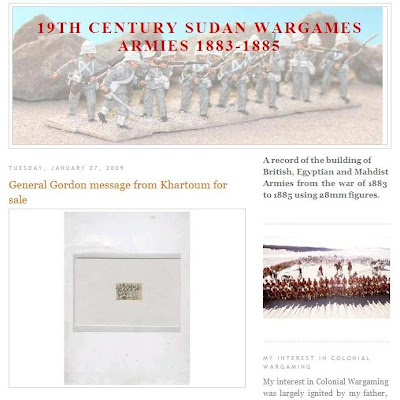 The first monthly total of the year shows the Sudan blog picking up a lot of hits -around 200 a day at present. Another big climber is the Great War blog but I have actually been doing a lot of stuff for that. The Spartan one has picked up a lot this month too. At least I have a couple more Spartans under way.
Cavegirls in Fur Bikinis is approaching the magic 100,000 visits mark!