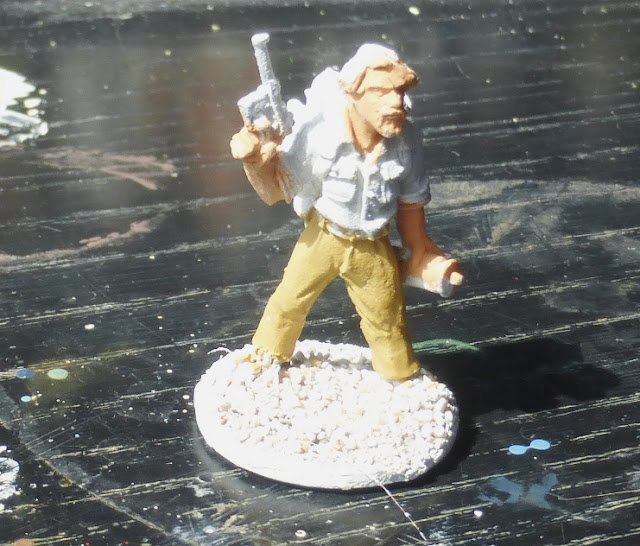 Well, unusually I am going to focus on just one figure this weekend.  This Lead Adventure figure will be a British archaeologist in Eric the Shed's pulp campaign opening game on Monday.

Of course, as a (hopefully) newly painted figure he will undoubtedly die in the first turn.  I want to get his skin and clothes done today and his complex backpack and equipment done tomorrow.
Posted by legatus hedlius at 11:15 am 2 comments: 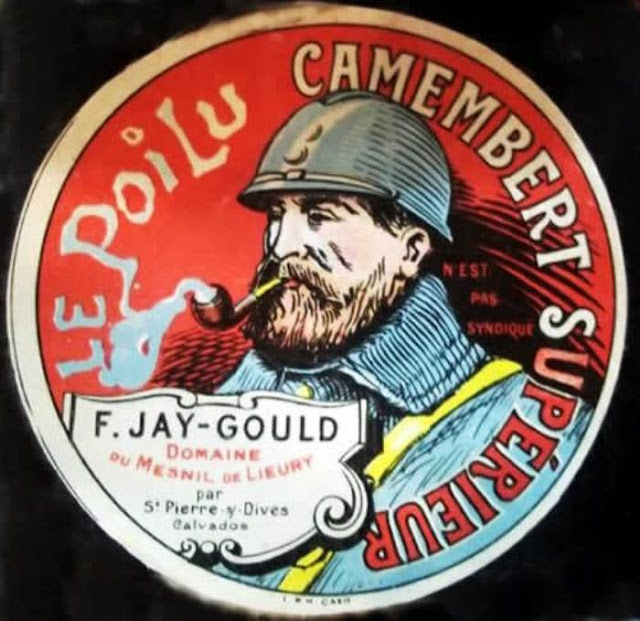 Back to looking at some French (and Dutch and Belgain) regional fare as the Tour travels around for three weeks, on my food blog.  Stages 1 to 4 were in the Netherlands and Belgium, stages 5 to 9 in Normandy and Brittany.  There is a military connection with Normandy (no, not D-Day!).
Posted by legatus hedlius at 10:31 pm No comments: 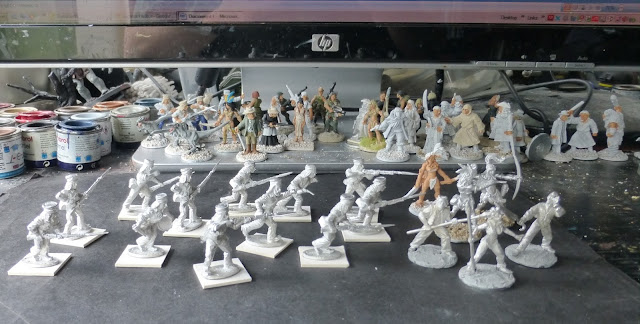 Well, I did manage to get on with some base colours last weekend as you can see if you compare this with last week's shot.  Unfortunately, it is far too hot in my room to paint at present so I will have to hope it is cooler this afternoon when the sun moves around (although then you lose the light, of course).  Big artistic decision today is as to whether I paint the shirts of the 64th Foot white (quick) or an off white (slow).  I can then paint their belts plain white so they show up better against the shirts.  Of course the belts were buff and then pipe clayed white so buff might work for those too with white shirts.   Hmm!
Posted by legatus hedlius at 12:11 pm 4 comments:

Hot in the city...but only for men! 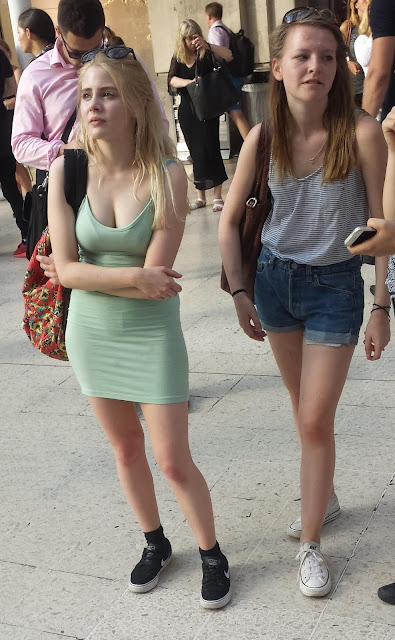 So, it was the hottest day in London for nearly ten years yesterday and it highlighted yet another inequality between men and women in the workplace.

In every job I have had, it has been a requirement for men to wear suits, long sleeved shirts (my friend Bill wears short sleeved shirts to work in the summer but he is an actuary) and ties. Now, admittedly, people in my new office are not wearing ties during this hot spell but as soon as we have a meeting with external clients, inside or offsite, the tie has to go on and the jacket has to be worn. So we trudge out onto the baking streets this week to find what? Women dressed as if they are off to the beach! Now, I admit that I am now across the river from the City but hot pants and cotton vests (tanks for North Americans) as appropriate work wear? Thigh, shoulder and back revealing sun dresses? Plunging necklines? It is not only inappropriate it is, much more importantly, not fair! 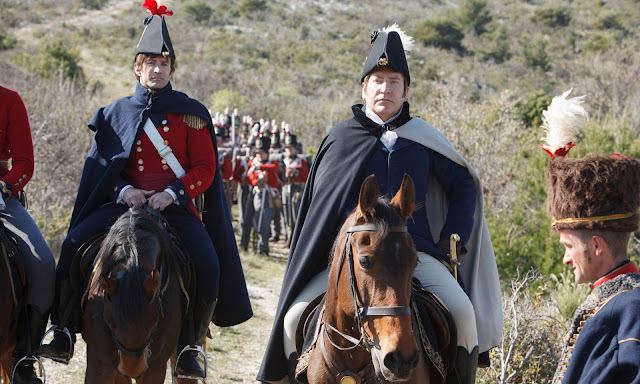 Episode 3 of Jonathan Strange and Mr Norrell.  The first depiction of the Peninsula War on TV since Sharpe

Why can’t I wear shorts to work instead of sweltering in wool trousers? Except I would not, as shorts should not be worn by any man over the age of 25 and by no men with really hairy legs, on account of the fact it looks disgusting. As a wargamer I often look at the clothes soldiers used to have to wear in hot climates in the past and think: What on earth made their leaders think that this heavy clothing would contribute to an efficient fighting force? But a suit, shirt and tie is, in effect, the uniform of many men working in Britain. Not IT people, of course, who seem to have managed to gain an exception on the basis of being the possessors of arcane knowledge. They are like your curiously dressed wizards in your otherwise conventionally clothed fantasy army. Yet women, somehow, have managed to get an even more relaxed exception, merely by dint of being women.

Women are quite capable of wearing a suit to work, although I will even grant them an exemption from wearing a tie, which really is a ridiculous historical throwback. Interestingly, when I worked in a City law firm it was notable that the more formally dressed the woman was the more junior she was likely to be. Lady lawyers tended to wear plain skirts and blouses. If you saw a woman in a pinstripe suit (sometimes with trousers, sometimes even with a tie) she was almost certainly going to be junior support staff. But the point is, if men are expected to wear suits then women should do as well! 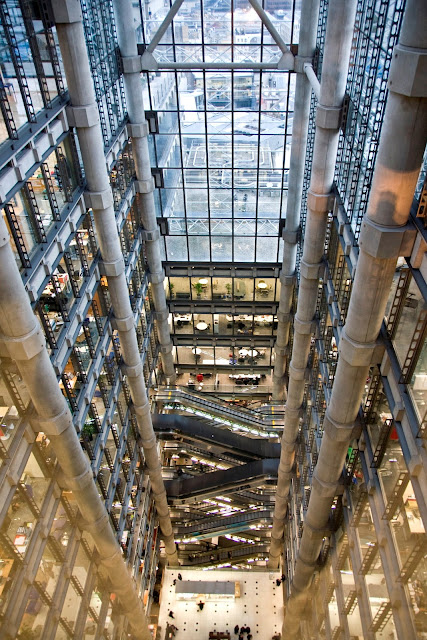 When I worked at Lloyd’s of London, the Underwriting Room had a strict dress code of suits and ties. One summer, just after moving in to the new building in 1986, we had a particularly hot spell. The Room, at the heart of Richard Roger’s iconic building, was, to all intents, a greenhouse in design. There was a problem with the air conditioning. It got hotter and hotter. Now, of course, instantly, all the lady brokers (known as brochettes) appeared at work in tiny, wafting dolly dresses. The lacy tights (then very much de rigeur) all disappeared and we were presented with acres of bare legs. As an aside, how is it that women always know when the weather is turning hot, and adjust their clothing for work accordingly, even if the heat suddenly comes on half way through the day? The answer, of course, is that they look at the weather forecast on a daily basis. I don’t look at the weather forecast because the result makes absolutely no difference as to what I have to wear. Anyway, back at Lloyd’s a memorandum from the Chairman was circulated immediately, reporting complaints from Underwiters (all male at that time) about the abbreviated clothing and pointing out that the Room had a dress code which was, and I quote, “suits with ties for men and the equivalent, whatever that is, for women.” The Chairman was totally baffled about how to define what women should wear. It should have been clear. Suits for all. Case closed. But, no, women got away with it again. The next day a few flimsy jackets or lightweight cardigans appeared over the tiny sundresses but the bare legs and (often) low cut tops remained. At the time I wondered to my girlfriend (who also worked at Lloyd’s) why anyone would complain about underdressed women? Her answer was that it depended on the women; some of whom (like her) looked better underdressed than others. Really, though, I feel the reason was jealousy by the male underwriters. Jealousy caused by women being able to wear much more temperature appropriate clothing which happened to be business inappropriate.  Also, it is not so much the situation regarding what they wear at work that gets men frazzled so much as what they can wear to work as we struggle in 100 degree heat on the Underground, slogging along baking streets and overcrowded trains on the way home.  Having walked the one mile from my office to London Bridge station last night I found it had been closed due to a fire alarm.  I then had to walk nearly another mile to Bank Station when the temperature was still around 34 degrees (94F). Waterloo station (which has a glass roof) was appalling too but not for women in tiny shorts and tops. 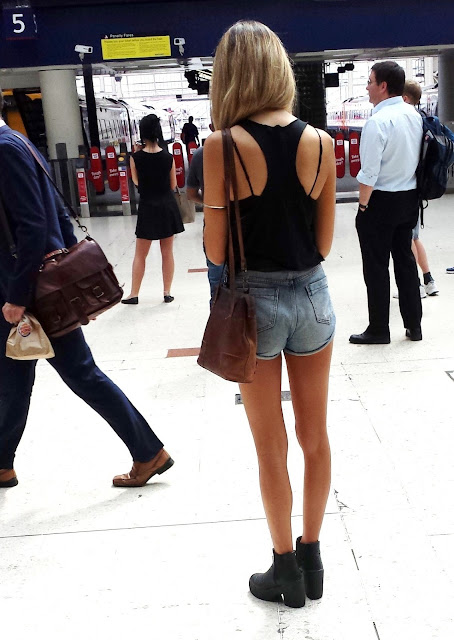 The corollary of all this is, of course, that women say: “Well it’s easy for men you just have to wear a suit you don’t have to choose different outfits every day for different seasons.” Just wear a suit then! No one is forcing you to carry on having to put yourself through aesthetic agonies every morning. You do it because you want to. You can choose to wear a tiny pair of shorts, sandals, or a sundress to work. Men cannot. IT IS NOT FAIR AND IT IS SEXIST!
Posted by legatus hedlius at 8:05 pm 29 comments: