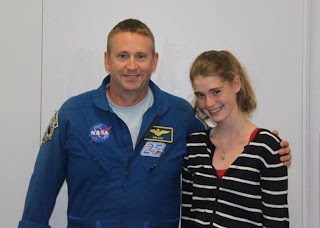 Well, I have just returned from two vists to Cowes. During the first visit I had a particularly relaxing middle portion with my son, Guy, as my daughter and wife had to return to London for a week so Charlotte could attend a NASA space course at Imperial College.  Much to my amazement Charlotte is turning into a scientist and is doing a terrifying collection of A levels from September: Maths, Further Maths, Chemistry, Physics and Biology.  She got 300 marks out of 300 for her Physics GCSE! It makes my head spin just to think about it.  This is all very strange for someone who comes from a family of writers and journalists who were always rather suspicious of boffins.

Fortunately Guy (who is whatever the opposite of a boffin is) is interested in history and we managed a few historically themed excursions whilst in Cowes without the girls. 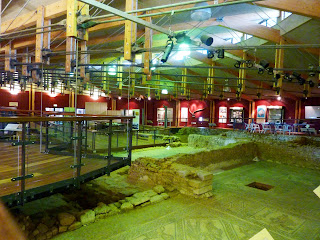 There are a couple of good Roman villas on the Isle of Wight and Brading now has a splendid new building to protect it after the original 1901 tin shed was condemned by the Isle of Wight council. There were fears that the splendid mosaics would have to be reburied if the money couldn't be raised for a new building.  Fortunately, the Times came to the rescue with an appeal and the new building shows of this impressive villa most effectively.  Brading has the advantage of being close to Adgestone vineyard as well! 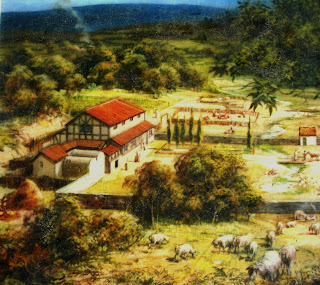 The villa that fascinates me, however, is one that was reburied after excavation and which is now in what is Robin Hill Adventure Park.  My interest is because of this splendid painting of it at the site and I am determined to build a model based on it for some Romano-British vs Saxon games.  I've made model buildings before, reasonably successfully, but the only issue will be where to get some nice Roman style tiled roof sheets as I don't fancy cutting straws into hundreds of tiny pieces to do it! 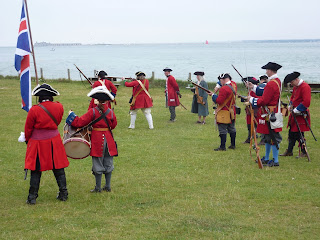 Down at Fort Victoria we accidentally came across a pirate day which featured this motley crew of re-enacators.  I was intrigued by the fellow who walked around with a bottle and glass on a tray throughout the skirmish! 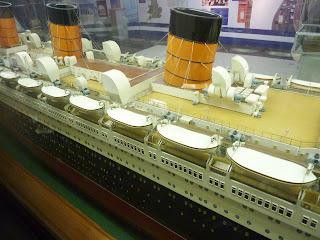 Big model of the Queen Mary in Southampton

Guy and I decided to have a quick day trip over to Southampton to visit the Maritime Museum which had an interesting Titanic exhibition on.  Guy and I had bought the Revell  model of the Queen Mary in Pit Stop in Cowes (which basically sells die -ast model cars but also has some old 54mm Napolenic figures for sale) to work on during our stay and they had a fabulous 1/48th scale (!) model of it in the museum which gave us the opportunity to take some reference photos. 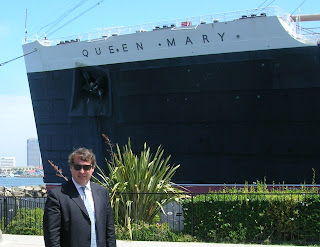 I have always been interested in ocean liners and had lunch on the Queen Mary a couple of years ago.  Progress on the model is going slowly but surely but I am now faced with the dreaded issue for all ship models: painting the waterline! 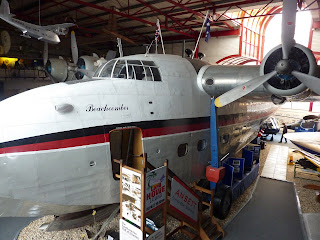 Whilst looking up the opening times of the Maritime Museum we came across a museum that I didn't know existed: Solent Sky which tells the pivotal role of the avaition companies (more than twenty aircraft manufaturers) in the Solent area between the wars.  In quite a small space they managed to cram in a Spitfire, a Supermarine Schneider Trophy plane, a Gypsy Moth, a Sea Vixen and, most impressive of all a Sandringham (the civilian version of the Short Sunderland) flying boat.  If there is one thing I like more than ocean liners its flying boats and this is the only complete one on display in Europe.  You can go inside it as well although, personally, I wouldn't have fancied flying in one.  My experiences in sea planes in Canada have not been happy ones!

As regards figures I took too many down with me, as usual, but have made great progress on some Zulu War British and some 1940 and Indian Mutiny British too.  Sadly, I didn't actually finish any figures this time but the 1879 ones are well on the way now. 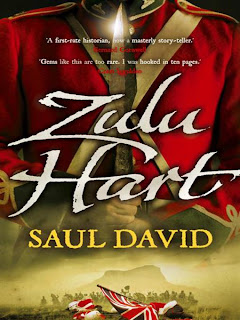 I am trying to read some of my pile of unread hardback novels as they take up far too much shelf space which I really need for other things (well, figures).  Whilst down in Cowes I got through the two latest Simon Scarrow Roman novels, The Gladiator and  The Legionary, both of which were better than some of his recent efforts in this series I thought.  I also read Saul David's Zulu Hart which I thoroughly enjoyed (despite the hero being rather too clever as regards the mistakes the British were making at Isandlwana) and look forward to reading the next one which, as it is set in Afghanistan, is very much mirroring John Wilcox's first two Simon Fonthill books as to setting.  I also enjoyed David's (does anyone else remember him from the BBC's Time Commanders) history of the Zulu war but one person who didn't was Ian Knight who never misses a chance to attack David's book.  Notably David doesn't cite any of Knight's books about the Zulu war in his historical sources section of Zulu Hart.  He did however put some in the bibliography of his non-fiction work Zulu so Knight's comments must have really annoyed him.  Historians, eh?  I have now moved on to Patrick Mercer's Dust and Steel which is about the Indian Mutiny and is keeping me focussed on bringing my Mutineer Miniatures figures along as well. 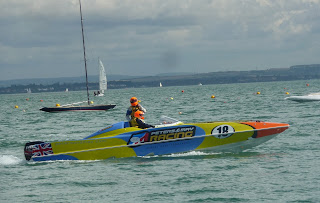 My second trip down was to watch the Cowes-Torquay-Cowes powerboat start although it's no longer the huge international event it was in the seventies and eighties.  Health and Safety now forbid the boats actually starting in the Solent anymore so they don't get up to full power until after they have reached the open sea. 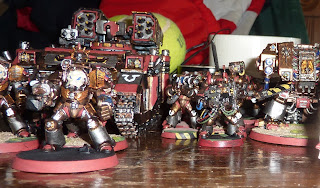 Some of my nephew's Space Marines

My wife's sister's family joined us for a few days and their eleven year old, Philippe has just started painting Warhammer 40K.  I was pretty impressed by what he has done so far; particularly as he has devised his own, very effective, colour scheme for his Space Marines. 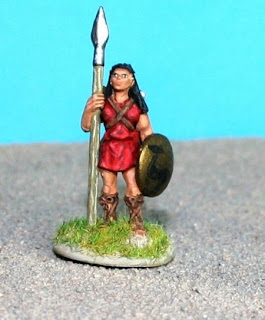 For the next month or so I hope to finish my next batch of Zulu War British, some more Indian Mutiny, the 1940 BEF and some more Normans.  Added to this I have some more plastic hoplites and Darkest Africa characters floating about.  I am also trying to finish off a few odd characters off, like this Foundry Argonauts girl (so she must be Atalanta).  How she would ever pick this tree trunk spear I do not know!  Maybe she is looking after it for Hercules.  I am tempted to do some more Argonauts, especially given the new Wargames Factory skeleton warriors.  Maybe Hercules next!

I have cleared most of the figures off the workbench, now and don't feel quite so swamped but I am starting to notice the poorer light in the evenings again.  Part of the reason I got less figure painting done in Cowes was because it was so dark and our house there is north facing (whereas my study at home is south facing).
Posted by legatus hedlius at 7:39 pm 3 comments: 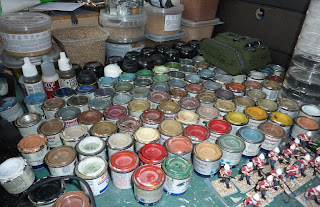 I just had a comment along the lines that a statement I made about painting some figures in Humbrol enamel must be a joke.  Well, it's not!  I first started painting figures in Humbrol enamel in 1970 and see no reason to change now. The picture above is of my workbench and, as you can see, most of my paints are Humbrol enamels.  The few acrylics I have are largely metallics from Games Workshop and Vallejo.
Apart from the fact that I have hundreds of tins of enamel (often half a dozen reserve tins of my favourite colours so I don't run out at a critical point) I just never switched to acrylics as I don't like them.  I was talking to an acrylics fan only this week and he was saying "but how do you find your paint shades?"  I wasn't sure what he was talking about but, it seems, some people who use acrylics don't mix their own shades but use another pure colour out of the jar for shading a particular colour.  I was always a painter (I had a place at art school but went to University instead) so am very happy mixing colours as I studied it at school.  I like enamels because they are slow drying and, once you have a colour just right it is easy to make it go further with a bit more white spirit.  Now I am sure that you can do the same with acrylics but I find they dry on the palette very quickly (I know you can mix stufff in to delay this).
However, the main reason I don't use acrylics is that they are far too bright.  I paint mainly historical figures from ancients to the nineteenth century, with the weighting very much on the earlier part of the period.  This was a time before chemical dyes when fabric was coloured by a number of natural means.  I remember seeing some examples of wool coloured with natural dyes at an exhibition at Fishbourne Roman Palace and they were very muted indeed. I find the muddy sort of, for example, aircraft colours that Humbrol produce ideal for my purposes.  Whilst the Games Workshop paints may be fine for Warhammer the only fantasy figures I paint are for The Lord of the Rings where I follow the muted colours of the films rather than the brighter GW interpretation.
So I have no intention to move over to acrylics and will stick to my enamels!
Posted by legatus hedlius at 9:18 pm 5 comments:

Shock, I have actually painted some figures (well, three) and posted them on my Dark Ages blog here.  I have also changed the name of the blog from Dark Ages Warhammer Ancient Battles Armies to Dark Ages Wargames Armies, given that I am now looking at some other sets of rules; having recently bought Clash of Empires and Hail Caesar.
Posted by legatus hedlius at 9:05 pm 1 comment: