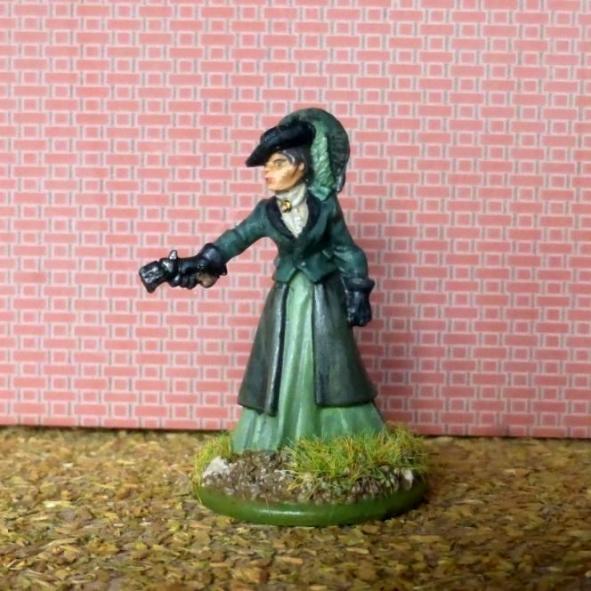 The light has been just awful lately, as we suffer almost constant inundation, so although I finished this Empire of the Dead Irene Adler figure a few days ago it has been too dark to photograph her.  This is my second EotD figure and she was, like Captain Nemo, lovely to paint.  I might try to finish my IHMN policemen next but they will need good light to work on, given the need for some quite subtle shading.  I have given up on the Erebor dwarves for a bit as I cannot see detail on the black undercoat.  I bunged off an order to North Star this week for the sample pack of their new Biblical range Sea People.  As there was quite a high minimum postage cost I bought the Brick Lane Collective for IHMN too.  Given North Star's leisurely service they won't be with me for several weeks, I suspect, in contrast to some figures I ordered from Australia (more about which shortly) recently which arrived in about five days. 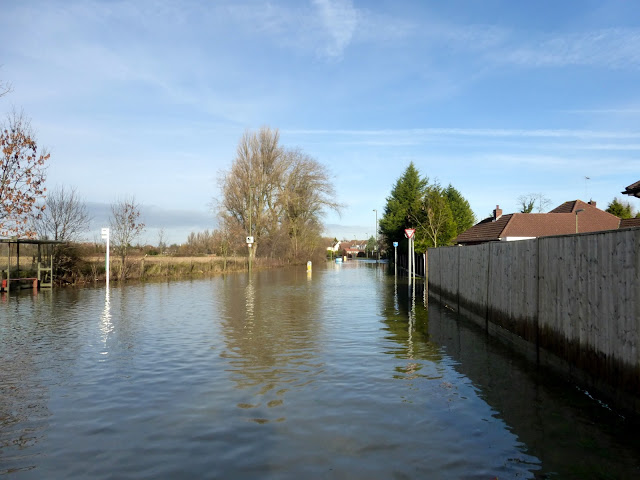 We had to go off to my parents in law today as they live on the Thames and the water was not only rapidly approaching the back of the house from the river, it was coming up from the land side from the flooded main road, the A 320.  I think they have about nine inches leeway at present.  We're hoping the water goes down soon but it's not due to subside for at least 36 hours. 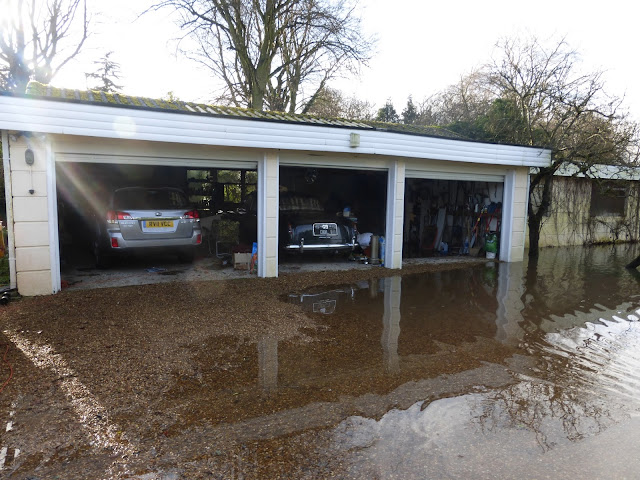 The water gets close to my parents in law's garage

The big job today was to get the Bentley raised up so that the water can't get to it.  So we spent a lot of time constructing ramps, cutting blocks and jacking it up six or seven inches or so.  Hopefully this should be enough! 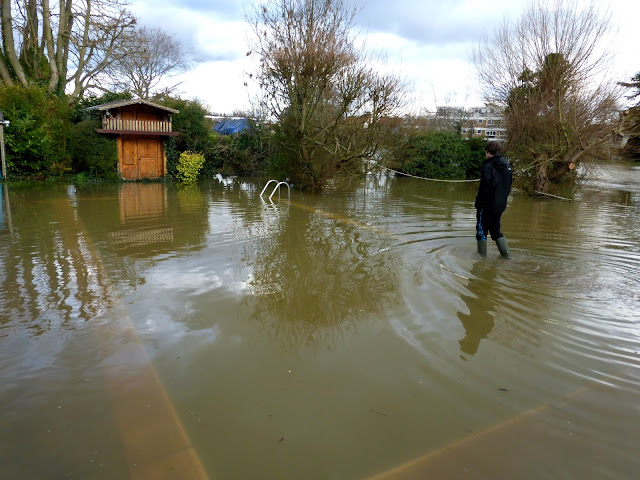 Guy tries to locate the swimming pool.  The Thames is visible on the right.  And the left.  And in the centre.

I'm glad we live on a hill but even we got cut off for a morning this week when the main road flooded right across and the police closed it.  We have only had a bit of rain today but I can't remember the last time we had such sustained rainfall and high winds for so long.  It's getting on for three weeks now. 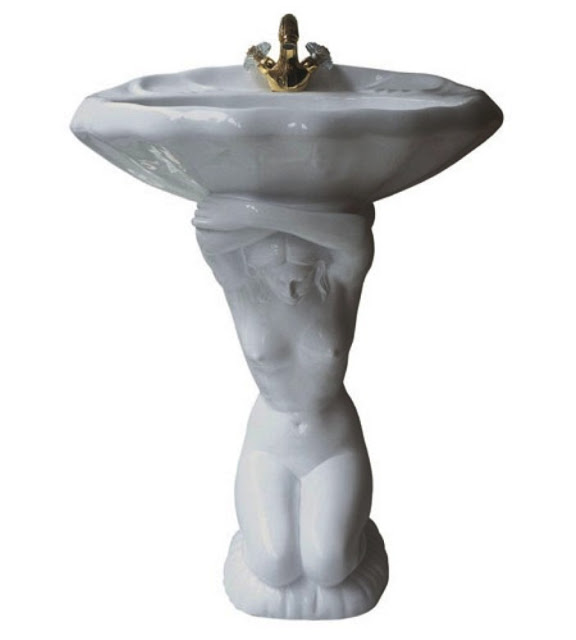 Finally, continuing with the watery theme, I was wandering through Mayfair about twenty years ago and I saw this brilliant WC and washbasin in a posh bathroom shop.  This was in the days before digital cameras, let alone camera phones so I couldn't record them in all their tasteless loveliness but I often thought of them (strangely).  It is my birthday tomorrow (the anniversary of the invasion of Zululand in 1879) and I jokingly told my wife I wanted the"girly loo" for the cloakroom downstairs.   Now the Old Bat doesn't have many good qualities but tenacity is one she has in bucket loads.  So she proudly announced that she had eventually located a shop that sold the "girly loo" and, amazingly, it was located here in Oxshott, less than half a mile from the house.  Now, of course, if you want to sell tasteless bathroom furniture then a village largely populated by Premier League footballers, golf and tennis champions, Russian Oligarchs and Americans is ideal. 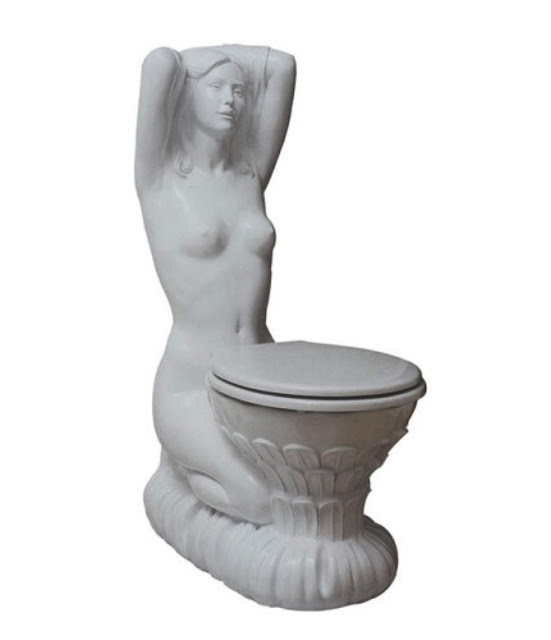 So, the Old Bat actually went into West One Bathrooms and enquired about the girly loo.  "Yes, madam we can get one for you.  Do you want a white, a black or a gold seat?  No, you have to put in your own concealed cistern.  No, you have to buy all the plumbing separately.  The washbasin doesn't come with taps, either."  So, the cost for the piece without plumbing including VAT is - £10,000.  Each.  It could have been worse.  The bath my wife wanted was £20,000. 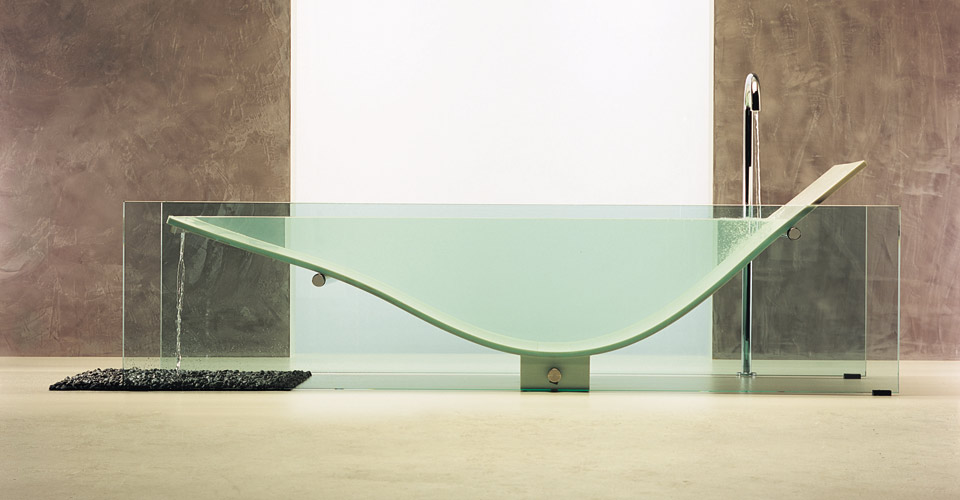 Now I've seen pieces of so called art in some of the world's trendier galleries (the Vancouver Art Gallery springs to mind) which aren't a patch on this bath.  However,  to be worth the money you would really need someone appropriate to set it off.  Not very many famous people share my birthday but I'd be very happy to watch Countdown's Rachel Riley, who does, recline elegantly in it. 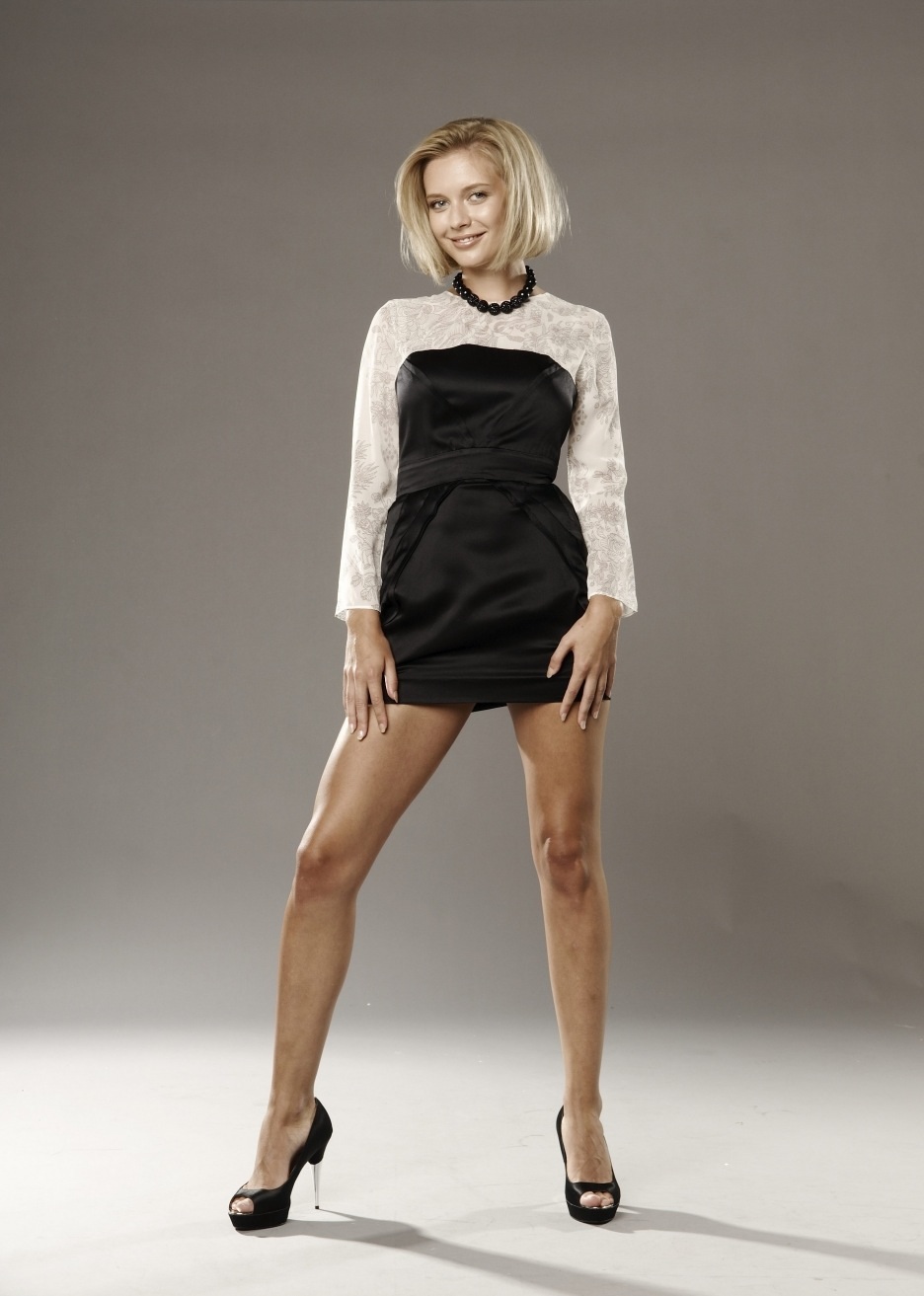 Rachel: We enjoyed seeing her get fitter by the week in Strictly Come Dancing last year
Posted by legatus hedlius at 8:41 pm