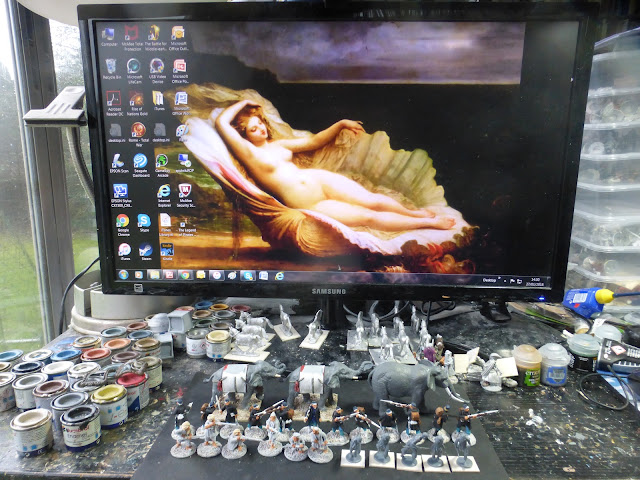 It was a little brighter this morning, so I told the Old Bat that our Saturday morning 'run' (well, more a sort of jog with fast walking bits) would have to be postponed until this afternoon.  The light went at about two, which meant we had to go out in the rain but (and I would never admit it to the Bat) I do feel a bit healthier now that I have returned.  We actually cut our time for our normal route from 38 minutes to 37 minutes today.  I wish I had a giant crumpet to celebrate. 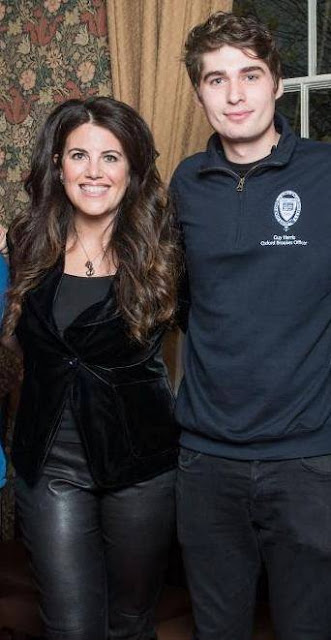 Guy gets some political tips from Miss Lewinsky

Speaking of celebrations, both the children passed their exams at the end of last term. Guy got a first in his politics paper so perhaps Monica Lewinsky gave him some top tips.  Or perhaps not.  Charlotte was so ill when she did her exam that the invigilator asked her if she wanted to leave, she had to finish early and had to delay her return from Edinburgh at Christmas as she was too ill to pack and get to the airport.  She didn't get home until 23rd December.  However, amazingly, she told us yesterday she had passed.  Miracle.  She was so ill she could barely stand up for over a week. She bought herself a toy Porg from Star Wars The Last Jedi to celebrate.  She is a nerd.  The Old Bat was not impressed. 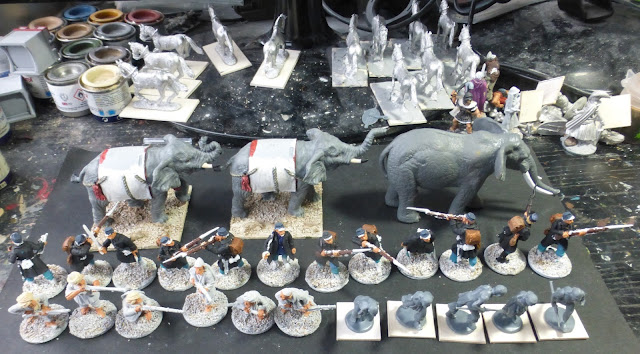 I was actually able to get a couple of hours painting done this morning; the most for months.  Now, of course, I am supposed to be concentrating on my Victrix Carthaginian war elephants but that would be far too focussed.  Given I was already painting two elephants I thought it was a good opportunity to paint one of my Copplestone ones for Darkest Africa too, so that is now base coated.  I have, at last, after two previous attempts, got the colour right on my Danish 1864 infantry;  a very, very dark gray which is almost, but not quite, black.  In the background you can see the horses for the Danish dragoons which I picked up in North Star's end of year sale.  I am struggling to find uniform details for them however. I also did a little bit on a pack of Perry Afghan tribesmen I picked up at Salute.  This lot will keep me going for months. 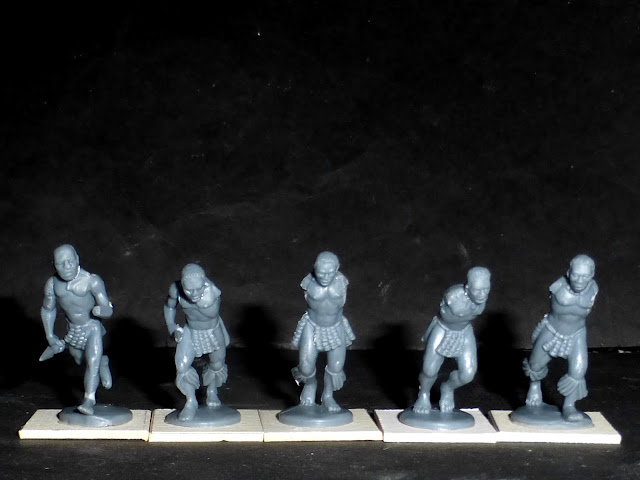 At the front right are five of the new Perry Miniatures plastic Zulus which came out this week.  I actually have 72 painted Zulus and a lot more under way (Wargames Factory, Warlord, Empress, Foundry) but these are anatomically, as you would expect, by far the best.  They are, however, a right fiddle to put together, as they have a lot of parts, as you can see on my post over at my Zulu blog.  The arm/shoulder joints will need some filling too but mould lines on them are almost invisible.  Now, how about some plastic Afghan tribesmen? 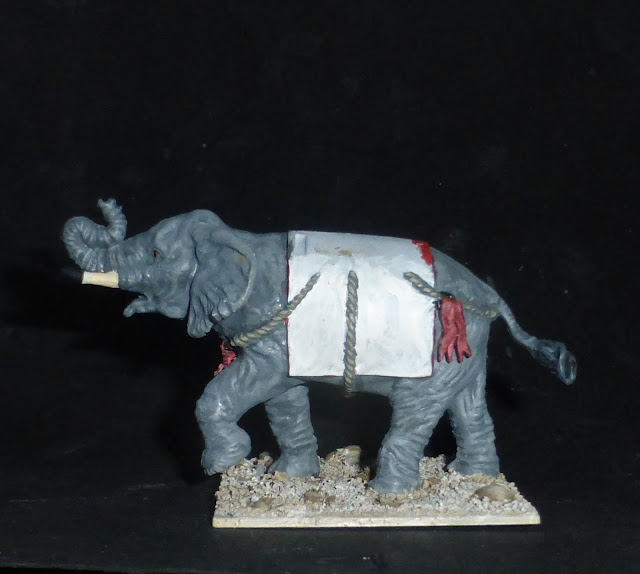 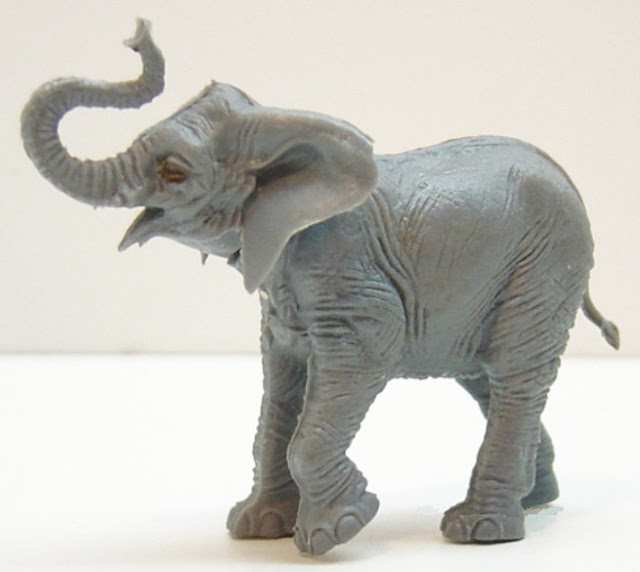 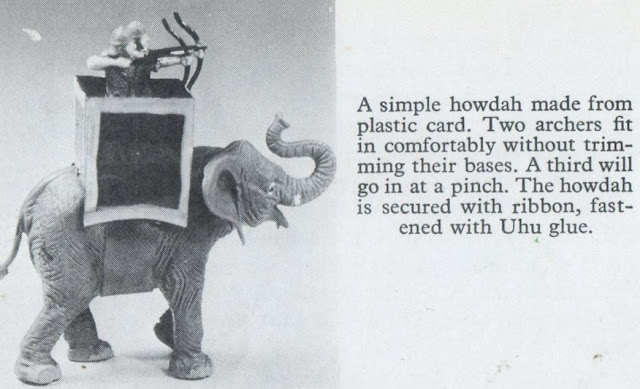 Inspired by Terence Wise's use of these for Carthaginian war elephants in An Introduction to Battle Gaming, when I was about ten I stole my sister's baby elephant and made it a cardboard (I had no access to plasticard as that would have necessitated a trip to Teddington Model Shop) howdah, to hold a couple of Airfix Red Indians for my Carthaginian army.  I asked my mother for a piece of ribbon but she looked horrified and said she didn't do needlework.  My mother did buy me for Christmas, at about this time, a metal 25mm Carthaginian elephant from Under Two Flags, a model soldier ship in St Christopher's Place in London.   She actually made a trip up to London specially. It was a Miniature Figurines one I think and I did paint it, although I have no idea where it ended up.  It is nice, 48 years later, to be working on another one. 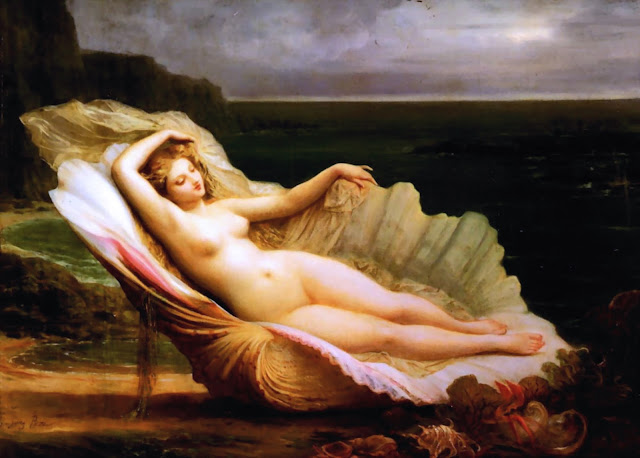 Today's wallpaper is a rather languid rendition of Venus by French Painter Henri-Pierre Picou (1824-1895).  Picou came rather later to classical and mythological subjects, so this was probably painted in the 1870s or 1880s. He was a great friend of Jean-Léon Gérôme and, although largely forgotten today, he was probably the most fashionable French painter of the eighteen fifties and sixties.  This depiction of Venus in her shell is unusual compared with the more usual, Botticelli style, upright pose.  Painted from this angle it is much more redolent of the vulva, which it symbolised in ancient times (hence why Venus was born from one).  I don't like much seafood but I do enjoy a nice plump scallop, as did Picou, obviously. 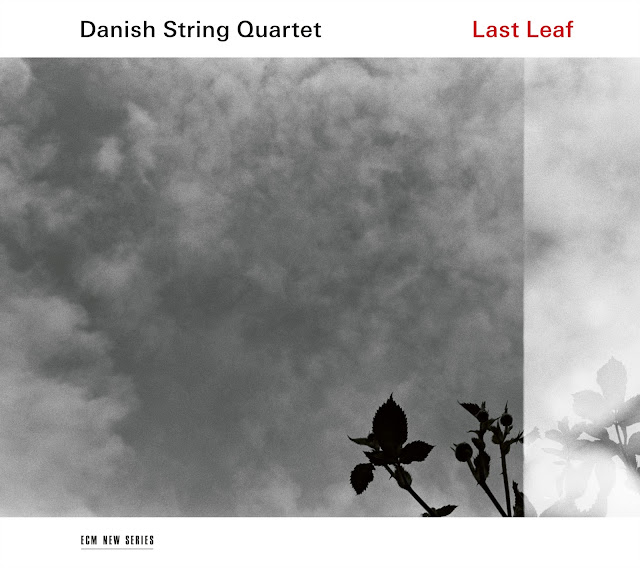 Today's music is my most successful music purchase for some time.  My friend Angela introduced me to the Danish String Quartet and their two remarkable albums Wood Works and Last Leaf.  I don't usually like chamber music (I always think that it is more fun for musicians to play than for audiences to listen to) but this is so good I have played it 12 times since I bought it last week. It is modern but not atonal, folk song based without being 'folky' and is minimalist but tuneful.  It's also quite addictive and doesn't sound like any other music I have in my collection.
Posted by legatus hedlius at 5:49 pm 10 comments: