The Dunkirk Directive by Donald Richmond 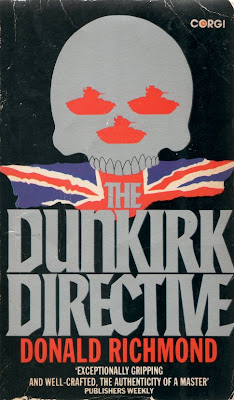 I've been back from Cowes a couple of weeks now but I've been too busy catching up on work to do any painting. I didn't do as well as I had hoped on the painting in the mornings on account of the fact that I took my bike over to the Isle of Wight this year and was wearing myself out so much that I didn't wake up in the morning until gone eight! Never mind, I lost over half a stone and am now the lightest I have been for over five years. Also, Cowes Week was busier than I had expected with more sailing than I had planned for.


Never mind, I got on with some Beja, some Zulus and moved my first Indian Mutiny unit along quite a bit. More on these when I have finished them. 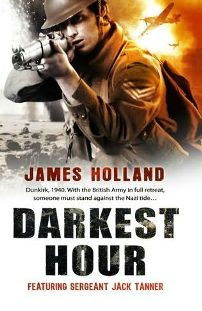 I took quite a bit of reading with me but didn't do very well on that either. I took along the second James Holland WW2 novel, Darkest Hour, to read but struggled a bit with it. Its set in 1940 France just before Dunkirk and almost felt like two books. It didn't flow as well as the first one, The Odin Mission, which was set in Norway. The latter, very much a Sharpe for the Twentieth Century had a real narrative drive to it which is rather lacking in the rather episodic second book. I gather the third novel, Blood of Honour, set in Crete in 1941 is much better. I only finished it on the train last week on account of the fact that I picked up a much better World War 2 novel in the Freshwater lifeboat fund raising stall in Freshwater Bay (which is where I get the sand I use for my figures from-it's just the right level of coarseness).


Once I opened The Dunkirk Deception by Donald Richmond I completely abondoned the Holland novel. Sadly now out of print, it tells the story of a German plan to destroy the Supermarine factory in Southhampton using captured British Matilda tanks landed secretly on the South Coast. It was exceptionally well written and although containing a host of characters these all contributed logically to the story, unlike the Holland book where they pop up and then disappear again for no reason. One bonus was that it was set in an area I know very well; from Newhaven along the South Coast through Brighton, Chichester and Southampton. At one point I was travelling back to London for a meeting and passing through the suburbs of Southhampton which was being mentioned in the page I was reading as I passed through it! Although the concept behind the book seems hugely unlikely the author manages to make the whole thing quite plausible. A truly excellent read.

I am in Toronto at the moment and then back to Cowes for the Cowes-Torquay-Cowes anniversary race over the bank holiday so I doubt very much painting will be done until September!
Posted by legatus hedlius at 8:56 pm 2 comments: