Something for the weekend... 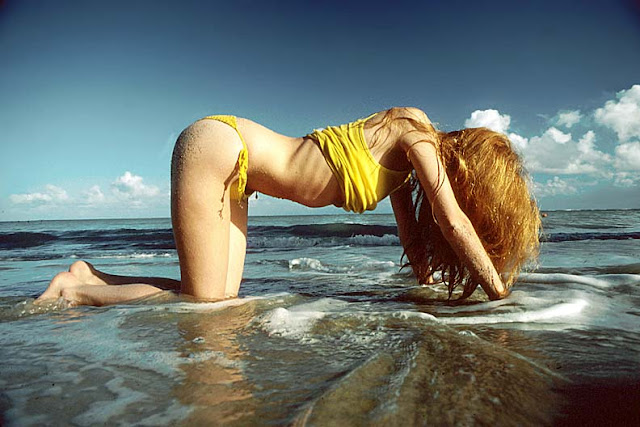 A splendid figure from August 1976

My father had always seen it as important that he imparted as much arcane knowledge to me as possible about things he thought were useful and that I should know. Many of his views and illustrated "lectures" have stayed with me and have affected the way I look at the world in a way that, now that my own son is coming up to twelve, I had not really explicitly acknowledged. 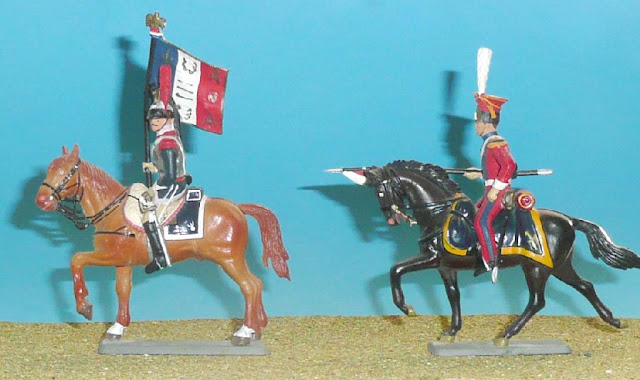 
Principally, of course, for the purposes of this blog, was his interest in military history. He served in the Nottinghamshire and Derby Regiment, the Sherwood Foresters, in North Africa during World War 2. It was through making models of Airfix kits with me that he told me about WW2 and, as a result, my first forays into wargaming, when I went to senior school, were focussed on that era (Western Desert, of course). He was also interested in the Napoleonic period (he was more a Napoleon follower than a Wellingtonian) and took me round the Musée de l'Armée in Paris and bought me some of the Starlux 54mm painted plastic French cavalry figures (which my little boy now proudly has on his shelves). He was also a great fan of the film Zulu which always kept that period bubbling away at the back of my mind. The American Civil War was another of his interests and he bought me the Airfix figures because, as he rightly pointed out, it was the only pre 20th century range where you could get infantry, cavalry and artillery enough to fight a battle. I am looking forward to starting a few of the Perry figures over this holiday.

Other things he taught me about included Frank Lloyd Wright and the history of American architecture, as he was an architect who designed over the top houses for celebrities. I spent a lot of my spare time on building sites when I was little.

He also gave me a proper appreciation of wine. I was given my first glass of wine at the age of two and a half. whilst on holiday in Brittany. and as children my sister and I had it with every Sunday lunch (usually accompanied by The Navy Lark or Round the Horne on the radio). Cooking was also important to him and he had several chef friends who later became some of the earliest TV chefs in the UK. They were often to be found concocting things like cassoulet or paella in the kitchen, which I enjoyed greatly as they made the most frightful mess, much to my mother's consternation. My mother's cooking ability meant that she found toast a challenge, but my father married her because she was a glamourous journalist, the beauty editor of a top women's magazine, not because she could cook. He also showed me how to make a proper Martini when I was twelve. 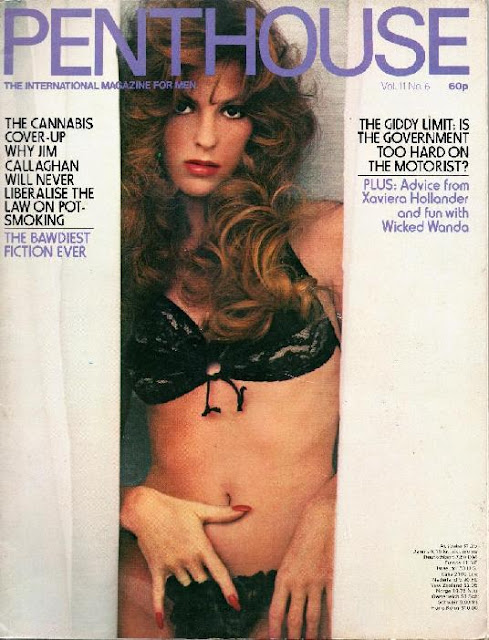 However, what he really liked was women. Whilst desperately moving stuff about my mother's attic recently, looking for my 1899 Lincoln Jeffries Air Rifle (which I eventually found),I came across my father's and my combined collection of old Penthouse magazines from the 1960s and 1970s. My father had been a charter subscriber in 1965 and was also a member of the Penthouse Club in London. He had conveniently left some of these on display in his study at about the right time he felt I should be interested in them (like most parents he was a year or so too late) and even after he died (of a surfeit of drink, foie gras, women and, largely, Gauloises - at least I don't smoke) I managed to acquire more copies through the active trading network at school (I remember getting one issue for a painted squadron of Churchill tanks). 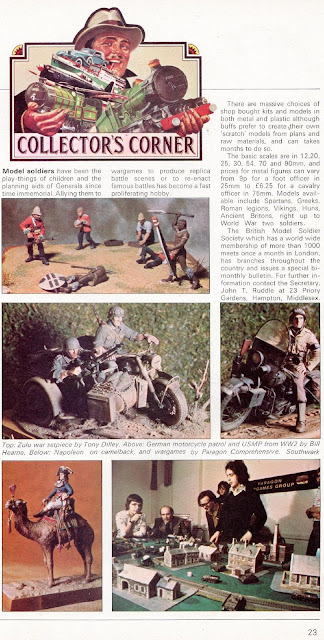 UK Penthouse, first published in March 1965, (it was a UK magazine originally, after all) had almost identical pictorial content with the US version until Guccione sold the UK operation in 1982. The articles were largely different for the different markets of course. Penthouse UK was numbered by volume and number whereas US Penthouse, which didn't start up until September 1969, was given a date (e.g. August 1976) as an identifier. Anyway, having liberated them from my mothers house I was looking through UK Volume 11 Number 6 (August 1976) yesterday and found this short article about collecting model soldiers with details of the British Model Soldiers Society and a picture of the hip and cool dudes of the Paragon Wargames Group (I still own a copy of their rules for gladiatorial combat). It said that you would have to pay 9 pence for a 25mm foot officer! I have attached the article in what will, I hope, be a readable format if you click on it. I cannot imagine a similar article today in a magazine like FHM being anything other than snide about wargamers but this article is perfectly straight. Earlier in its run the art director of Penthouse was Philip O Stearns, a senior member of the Sealed Knot and photographer of all the Peter Gilder figures in Sir Peter Young's The War Game; he had long left the magazine by 1976 but perhaps some of the appreciation of military figure collecting had stayed in the collective consciousness of the magazine! Either that or the BMSS had a very effective publicity unit!

I had completely forgotten about the article even though I must have acquired the magazine when I was still wargaming at school. Given the triple charms of Coleen Carney, Rhianna Post, and, particularly, the Pet of the Month, Victoria Lynn Johnson (I have always like a good redhead) perhaps it is not surprising. Both the latter ladies appeared in Bob Guccione's Caligula, which despite its reputation as a loss making white elephant was actually the most successful independent film up to that point and did, actually, make money.. At the top we have Miss Johnson in one of the very few pictures from her pictorial which I can use to ensure that I don't get the dreaded "objectionable content" label from Blogger.
Posted by legatus hedlius at 9:00 am