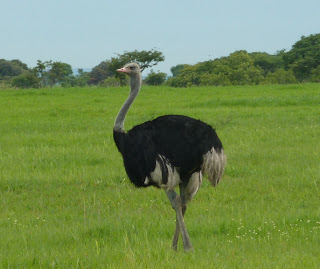 Well, I am back from my final trip of the year and I didn't get eaten by a lion, catch malaria, pick up a tummy bug or get carjacked.  More on my trip on my Darkest Africa blog here.  It's not been too bad on the travelling front this year; only nine countries (USA, Colombia, Mexico, Canada, UAE, Switzerland, Lithuania, Zambia and Turkey for the record) but next year may be worse again.

I actually got some figures finished this month!

Unfortunately, having been away for nearly two weeks (including last weekend down at my friend's house in Bath) my wife now has an appallingly long list of jobs for me to do so if I so much as pick up a paintbrush I get shouted at by the evil old harridan.  I am managing to sneak in some painting when she is out of the house but that isn't giving me much time.  I am trying to finish off some part finished figures at present but the trouble is I keep preparing more!  I have now finished my batch of Zulu War British and am very tempted to fast track some more which I started some time ago.  I will try to be good, however, and move on to another small group which are well on the way instead.  Which group, is a the crucial question! 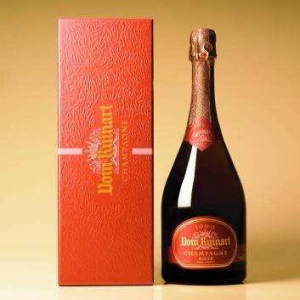 It was good to get down to Aquae Sulis again.  My friends are great cooks (they import all their fruit and vegetables direct from Italy by courier!) and have a wonderful, real cellar.  We had some nice Dom Ruinart 1996 Rose, some good claret (Gruard Larose), a fine Barolo and bottles and bottles of other stuff fom the cellar (I think the four of us drank eight bottles with dinner on Saturday!).  One blast from the past was Coteaux du Tricastin which used to be a favourite from Sainsbury's years ago.  I used to drink it with a former girlfriend V in the early eighties.  It was a very nostalgic bottle, especially as my hostess in Bath (she later married one of my best friends) was my girlfriend  immediately before V.  All very complicated.  Not the wine; that was as rustic as ever! 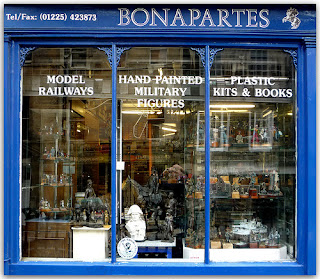 One disappointment is that Bonapartes, the model soldier shop, which was literally a hundred feet from their house, has closed.  It sold mostly 54mm and up figures but they also had a very good second hand military books section and I usually managed to pick up something there.  It has moved to Westbury and can be found here.  Somewhere I have got a 90mm Roman legionary I bought there a few years ago but I never get around to starting it as I always feel I should be painting 28mm figures. 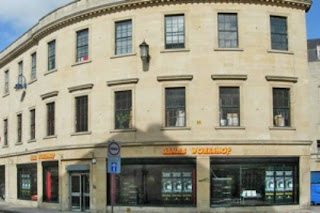 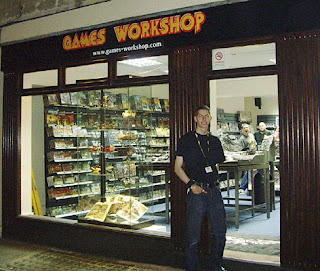 Also, the very large Games Workshop in Bath (the biggest I have ever been other than HQ in Nottingham) has now been replaced by a normal sized shop.  This is a shame as they often had things in there that the smaller shops didn't.  I resisted the urge to buy something on the basis that I have hundreds of GW figures to paint.  When I got back I started to assemble some more Rohan riders which I aim to paint at the same time as my new plastic Normans as they will share a lot of colours.  Something for Christmas time I think. I also finished off an Orc tracker which had been sitting on my desk for far too long.  No idea where the other two from the pack are, though!  Talking of Normans I finished another metal Crusader figure this week as well so at least there is some progress on the painting front. 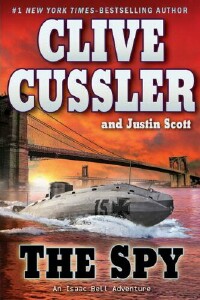 On the plane to Zambia (a ten and a half hour flight) I started the third Clive Cussler novel about detective Isaac Bell.  Clive Cussler is one of my guilty pleasures and I can still re-read his early novels: especially Raise the Titanic, Deep Six, Vixen 03 and, probably my favourite, Night Probe.  After this his novels seemed to deteriorate and become more hackneyed, formulaic, stodgy and just juvenile (there were even the odd raunchy sex scenes in the early books but now they seem to be aimed at 12 year olds).  Part of the problem was that he seemed to be writing with one eye on a film option so they became full of completely unbelievable, Roger Moore-period James Bond-type action sequences.  Adaption of his books has not been a happy affair and I can't think that anyone else would bother now.  Like many successful US authors he has now become a franchise churning out multiple volumes in different series "with" other authors.  The quality of these depends, of course, on the actual author.  His colloborator on the Isaac Bell books, Justin Scott, writes at a level or so above some of the other writers attached to his series and they are now very much the most enjoyable of his current output.  I think the interesting period they are set in (early twentieth century pre-Great War) helps and the novel I read on the plane, The Spy, features the pre-war dreadnought race.
I am still reading multiple books and started the the first Garry Douglas Killworth book about the Crimean War, The Devil's Own, (which I bought on ebay as they are out of print) on the flight back.  It really is Sharpe in the Crimea and I whilst I found it a bit stodgy at first it is now rattling along nicely.

I also finished some Darkest Africa British, which I started years ago, inspired by a recent Wargames Illustrated article by Gary Chalk.  I also have a batch of British askaris, which I might now fast track, to go with these.

This week looks quiet on the work front so I may get some more done this week.
Posted by legatus hedlius at 8:08 pm 3 comments: