A Pulp game, a Playmate and some very big yachts 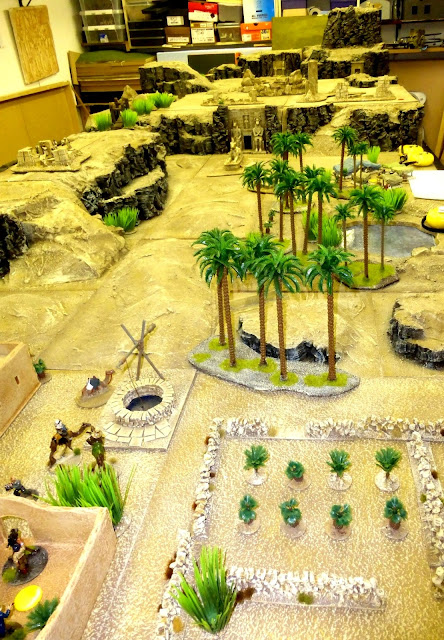 A belated account of the superb game I played at Eric’s Shed is now on my Pulp blog.  Rather more conventional accounts are on Eric's and Alastair's blogs.  When I first started collecting Mark Copplestone’s Back of Beyond figures, many years ago, I could only dream of deploying them on the sort of truly spectacular Egyptian lost city board that Eric had constructed for the first in his The Scales of Anubis campaign.   It was a true wargaming wonder! 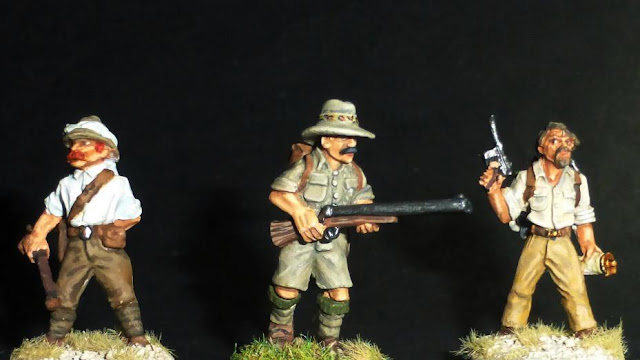 I managed to complete the two characters I needed for the game the weekend before.  They are (left) "Copper" Cooper (Foundry Darkest Africa figure) formerly of the King's African Rifles and (right) Professor Bevis Marx (Lead Adventures figure).  They flank my previously painted Lord John Roxton, this time acting as Granger Stewart, big game hunter (a somewhat politically insensitive appellation these days).

They were joined by my previously painted six inter-war British from Copplestone Castings, to make up my small unit of nine. 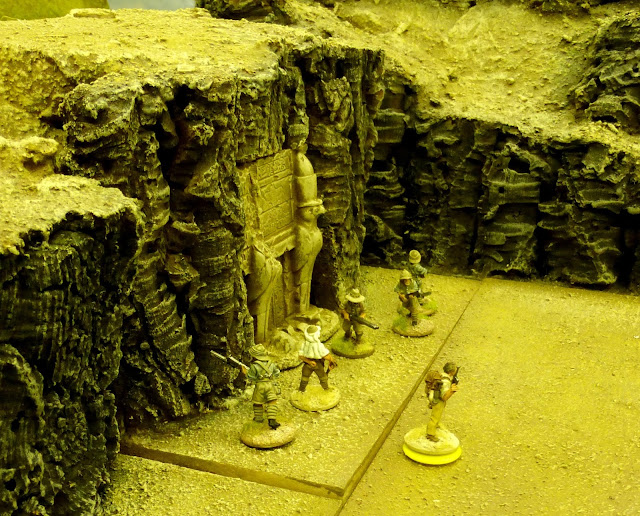 I played the part of the British P.I.T.H. organisation, trying to gain three clues to reveal the location of the fulcrum, the first part of he lost scales. I successfully gathered the three required clues and set off to retrieve the artefact from the tomb. Right at the end of the game my parlous dice throwing (the worst I have ever had in a game and that is saying something) continued, mainly, I am convinced, because of the malign influence of Eric’s cat Sooty (really a reincarnation of the Goddess Bastet) who hexed my dice caused defeat to be snatched from the jaws of victory.  The Nazis (or Germans as we are now no longer allowed to call them by Angela Merkel) stole the artefact at the last moment.  Lets hope they all melt and their heads explode when they try to activate it. 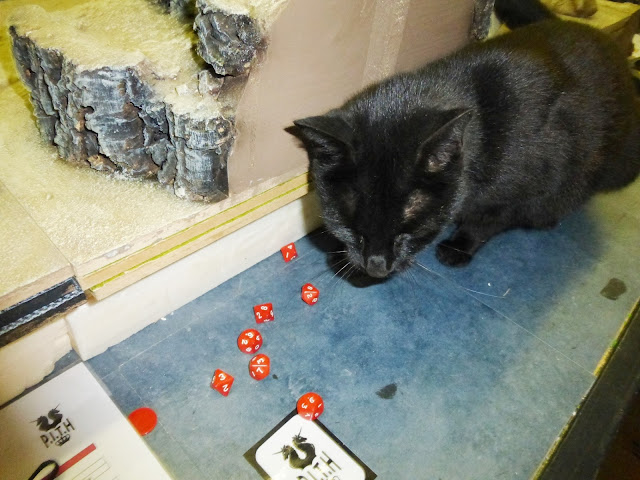 Sooty the cat seemed to take a liking to me during the game and spent a lot of time sat up next to me on the edge of the table getting in the way and casting spells on my dice. 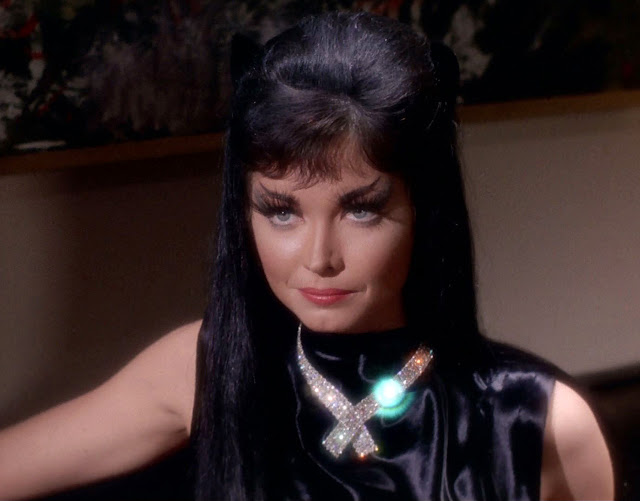 I had dreams, sadly unrealised, that Sooty would magically transmute into Victoria Vetri from the Star Trek episode Assignment Earth where a black cat, Isis, reveals itself to be a (very) beautiful woman. 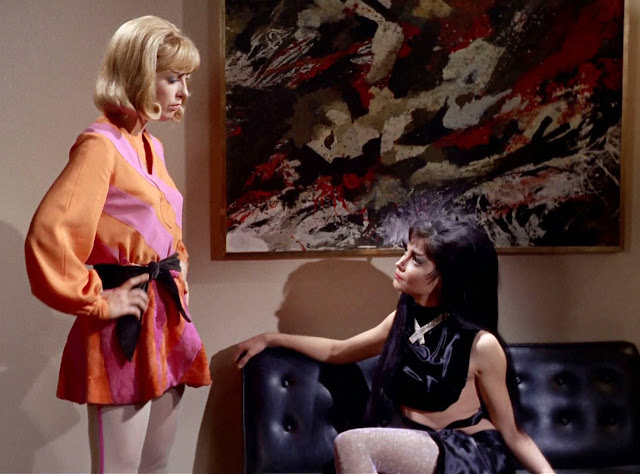 An uncredited Victoria Vetri (right) as the cat Isis in Star Trek episode Assignment Earth with Teri Garr, who would go on to play Richard Dreyfuss' wife in Close Encounters of the Third Kind (1977)

Vetri is best known for starring in Hammer dinosaur epic When Dinosaurs Ruled the Earth (1970).  Her controversial nude scenes were cut by the American censor when the film was released in the US and later on DVD.  Fortunately for the Legatus, as a collector of cavegirl material, I managed to get an uncut DVD which was released accidentally before it was subsequently withdrawn by the distributor. 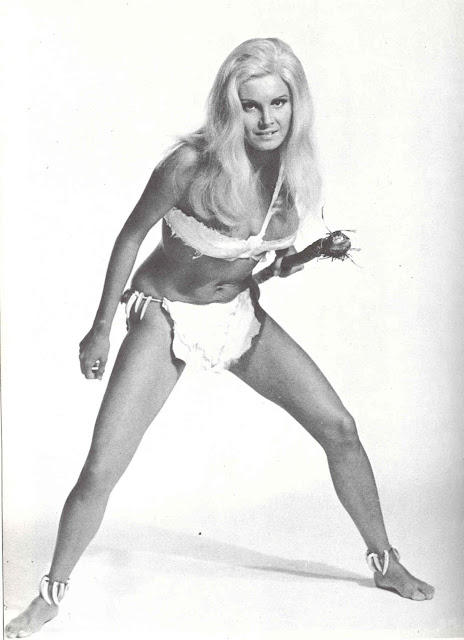 Under her early stage name Angela Dorian (chosen by her agent based on the name of the doomed liner Andrea Doria) she was Playboy Playmate of the Month for September 1967 and pulled herself into some remarkable sculptural shapes for her pictorial.  She became Playmate of the Year for 1968. 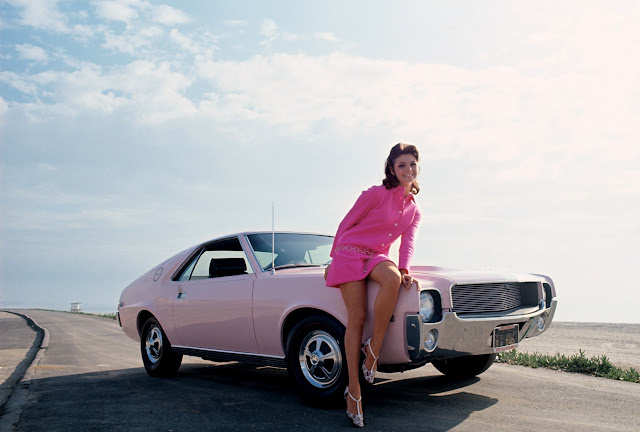 Angela Dorian as Playmate of the Year 1968

Sadly, Vetri/Dorian was arrested for shooting her boyfriend in the back during an argument five years ago.  Things got worse for her because she initially lied and claimed it was an intruder that pulled the trigger so her attempt to have the charge deemed assault with a deadly weapon failed.  Sentenced to nine years in jail for attempted murder in 2011 the seventy year old is still in prison. 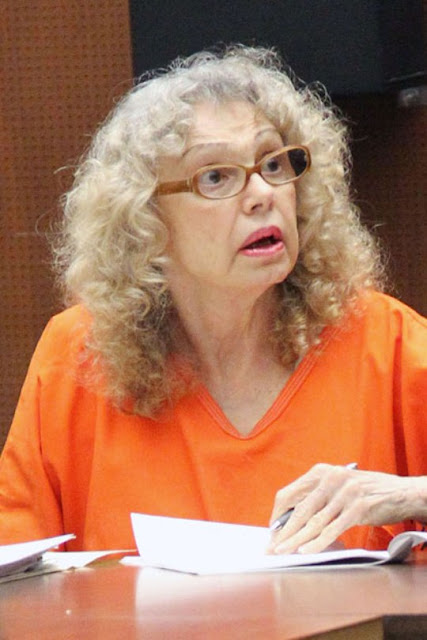 A nineteen year old Dorian also appeared (right) with a hoplesessly miscast Shirley Anne Field (left) in the Yul Brynner Mayan epic Kings of the Sun (1963). I well remember the climactic battle around the pyramid in this from when I first saw it on my uncle's colour TV in the sixties. 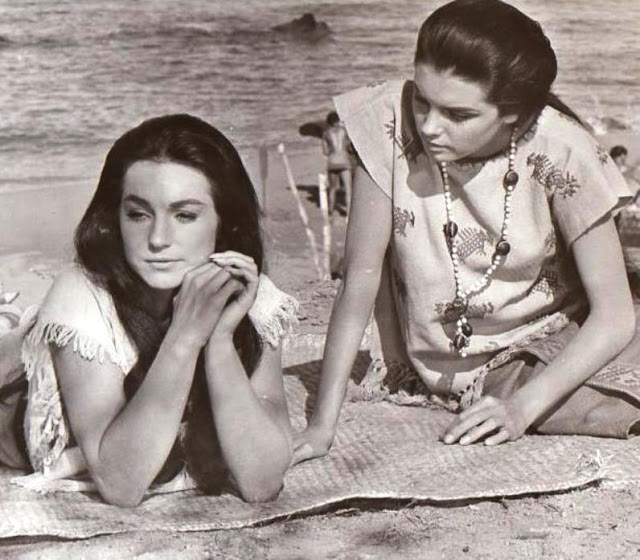 Coincidentally, the next episode of The Scales of Anubis campaign took place on an equally amazing jungle board, complete with pyramid but I missed that as we went down to Cowes for the Royal Yacht Squadron bicentenary regatta as Guy was working as a marshal for the RYS. There were some truly spectacular yachts competing in this although, initially, racing, was curtailed by the high winds. 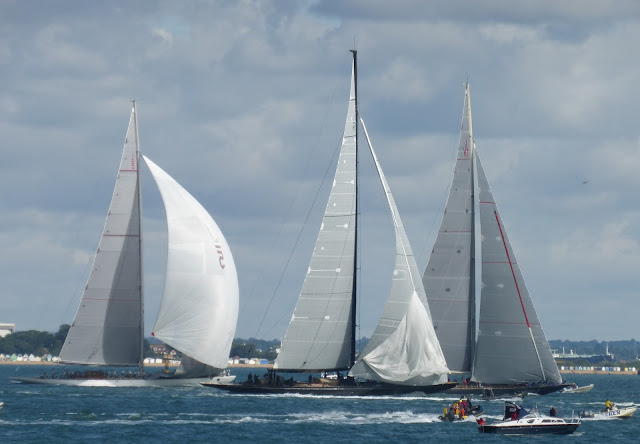 The classic J class yachts, which fought for the America’s Cup back in the thirties, are not allowed to get their sails up if the wind is above 25 knots due to the fact that their 152 foot masts would be at risk and it was gusting fifty on Monday. Eventually they got some racing in and it was the first time they had had a class race series at Cowes for eighty years. More Isle of Wight news (I know you can all hardly wait) including some thoughts on Carisbooke Castle soon.
Posted by legatus hedlius at 8:53 pm 7 comments: