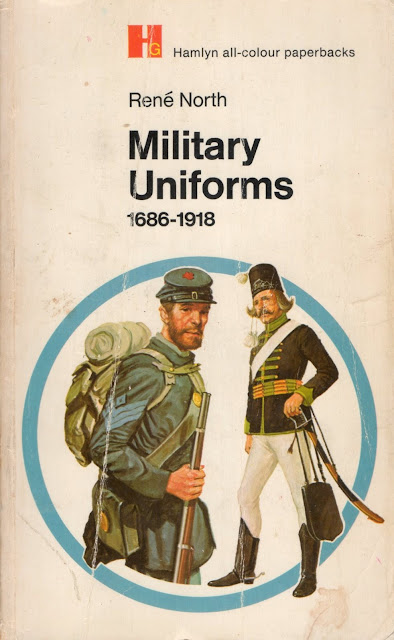 A month or so ago Mr Bob Cordery on his Wargames Miscellany blog was posting about Peter Laing 15mm figures.  I had forgotten all about these but I remember when his first 15mm Marlburians came out and everyone was amazed at the concept of such small figures.  I bought quite a lot (even on pocket money I could afford to) and had thought that I never painted any.  The figures have long gone (I can't remember where) and that was it. 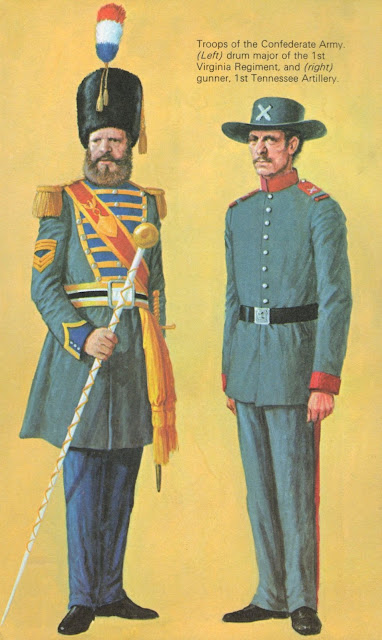 The other day, however, I was moving some books around in a desperate attempt to gain some more shelf space and I found this long lost book from my seventies military collection: Military Uniforms 1686-1918. Originally published in 1970, mine was the 1972 reprint which had a different cover from the original. I suspect I obtained it about this time i.e: about a year before the Peter Laing figures came out. 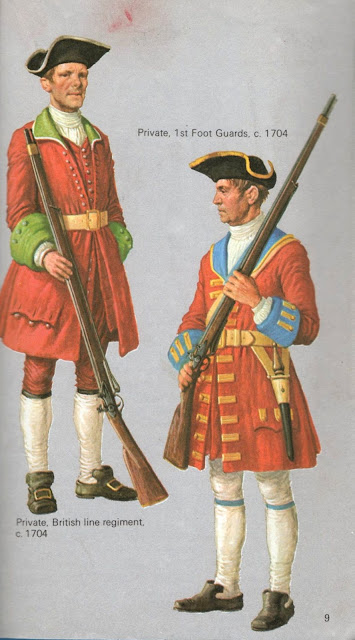 I thought I never painted any of my Peter Laing infantry but this give away red splodge of Humbrol at the top of the page indicates the opposite!  It was almost certainly my only reference for the period other than my trusty Blandford, Military Uniforms of the World by Preben Kannik 
The book covers all the well known conflicts of the period: the War of the Spanish Succession, the American Revolution, the Napoleonic War, the Crimean War, the American Civil War and World War 1.  I was actually more intrigued by the uniforms of those more esoteric conflicts for which you couldn't get figures: the Great Northern War, the struggles for Latin American Independence, the Indian Mutiny etc.


I was entirely an Airfix plastics wargamer at this point, although I was aware of firms like Hinchliffe and Miniature Figurines and even had a few.  Who would have thought that forty years later I would be collecting figures for all these esoteric conflicts! 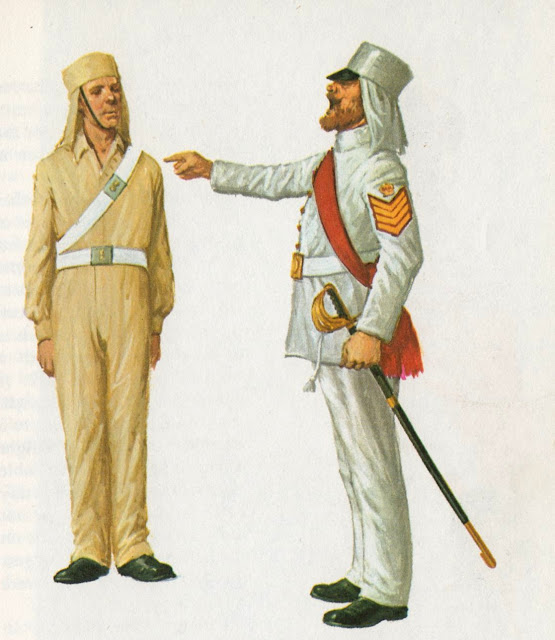 The illustrations in the book were largely of figures against a white or neutral background but there were also details of equipment and unniforms, such as helmets, and a few pictures with fully painted backgrounds. 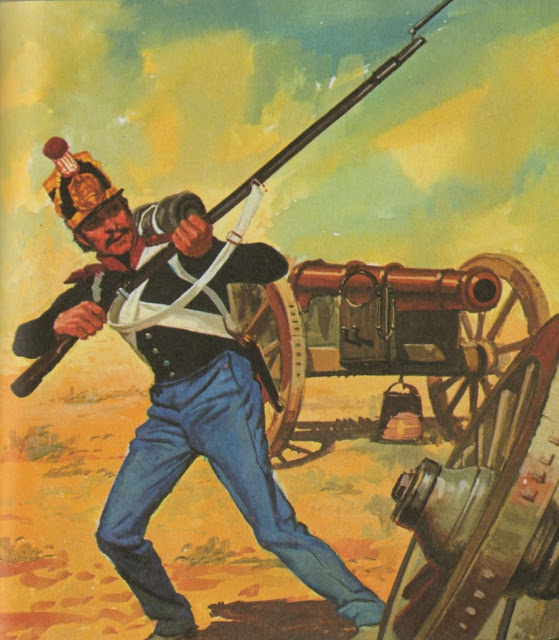 Rene North was best known for his paint your own cards which were later collected in books - I had the one covering armies of Waterloo.  However, he didn't do the pictures in the Hamlyn book.  The atmospheric and characterful pictures were done by top British illustrator John Berry. 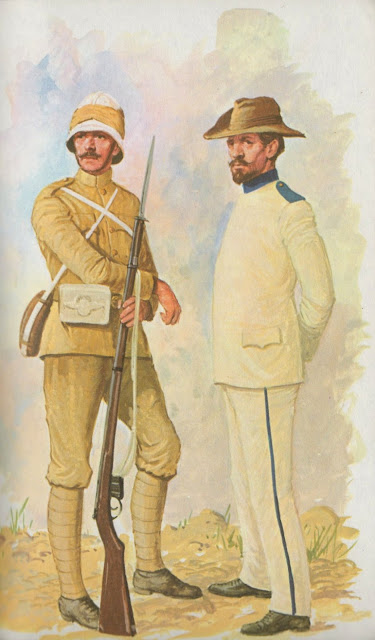 
John Berry was born in Hammersmith in 1920 and attended Hammersmith College of art at the age of fourteen, eventually winning a scholarship to the Royal Academy.  World War 2 intervened and so he never took up his place.  He joined the RAF and was sent to the Middle East where he produced a poster for the British forces.  This was seen by Air Marshall Arthur Tedder who immediately had him seconded into the army as an official war artist.  He was the only official war artist who came from the ranks. 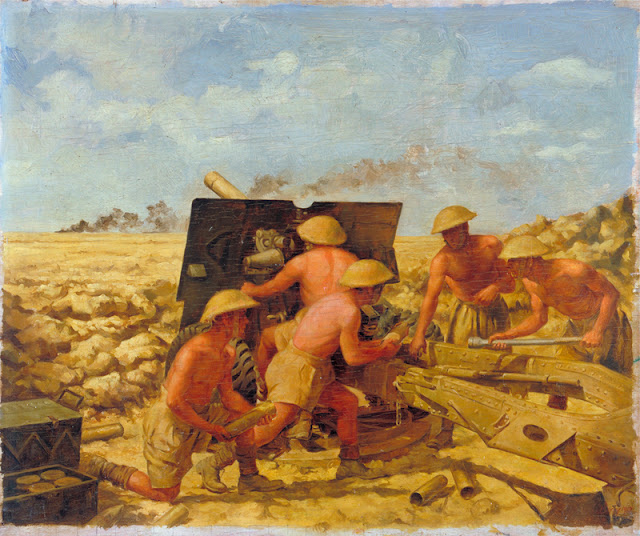 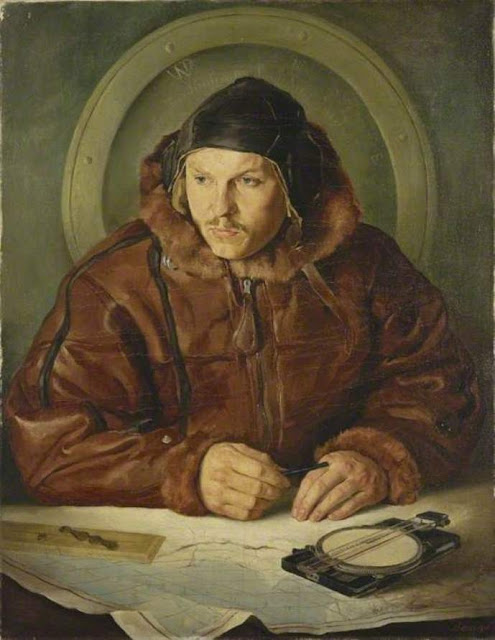 
After the war he started doing book illustrations, initially for someone he had met in the army, and did advertising work as well.  In 1951 he drew a cartoon tiger for an Esso advertisement and when handing over the work to Esso executives at the advertising agency he worked for remarked: "put, a tiger in your tank, eh?"  He was subsequently given a one off payment of £25 so that Esso could use this phrase in what turned out to be a long running advertising campaign. 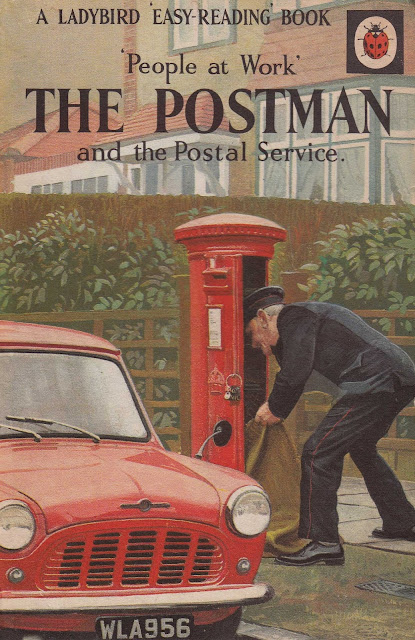 In 1960 he joined Ladybird books and worked for them for the next twenty years; working on 37 titles.   His illustrations for the Ladybird People at Work series are an amazing snapshot of Britain in the early sixties and the books are very collectible as a result. 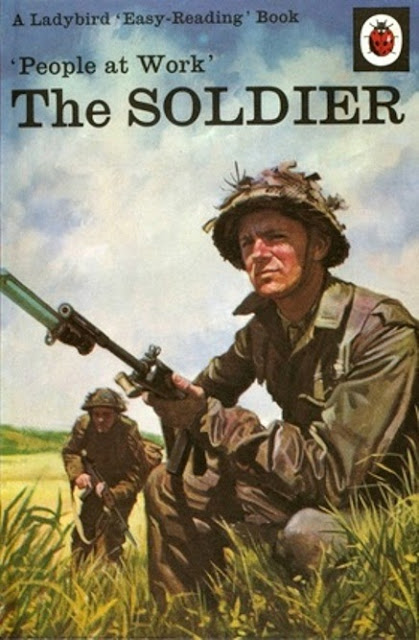 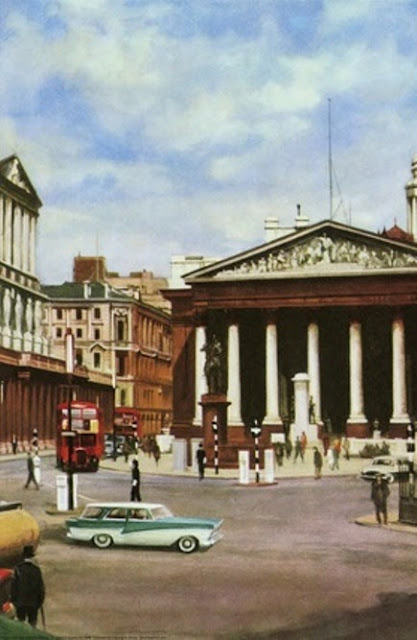 The two tone car crossing Bank junction in this illustration from his Ladybird London book is Berry's own!


Certainly they illustrate the world that I remember as a little boy: the one on London being particularly nostalgic for someone who made his first trips up to town in the early sixties. 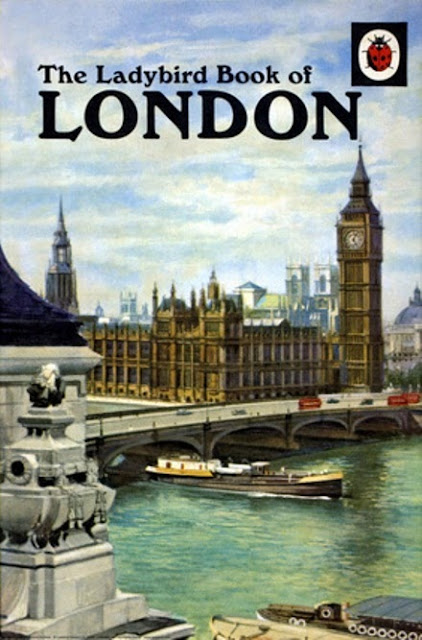 Berry had always been a fine portraitist, as some of his World War 2 paintings demonstrate, and after the war he painted many military and civic portraits as well as taking commissions from other individuals. 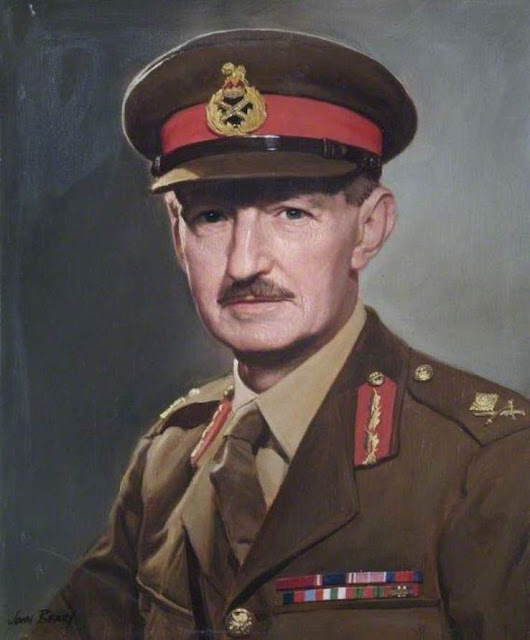 
He had an appreciative market in the United States and after the Ladybird work dried up in the early eighties he produced a number of American Civil War and Native American genre paintings for clients there.  He died in 2009 at the age of eighty nine. 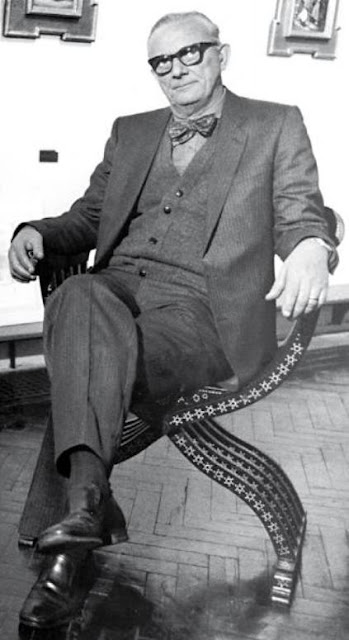 Posted by legatus hedlius at 8:11 pm