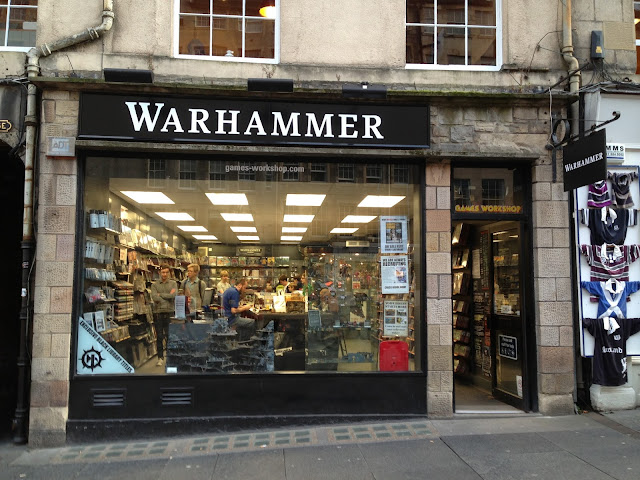 Lots of people seem to have noticed the re-branding of a number of Games Workshop shops to just "Warhammer".  Apparently, just three shops have been done so far: Chiswick, Bath and Edinburgh.  The Legatus sent his Scottish correspondent out yesterday to get a picture of the Edinburgh one (well, it is only five minutes from her flat).  Now, there seem to be a number of comments about this move, from, "a name change won't make any difference to them going down the drain" to "everyone calls it the Warhammer shop anyway so its sensible to reflect that".  Re-branding is big business and you can bet that GW would have had to hire a very expensive consultant to do this. 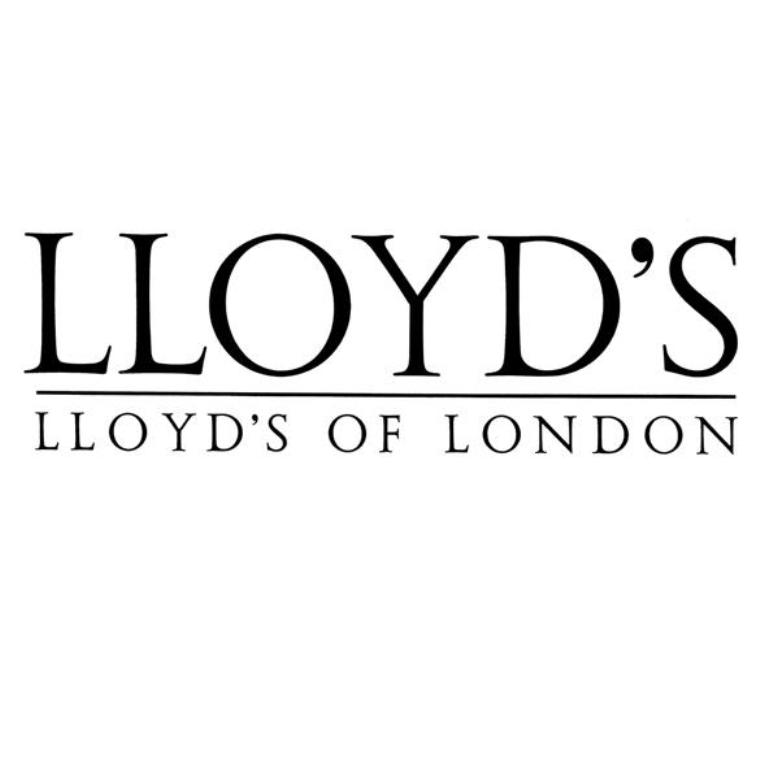 I used to work at Lloyd's of London and got involved in a re-branding process there in the nineties, due, largely, to my artistic background.  We had a firm that, after many months, suggested changing the name from Lloyd's of London to Lloyd's. Probably because the previous logo (above) had looked like we were called (Lloyd's Lloyd's of London - it was much derided when it came out) They came up with all sorts of fanciful logos involving (largely inappropriate - as they well knew) nautical elements but I suspect that all along that was just to guide us to their preferred solution: A new font for Lloyd's and less writing (less is more in the branding world).  This process cost just over £1 million and that was without the cost of changing all the stationary etc.  Having been involved once, I got dragged in to the same process at a subsequent company.  The discussions about which colours reflected which core values and such like were truly bizarre!   The new Warhammer store design looks like it should be on an interior design shop rather than one selling toy soldiers and isn't hip and edgy like the new 40,000 graphics so, maybe, on second thoughts they did do it themselves.  It will be interesting to see how this develops. 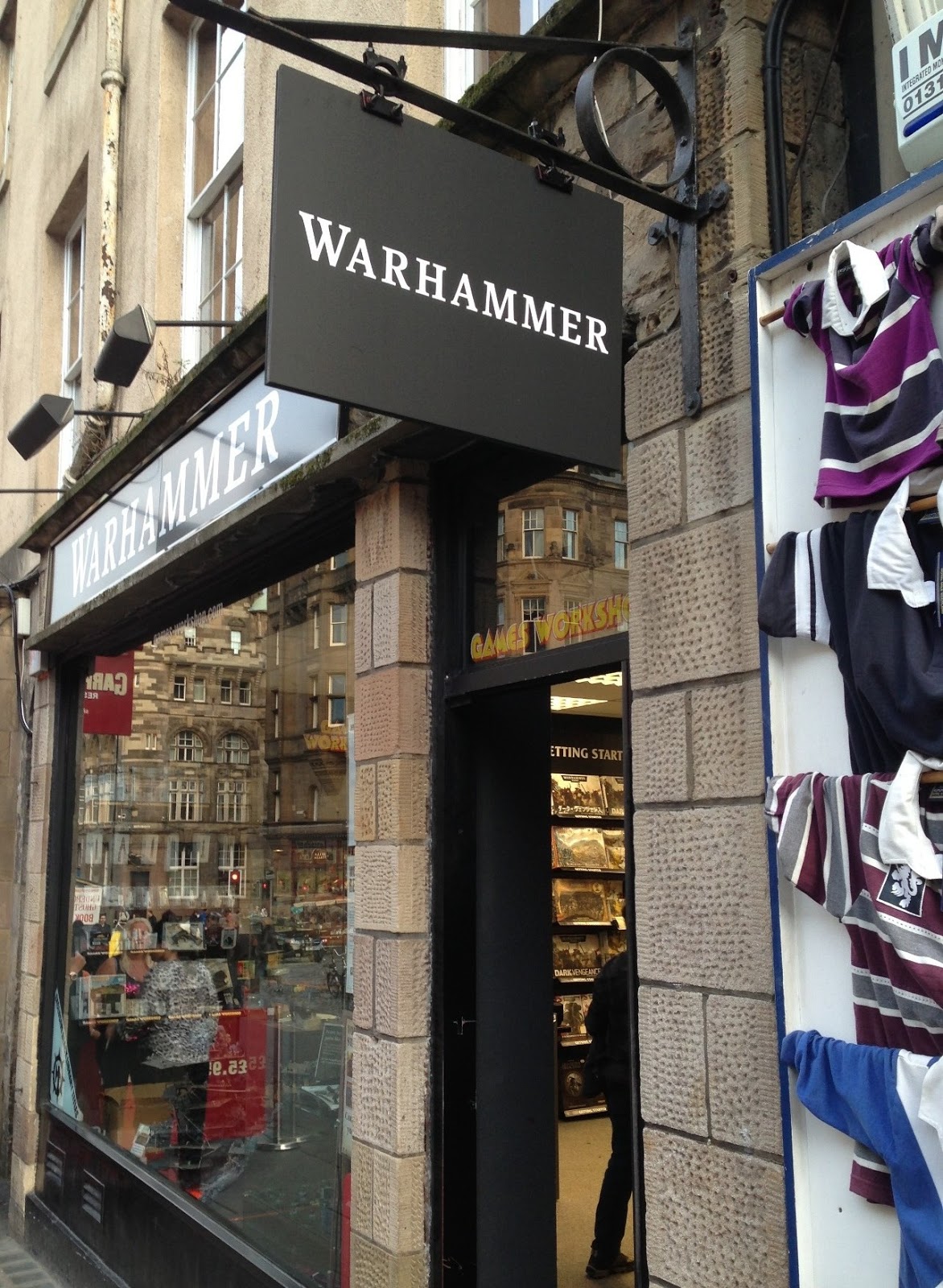 So, from a purely artistic point of view the new shop front is very elegant (too elegant for fourteen year olds?).  It's not part of a country-wide roll-out but just a trial.  The real issue seems to be the number of people who go into the shops looking for Playstation games and the like (I've heard this happen on a number of occasions) so from this point of view it's sensible.  The only slight negative I can see is that there is an increasing wave of anti-military (or, more properly, anti-war) feeling amongst some parts of the population and Warhammer sounds more aggressively martial than Games Workshop. 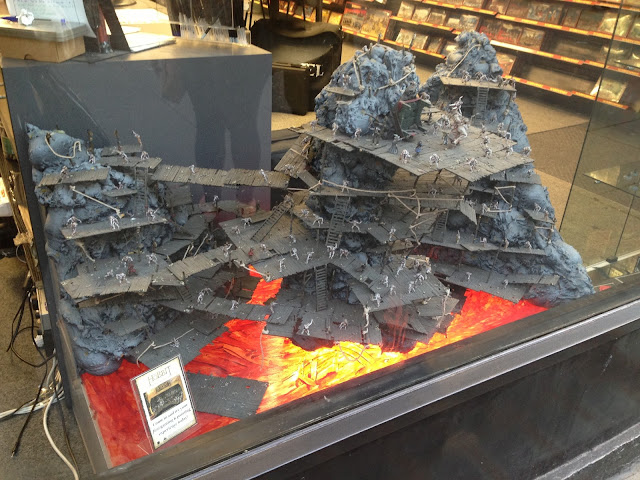 Anyway, my daughter said it was packed yesterday; the busiest she had ever seen it and she had to wait ages to take these pictures as, there were so many people at the window and taking pictures of their splendid Goblin Town diorama.  Inside she said all the branding and the bags remained the same (she was very brave, as a nineteen year old girl, stepping over the threshold!).  Now the real question is, is whether a move like this, iceberg like, may just be indicative of other radical thinking going on at Games Workshop now Tom Kirby is off.  Or not.

More interesting to me is that the Perry brothers have announced (via a comment from Alan Perry on TMP) that they will be doing a full range of Peninsula War figures.  I wish they'd stop messing about with "what if" wars in Canada and lovely but of very limited use Retreat from Moscow figures and get on with them  (but they are artists.of course). However, at the rate I paint it won't matter anyway!
I was hoping to get on with my Romans today but now my sister has announced that she is coming over to tea.  Better go cake shopping!

Posted by legatus hedlius at 10:24 am