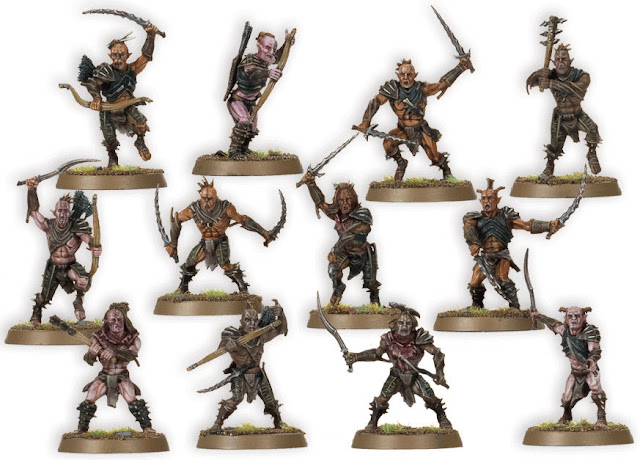 Here I am in rather hazy Dubai unable to paint at the weekend again so time, instead, to look at the new Games Workshop figures for The Hobbit.

I had been looking forward to the announcement about these since I found out at the Perry stand at Salute this year that the twins were busy working on them..  I found GW's rather pointless teaser trailers a bit annoying and five days ago for them to say that they may or may not be releasing figures at all was frankly ludicrous.  TMP readers seemed generally down on the quality of them, pictures having been leaked on a Spanish wargames site, saying that they were either too Warhammer-like, Finecast or too expensive. 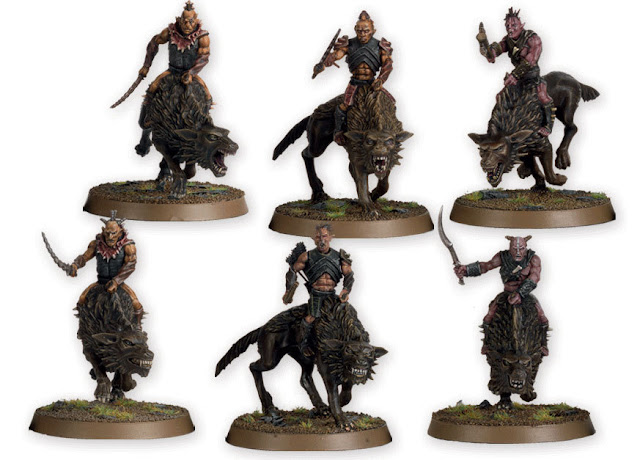 Well, I have looked at the pictures of them and so far I think they look good.  I can't imagine that New Line films would authorise miniatures that don't look exactly like the originals in the film, which is why the original Lord of the Rings figures are so much more anatomically correct than other GW ranges.

As to Finecast, I did buy a set (haven't painted them yet) and I thought they were excellent so I am not an automatic hater. 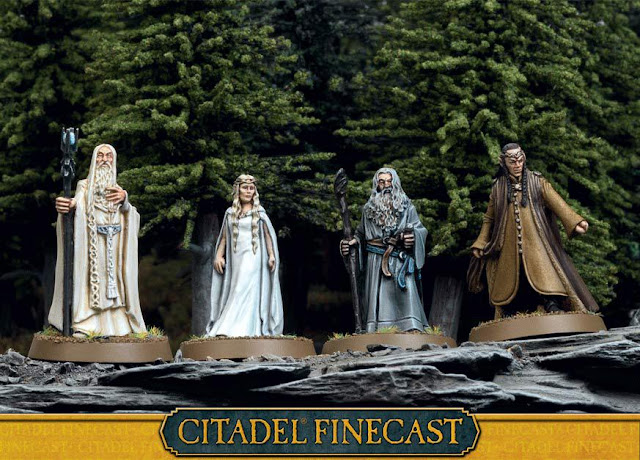 What did shock me was the price, however.  Now we have got used to seeing fantasy character figures going for around £4-£6 each, not a problem as you only need one, but £45 for four foot figures?  This is what GW are charging for the White Council set.  The figures are truly lovely and Gandalf looks exactly like Ian McKellen but £11.25 for one figure? For £45 I could get two bottles of Cloudy Bay sauvignon blanc, or a ticket to see the Crazy Horse girls on the South Bank, or five Osprey's or eighty Perry plastic Prussians... 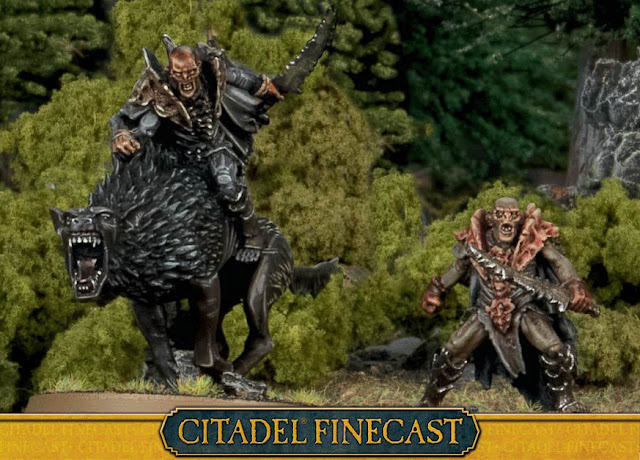 Here we have Finbul the Hunter on foot and mounted on a warg.  £25 for this set!  Now the ordinary troops are less than this but still expensive for plastics - £20 for 12 Hunter Orcs, for example.  Now, I am sure that I will end up getting most of these figures, despite the price, but will ration my purchasing so that I will paint as I go.  I enjoy painting GW's Tolkein figures but they are so detailed they take ages, so slowing my purchases will not be a problem.  If I was a fourteen year old with limited pocket money, however... 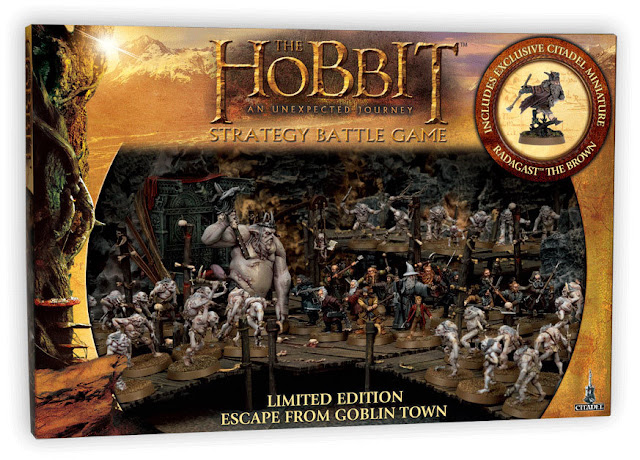 There is, as ever, an introductory boxed set, Escape from Goblin Town which includes a shortened version of the rule book (for Lord of the Rings: The Fellowship of the Ring you got the complete rule book with the introductory set), and 56 figures plus a scenic item for £75.  This seems better value and to ensure up-front sales they are making it a limited edition and offering a one-off Radagast the Brown figure with it.  I can't help thinking that, like the plastic Fellowship in the Mines of Moria set, the plastic character figures (Gandalf, Bilbo and the dwarves) will not be as good as the eventual Finecast figures they release.  At least £100 for the Finecast set I suspect. 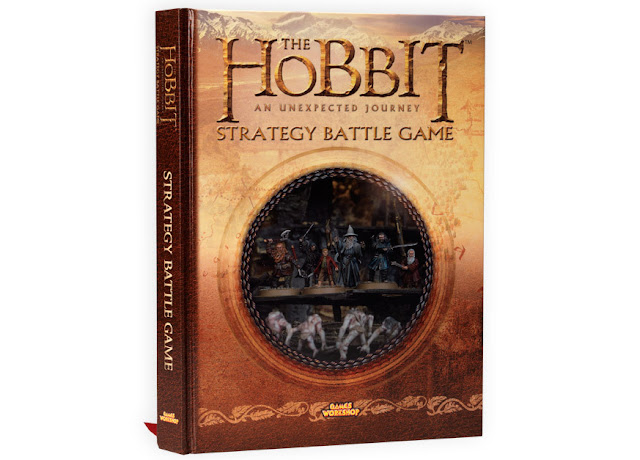 The standard rule book is, the now typical £50, for a 288 page book, which seems like a positive bargain compred with the White Council set.  I really wonder whether GW might have actually priced themselves out of big sales (and I'm sure these releases loom large in their corporate business plan for 2012/2013) with these prices.  Certainly I can't see the casual, non-wargaming, buyer picking these up as they did with the Fellowship of the Ring set (helped by their availability in a UK high street bookshop). 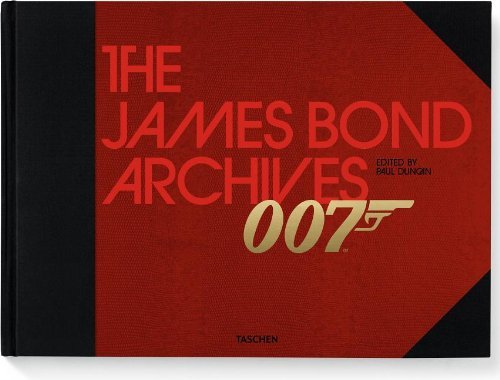 I don't mind paying for a quality product.  I just picked up the massive Taschen book The James Bond Archives for £70 (now £99, heh, heh) from Amazon.  It's so big you literally could attach four legs to it and turn it into a coffee table.  But it's a wonderful book and I am happy to pay that price for it.  But £45 for four 28 mm figures?  It's like the £5 they want for a small tube of Pringles in the Grand Hyatt Dubai where I am typing this.  "You're having a laugh!", as my son would say. 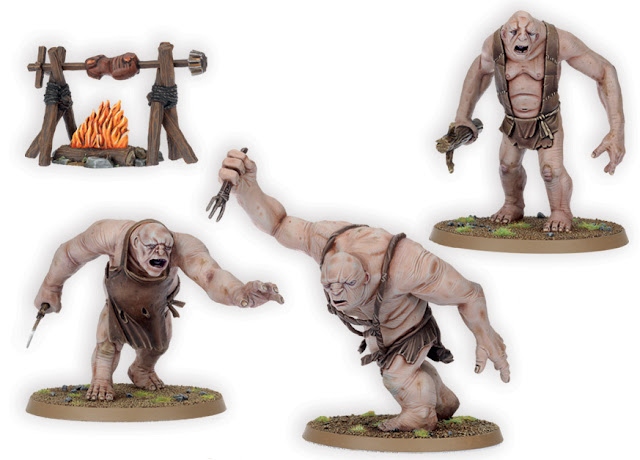 Now I really want these figures but what worries me is that if they don't sell (and launching figures costing this much in the middle of a recession is a big risk for GW) then they won't produce more for the other two films and where would my 28mm Battle of Five Armies be then?
Posted by legatus hedlius at 12:43 pm

Labels: Games Workshop, Lord of the Rings, The Hobbit