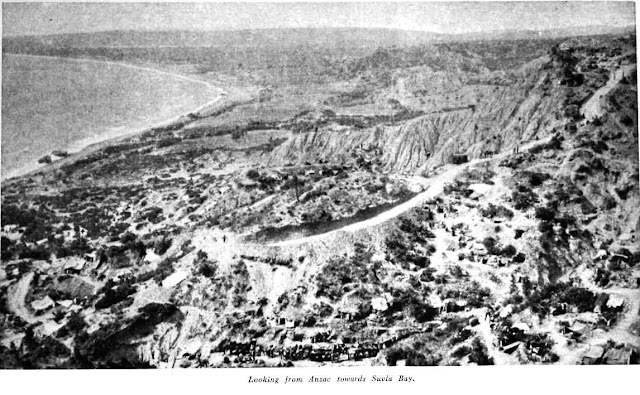 My sister came around today to show off her new metal wrist (you can feel the metal under the skin which is deeply creepy in a sort of Westworld/Terminator/Bionic Woman way) and to deliver me a new laptop which I haven't had the nerve to try to get going yet.  I was telling her about my visit to Turkey and my experiences with all the Australians doing the battlefield tours.

"Did you tell any of them your great uncle died at Gallipoli?" she asked. 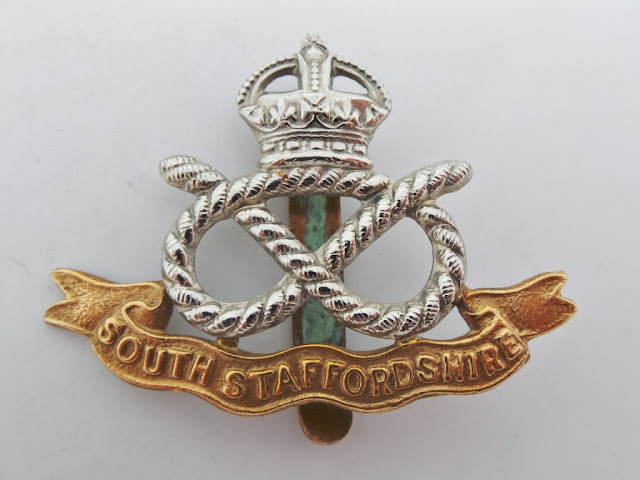 Edgar Emil Loynds was born in 1883 in Malmö in Sweden.  He came to England and volunteered for the South Staffordshire regiment as one of Lord Kitchener's New Army regiments formed from August 1914.  As part of the 7th Battalion (33rd Brigade, 11th (Northern Division)) he sailed from Liverpool in early July 1915.  On 6th August 1915 the battalion landed at Suvla Bay as part of a 20,000 man force facing 1,500 German-led Turks. They were the first New Army troops to see combat.  No sooner had they landed than they were told to dig in, losing any element of surprise and momentum and giving the Turks time to call for reinforcements.  The commander of the British forces, Lt Gen Sir Frederick Stopford, was so incompetent and indecisive he was relieved of command on 15th August.  Their opponents were more decisive.  When the Turkish reinforcements arrived on 8th August their commander, Feizi Bey, refused an order by their commander, the German General Otto Liman von Sanders, to attack, saying his men needed a rest. Sanders dismissed Feizi Bey on the spot and instead appointed one Mustafa Kemal in his place.  Kemal had his troops dig in and the fighting escalated on the 9th when Scimitar Hill, where the South Staffordshires were, was set alight by flames from the gunfire. The South Staffordshires were decimated so badly they had to be amalgamated with the remnants of the 9th Battalion the Sherwood Foresters in order to remain a viable unit.  In December, crippled by losses and illness they were pulled out and went to Egypt to defend the Suez Canal. 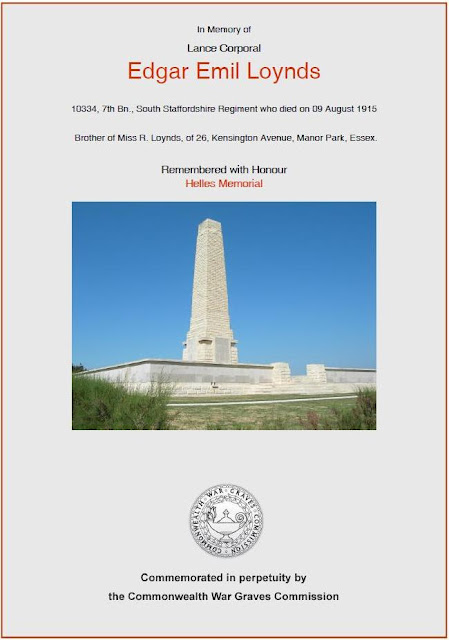 Not my great uncle, however, as he was killed on 9th August and his name is listed on the Helles Memorial in Turkey.  So, having wondered what all the fuss about Gallipoli was only last week, now I am thinking that if I go to Istanbul again I will have to take the day trip there.
Posted by legatus hedlius at 8:48 pm