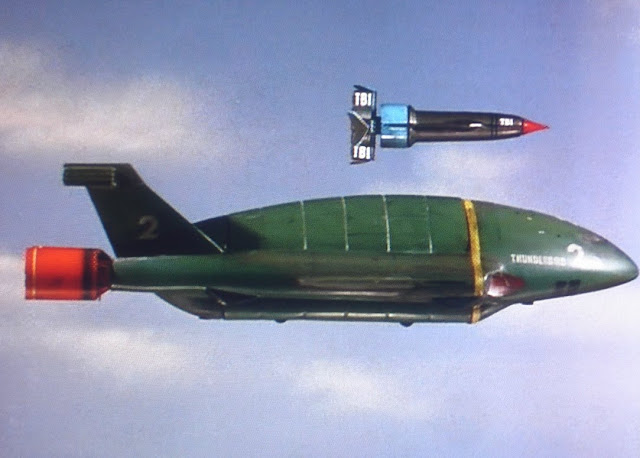 Or they were exactly fifty years ago today, when the very first episode of Gerry Anderson's series, Trapped in the Sky, was broadcast.  A five year old Legatus was watching it, as I had previously watched Stingray, Fireball XL5 and even Supercar. 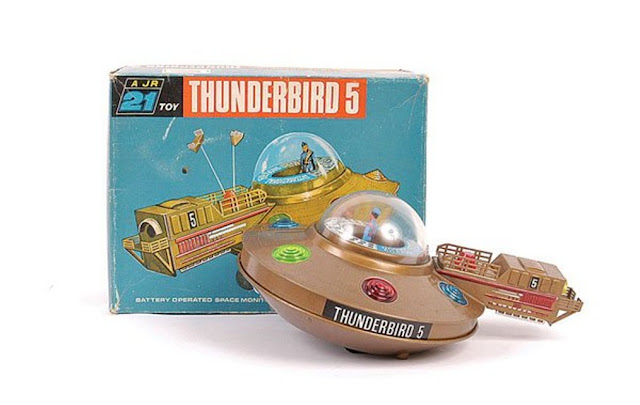 I had all the Thunderbirds toys, of course (even the largely unloved Thunderbird 5  - the model of which really looked only vaguely like the one in the TV series but had flashing coloured lights and would move randomly across the carpet, squawking), and wish I had kept them as they would be worth a fortune now.  My sister and I both had International Rescue hats too! 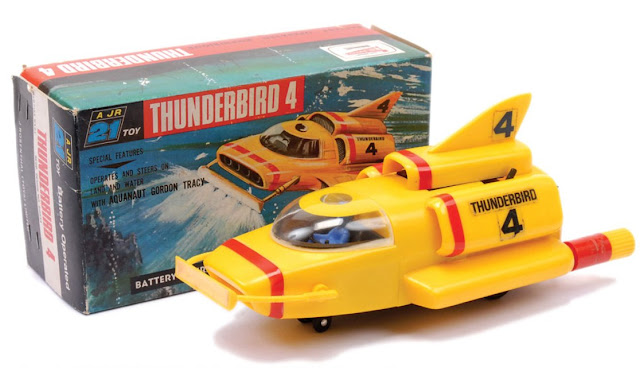 The most expensive Thunderbirds toy I had was a large Thunderbird 4 which also needed batteries and actually was waterproof enough to go in the bath, not that there was enough space for it, really.  Fortunately, Uncle Len, next door, had a swimming pool and it had at least one outing there. 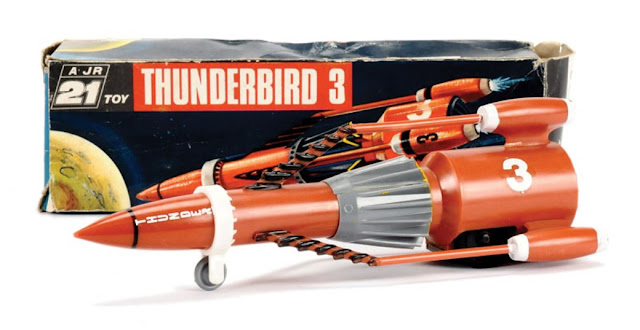 The Thunderbird 3 model offended my aesthetic sense as it had a nose wheel and a friction drive unit (where you could rev the wheels up, let it go, watch it streak across the carpet and then have an agonising second or two of worry that the nose would break when it hit the skirting board)  built in to the back which spoiled the lines of the original.  The Thunderbird 1 model had the same issues. 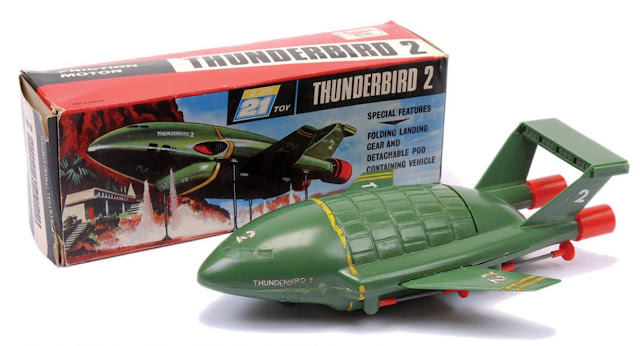 My favourite, of course, was Thunderbird 2, and I remember the strange metal legs which tucked up underneath it, as the sort of retractable ones on the TV show would have been impossible to do in a model.  They offended my aesthetic sense too, however, so when it was supposed to be flying in my games I used to pop them out and only replace them when it was supposed to be deploying the pod, up on its legs, so the little model of the Mole could get in and out. 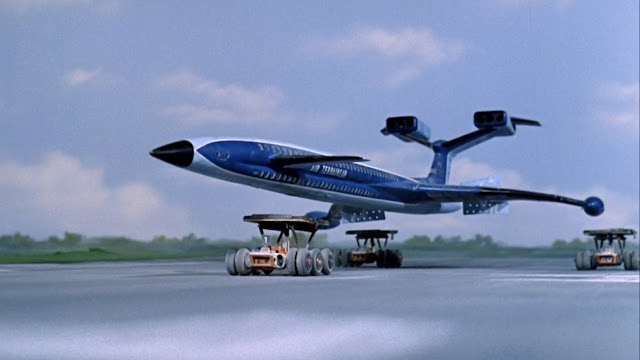 Trapped in the Sky was a marvellous episode and the sequence where they try to land a stricken Fireflash on the elevator cars is one of the greatest action sequences in sixties TV, driven along by Barry Gray's tremendous music.   Gray, who lived in Esher, about three miles from where I live now, produced some of the greatest TV music ever for Thunderbirds and it is very much the soundtrack to my childhood. 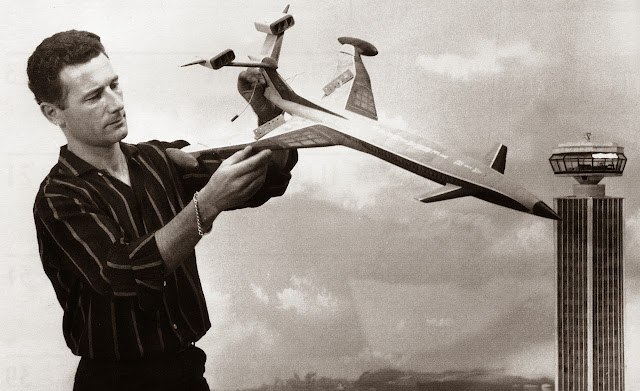 Derek Meddings prepares the Fireflash for Trapped in the Sky

People who haven't really watched it (twenty something journalists, usually) decry the terrible special effects in the original series but actually they are very good and special effects supervisor Derek Meddings would go on to a stellar career in feature films, including many of the Bond films.

A girl on the International Rescue team?  Get back into the kitchen and make the coffee like you're supposed to!  (Actually, she is the best thing about the new series)

I still love Thunderbirds and was delighted when it was re-shown on TV when my children were small so I could go and get, er, them, all the new toys.  I didn't let them play with them, of course.  They are all safe in their box in the loft!  Watching the new digital incarnation with its laws of physics defying movement, ugly vehicles and boy band characters makes me realise how very, very good the originals were.  More excitingly, a team have crowd funded a project taking some recordings made with the original cast which were released on LP record in the sixties and are adding new visuals using exact replica puppets and vehicles.  Thunderbirds as it should be!

Posted by legatus hedlius at 10:12 am